Americans have the luxury of viewing the drama surrounding the Greek vote to reject a European Union bailout of their bankrupt economy with some detachment. If Greece goes bankrupt, few American financial institutions are directly affected in even a minor way. The consequences for European unity and the future of the Euro currency are not unimportant to the global economy but, again, that is not something that will have immediate consequences for the United States. But the Greek crisis does teach us a lesson and we have Senator Bernie Sanders to thank for a reminder yesterday as to why Americans should not only care about what is going in Greece but should take a lesson from their folly. By endorsing the decision of a large majority of Greek voters to, in essence, keep spending without being compelled to pay their debts, the increasingly popular left-wing challenger to Hillary Clinton highlighted a basic difference between Democrats and Republicans about our own looming entitlement spending crisis heading into 2016.

Let’s specify that Greece’s situation is not directly comparable to the ongoing debate as to how to stop adding to the national debt that has grown exponentially on President Obama’s watch, adding to the admittedly dismal records of most of his recent Republican and Democratic predecessors. Though some politicians, like Rep. Paul Ryan, have sought to highlight the impending fiscal catastrophe unless entitlement spending is reined in, common sense on this issue has been hard to find. Out-of-control spending is a bipartisan affliction, but Democrats have consistently sought to derail debates about how to cap entitlements into partisan rumbles in which Republicans are depicted as wishing to throw wheelchair-bound grandmothers over the cliff. The result is that we continue to spend money that we don’t have (or rather have borrowed from China) but to add to the problem by creating new entitlements such as ObamaCare subsidies that may have a noble purpose but have also massively expanded the scope of government spending and power.

Americans are by nature an optimistic people, and many of us continue to think that we can grow or tax our way out of any problem we create. Growth is essential to the country’s future. But taxes that will depress an economy that continues to struggle despite an anemic recovery (while strengthening government) are not a sensible solution. While we can debate the right answers to the problem, what should not be in dispute is that Americans cannot afford to walk blindly into the future compiling debts that our children and grandchildren will be forced to pay. Nor can we continue to increase the burden of entitlement spending which ultimately compels the nation to sink further into debt.

That is why the Greek fiasco is so instructive for America’s own political debates. As our John Steele Gordon explained here last week, in essence, Greek voters have decided that they want to have their cake and eat it too. Having compiled debts via massive spending on entitlements of various kinds that they couldn’t pay for, the Greeks demanded that the rest of Europe bail them out. However, when presented with a bill for this assistance in the form of economic reforms that compelled them to live within their means, they cried foul. In the Greek context, a much-needed austerity program is viewed not as a necessary corrective to irresponsible spending, but as a form of oppression being imposed on them by wicked Germans. Though it is 70 years since the end of the Second World War, the Greek people, like many others, have a right to view the Germans with skepticism. But this dispute has nothing to do with the crimes of a previous generation and everything do with the question of whether some Europeans will be forced to pay for the profligacy for others without the irresponsible parties having to change their ways.

While our immediate situation isn’t quite so dire as that of Greece, Americans, too, continue to pile up debt while expecting others to pay. That happens in cities and states across the country where public employee contracts threaten to send municipalities into bankruptcy. And it is happening on the federal level as we continue to spend on a growing list of entitlements that cannot possibly be sustained in the future except with ruinous taxes that will cripple the economy.

The response to this problem from liberal Democrats like Bernie Sanders is very much like that of the Greek voters who don’t think they should balance their national checkbook or to stop spending other people’s money to give themselves what they want. The left says keep spending, break up financial institutions, and tax the businesses and investors who provide the engine for growth in order to pay for an ever-expanding government.

Though Sanders won’t be elected president next year, he is clearly in position to make a decent showing in some of the Democratic primaries. Consequently, he is pushing Hillary Clinton farther and farther to the left as she tries to compete with Sanders for the votes of Democrats who would probably prefer to nominate Senator Elizabeth Warren. That puts Clinton and other Democrats in a position where they will continue to be an impassible obstacle to the kind of entitlement reform the United States desperately needs no matter who wins the 2016 elections.

Rather than merely observing the agony of Europe and Greece with bemused indifference, Americans should think seriously about our own future. We’re a long way from being Greece, but the principle remains the same. The shift to the left among Democrats is an ominous sign that the notion of fiscal accountability is one that is equally applicable to American politics as it is that of Greece. We ignore the willingness of Sanders and other liberals to demagoguery about Europe at our peril. 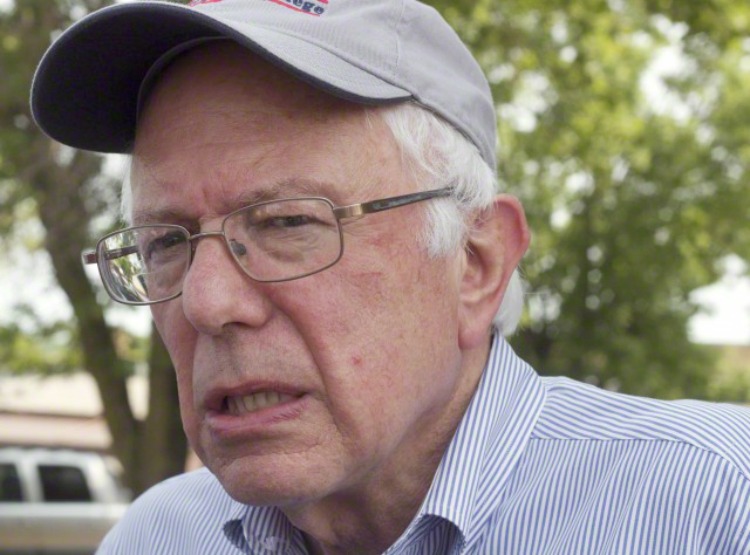