Last week’s shooting of two broadcast journalists in Virginia by an apparently crazed former co-worker was a uniquely horrific crime in that it was filmed and put on social media by the murderer. But the aftermath of this atrocity is quite typical of any murder involving gun violence. The incident generated an avalanche of calls for more gun control laws, including comments by President Obama, the parents of one of the victims, as well as the usual liberal media organs such as the New York Times editorial page. But now that we are moving past the period when such tragedies provoke the usual knee-jerk reactions from both sides, it might be the moment when we can ask for something that is curiously missing from the debate about guns in this country: honesty.

Advocates for more regulations, whether background checks for gun sales or more rigorous registration procedures tend to preface their arguments by claims that they don’t wish to take away guns from owners who possess them legally. But this is pure baloney. If the National Rifle Association — the object of most of the attacks of gun control advocates — opposes even regulations that are truly a matter of common sense, it is because the group and its members don’t believe those protestations and they’re right about that. If we are to have an honest discussion about changing our attitudes toward gun rights it ought to begin with an admission on the part of supporters of such measures that they do wish to confiscate weapons that are currently purchased and possessed legally.

No one can listen to the words of Barbara and Andy Parker, whose daughter Allison was slain in last week’s attack, without being moved. When they say they will “not be intimidated” into silence about the issue of guns, we believe them and sympathize. Yet, like the families of victims of the Newtown massacre and other such atrocities, it is difficult to draw a straight line between their goal of ending gun violence and any possible proposed law they might back. After all, their daughter’s murderer would have passed any possible background check procedure because he had no criminal record and, though he appears to have been insane when he committed these murders, had never been hospitalized for mental illness.

So when the Parkers speak of their resentment at those who oppose further infringements on the right to own guns, it isn’t immediately obvious what sort of laws they want Congress or the states to pass. They say they want parents to look their children in the eye and pledge that they are not willing to allow them “to be collateral damage in order to keep what some people perceive to be their constitutional rights.” Fair enough, but if background checks or assault weapon bans wouldn’t have stopped the mass slaughter at Newtown or Virginia, then what do they or outlets like the New York Times mean when they speak of constitutional rights or a plague of too many guns in America.

The Times concedes political reality when it noted that there was no chance that what happened in Virginia, any more than the horror of Newtown, was going to produce new gun legislation. While the NRA was widely slammed in the last week, just as they are after every notorious gun crime, they get a bum rap. Whatever you may think about the policies they advocate, if they couldn’t count on tremendous grassroots support from their millions of members, then they would have no influence on Congress.

But even if you think the NRA’s influence is disproportionate, it is fair to ask gun control advocates what their end goal might be. President Obama and other liberals continually tell us that the NRA is cynically inflaming the passions of their members by claiming that the left wants to take their guns away. But when the Times talks about too many guns and the “common sense” measures that liberals advocate wouldn’t have prevented any mass shootings, then what else are they talking about?

Liberals do believe America has too many guns and when they are being candid they give us a clear idea of what it is they want. Times columnist Nicholas Kristof did so last week when he urged Americans to follow the example of foreign countries like Australia that reacted to a mass shooting by severely restricting the right to own a gun. But the only way that could happen would be if we repealed our Second Amendment that guarantees Americans to right to bear arms.

The chances of doing that right now are exactly zero. But if we were to have an honest gun debate in this country as opposed to the Kabuki show involving victim families and sad-sounding liberal politicians opposed by unsympathetic NRA officials, getting rid of that amendment rather than pious talk about background checks would be the focus of discussion.

Mind you, I do not advocate any such thing as I believe the right to bear arms is part of our heritage as a free people. But I think we’d all be better off if the left spared us the euphemisms and the pointless arguments about the issue the next time a random tragedy gives them a platform to inveigh against the influence of the NRA.

In this sense, as I have written before, the NRA is much like the pro-abortion lobby, which opposes common sense restrictions on abortion (parental consent and no late term abortions) because they think anything that restricts abortion rights is the thin edge of the wedge of reversing Roe v. Wade. Just as pro-lifers really do want to do that, the NRA isn’t wrong when it says gun bans are merely the harbingers of efforts to do away with the Second Amendment.

If you really believe America has too many guns and want them to be as scarce as they are in most other western democracies, there is only one logical way to do that. That means changing the Constitution rather than measures that eats away at the margins of gun rights without actually doing a thing to prevent anyone — sane or insane, honest citizen or criminal — from getting or using weapons, either legally or illegally.

Liberals should consider this a challenge. Until they meet it and tell us what we all know they wish to do about guns, they should stop wasting our time. 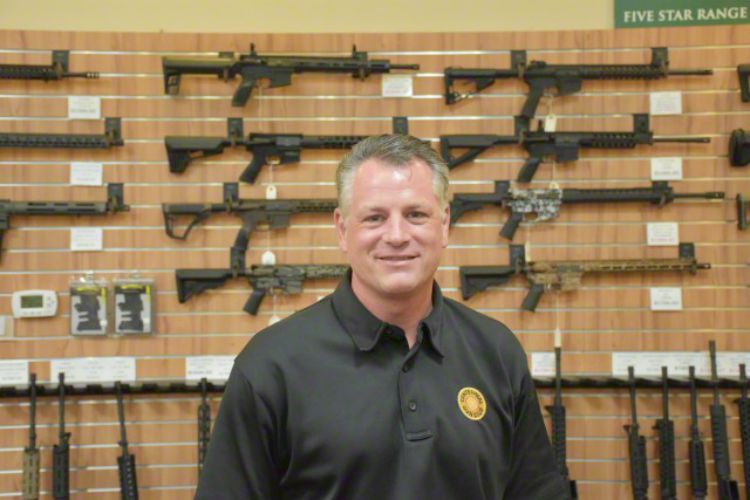