This week Facebook made nice with conservatives who were worried about reports of its censoring trending news to reflect the liberal bias of those who work for the social-media company. But maybe the conservative activists and media figures were worried about the wrong Internet giant. Yesterday, anyone who clicked on the Google home page saw a curious “doodle” honoring someone who most users had probably never heard of. But rather than the usual anodyne historical figure or celebrity, yesterday’s honoree was a woman who Google identified as “one of the most overlooked and dogged civil rights activists of our time.” Her name is Yuri Kochiyama and yesterday was her 95th birthday, but anyone who clicked on the image to learn more about her got an interesting introduction to a radical activist. If you went digging beyond that page, you learned that Google was honoring someone who was not only a champion of a cause that most Americans ultimately supported — reparations for Japanese-Americans interned during World War Two — but was also an associate of terrorist murderers and anti-Semites and a fan of Osama bin Laden.

Kochiyama was one of those Japanese-Americans who were rounded up from their homes and interned in camps after the attack on Pearl Harbor and later was part of the movement that campaigned for them to be compensated for that injustice. But most of her efforts as a “a civil rights activist” were in support of African-American radicals. She said that Malcolm X changed her life and redirected her efforts, from integration toward “liberation.” She was present at Malcolm’s assassination and was pictured in Life magazine cradling his head after he was shot. But her path, which for a while turned her toward Islam and the black nationalist cause, eventually shifted to standard-issue far left-radicalism.

According to Google’s celebration of her, she was a friend of Joanne Chesimard, the Black Panther and Black Liberation Army member who was convicted of several violent crimes, including the murder of a New Jersey State Trooper. Chesimard ultimately escaped from prison and is now living in Cuba. Kochiyama also worked to free Mumia Abu-Jamal, another cop-killer, currently serving a life sentence for the murder of a Philadelphia policeman, and she was associated with anti-Semitic poet Amiri Baraka. The Google celebration goes on to say she spent her last years “working to combat bigotry and profiling against Muslims.” But that description isn’t entirely accurate.

As the Washington Free Beacon notes, a sympathetic biography of Kochiyama, Heartbeat of Struggle by Diane Carol Fujino, reveals that she didn’t so much sympathize with American Muslims as support the 9/11 attackers. While all decent people should sympathize with her experience during World War Two, it turned her against this country in a way that caused her to embrace radical Marxism and to support anyone who attacked America, including bin Laden. She came to believe that “the main terrorist and the main enemy of the world’s people is the U.S. government.” She also said, “I consider Osama bin Laden as one of the people that I admire. To me, he is in the category of Malcolm X, Che Guevara, Patrice Lumumba, Fidel Castro, all leaders that I admire.”

What is most curious about the decision to honor Kochiyama is that the Google page about her noted that she was honored during March — which is Women’s History Month — by the White House Initiative on Asian Americans and Pacific Islanders. So the Obama administration has as many questions to answer about this as Google.

Modern American history is full of the stories of admirable protesters, including many women and social-justice advocates. The lives of such people are by their very nature controversial in the context of their times, but there is no doubt that there are many women who worked to end segregation; gain voting rights for the disenfranchised; and make the lives of industrial workers, women, and children better without embracing violence or hatred of America.

Yuri Kochiyama benefited from America’s freedoms and ultimately even saw the cause that affected her family — the internment issue — resolved in her favor. She agitated for many causes, some of which may have been just and others that were violent and destructive. Indeed, her biography shows backing for a laundry list of every ragtag radical anti-American, racialist, and pro-terror group to emerge after World War Two. She may have a place in the history of radicalism and even a footnote in the story of American women. But a woman who celebrated the mass murder of Americans and admired the man who plotted that crime is not someone who should be celebrated or considered a role model for women, Asian Americans, or anyone else.

May 19th may have been Yuri Kochiyama’s birthday, but it should also have been the day that some of us started thinking a little differently about Google. 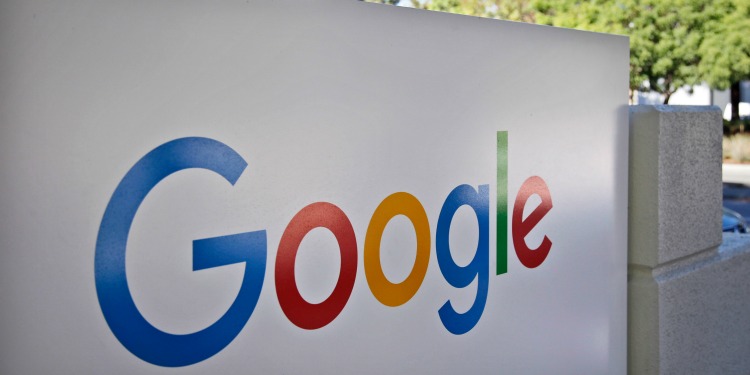