The tragic plight of the Palestinians is a staple of modern journalism and, to some extent, the attention paid to the subject is justified. The Palestinians are caught in a century-old conflict in which their national beliefs seem to have left them no option but to carry in with a self-destructive struggle. But though their position is far from ideal, they are the beneficiaries of the sort of international attention that the poor and/or downtrodden caught in equally difficult circumstances might envy. That attention — driven in no small measure by antagonism against Israel and the Jews — has resulted in endless billions being poured into the West Bank and Gaza by foreign donors. But what is generally not known is how much help the Palestinians get by the people so many of them revile: Jews.

As the New York Times reported on Sunday, much the funds for a new project to bring solar polar to Palestinian farmers in the West Bank comes from American Jews. But the Palestinians were very clear about the kind of aid they would accept. They’d accept money from the Jews but only as long as they could prove all those involved in the project had no ties to Jewish settlements in the West Bank. That means that the Jewish National Fund wasn’t welcome to participate even if it was itself a primary funder of an Israeli organization that is also helping the solar project.

Confused? So are those involved if they think their efforts will do much to resolve the conflict, so long as they are catering to Arab sensitivities about which Jews are worthy of helping their struggling communities.

The project is providing $100,000 worth of solar panels that are being provided to 45 farm families in the Jordan Valley village of Auja. Reportedly, this is the first time that a substantial project is being funded by Jews and Muslims in the United States and is being implemented by Israeli and Palestinian members of a technical team. Given the demonstrated inability of the Palestinian Authority that governs Auja to provide services to its people, it is much needed. It’s also being lauded as an example of how such efforts can build a spirit of coexistence between Arabs and Jews that can serve as a foundation for peace.

But it’s a curious kind of coexistence since it is predicated on the Palestinians being supported in their policy of shunning their Jewish neighbors in nearby settlements. Moreover, the Jewish leadership of the Build Israel Palestine group that is sponsoring the idea is supporting this sort of fastidiousness.

The argument for such projects makes sense both in a philanthropic and political sense. Palestinian poverty undermines any hope for the stability of the region. Helping Israel’s neighbors to be able to provide energy or other resources for themselves is also preferable to simply doling out aid, as is the practice of the United Nations Relief Works Agency. UNRWA, the UN’s agency that is solely devoted to the Palestinians (one other UN group provides for all of the rest of the refugees in the world) pours large amounts of money into the decades-old refugee camps, but does nothing to resettle Palestinians or to provide sustenance that enables them to do anything but to wait and plot Israel’s destruction.

But as laudable as the Auja project may be, the willingness of Jewish donors to go along with the Palestinian demands about no connection to settlements does nothing to sustain hope for peace. To the contrary, it both feeds the illusion that Israel can be compelled to make more unilateral concessions in the absence of the Palestinians being willing to make peace.

Even if one believes, as most Israelis do, that the ideal solution to the conflict is two states for two peoples, the disposition of territory is a matter for negotiation, not a diktat from the Palestinians. This is important when one considers that the reason why all the Jews who are supporting the Build Israel Palestine have disassociated themselves from JNF, which is the primary funder for all environmental projects in Israel. The reason why JNF (which is separate from its sister group based in Israel) is anathema to those helping Auja is because although almost all of its efforts are confined to the parts of the country that were part of Israel before June 1967, it does fund two projects in the Gush Etzion bloc south of Jerusalem.

This is significant because although Gush Etzion is on the “wrong” side of the 1967 lines, the communities there are build on land that was settled by Jews prior to Israel’s independence in 1948. But those settlements were overrun and their inhabitants either massacred or driven off by the invading Jordanian forces. The rebuilding of those communities isn’t a matter of taking “Arab land” or even, as is the case with most of the settlements, vacant or state land with no owners. Gush Etzion is also part of the settlement blocs that even the Obama administration has acknowledged would remain part of Israel even in the event of a peace deal is ever signed. So in what way is JNF’s help for projects there an offense to the Palestinians of Auja or anywhere else?

While supporters of the Auja project have every right to give their money to any project they think worthy of their support, by agreeing to shun the JNF, they are sending the Palestinians a message that Jewish life in Gush Etzion has no legitimacy. But there’s more at stake in this controversy than that single point. Palestinian public opinion not only makes no distinction between remote settlements that would be given up by Israel in a peace deal and places like Gush Etzion that they will never obtain. They also make no distinction between West Bank settlements and Jerusalem or, for that matter, any part of Israel. If even the supposedly moderate leader of the Palestinian Authority views all of Israel as “occupied” territory, in much the same way that Hamas believes the struggle against “occupation” involves the effort to evict the Jews of Tel Aviv as much as those of the Jews who live near Auja, then what hope is there for peace.

The conflict will only end when Palestinians are willing to accept that coexistence means accepting the legitimacy of a Jewish state no matter where its borders are drawn. But with Jewish donors willing to not merely tolerate Palestinian rejectionism but to in a sense condone or support it, there is little incentive for them to change. By not working to create a sea change within the political culture of the Palestinians or acquiescing to boycotts of some Jews, the well-meaning supporters of Build Israel Palestine are actually doing as much if not more to perpetuate the conflict as those who support the settlements. That’s a hard truth for those who accept the myth that it is the settlements rather than Palestinian intransigence that is the obstacle to peace. But instead of venting their spleen at an organization like the JNF, which does so much to help build and preserve the Jewish state, they need to send a message to their Palestinian partners — who have repeatedly rejected peace offers that would have create a Palestinian state — to look in the mirror when they wonder why the conflict continues. 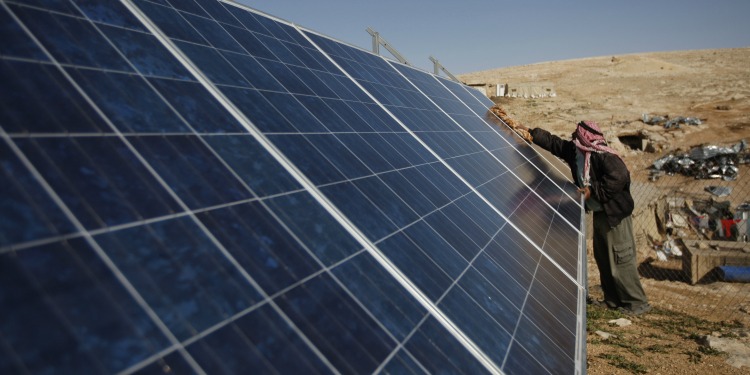