Earlier this week, Israeli Prime Minister Benjamin Netanyahu met with Russian President Vladimir Putin about Moscow’s military build up in Syria. But though relations between Israel and Russia have been relatively friendly in recent years, Netanyahu got no more satisfaction from Putin than he has recently received from President Obama. The authoritarian leader assured him that the Russians in Syria had no hostile intentions toward Israel and that the tottering Syrian government was too tied up fighting for its life against ISIS and other rebel groups to pose any threat to it either. Both those assertions are probably true. But what was missing from that reassurance was any promise that Russia’s main ally in propping up the Assad regime in Damascus would not use the chaos in Syria to undermine Israel’s security. The collapse of Syria has allowed Iran a way to open a new front against Israel as Hezbollah forces have consolidated their hold on part of the border with Israel. If Israel is upset about what is going on in Syria, it isn’t so much its concerns about the efforts on the part of the Russians to prop up Assad and assure security of its base at Latakia. Rather, it is the way the financial windfall Iran will receive as a result of signing the Iran nuclear deal is enabling it strengthen both Hezbollah and Hamas.

During the debate about the nuclear deal, President Obama vacillated between optimism about Iran changing as a result of its dealings with the West and a belief that safeguards existed to prevent Tehran from upsetting the balance of power in the region even if it didn’t change. The administration had been pressed about Iran giving some of the vast wealth that would pour into its hands from the release of $100 billion in frozen assets and the gold rush of Western companies heading to do business with them once sanctions are lifted. But its response was to claim that Tehran would be too poor and Western scrutiny would be too great to allow Iran to invest heavily in its terrorist allies.

But if reports from the region are to be believed, Iran hasn’t even waited for the deal to be put into effect to start reinforcing both terror groups. Growing financial support from Iran has enabled Hezbollah to purchase large stores of advanced weaponry from the Syrian government. Apparently, a lot of what the Russians have given to Assad has now been sold to Hezbollah and paid for in Iranian cash. That means that despite Putin’s disclaimers, Russia is responsible for the Hezbollah arms buildup. But the main culprit is the Lebanese group’s Iranian master. Tehran has skillfully exploited the disintegration of central authority in Syria in order to allow Hezbollah to establish an armed presence in the country under the cover of helping Assad.

Much of the Obama administration’s Syrian strategy — if we can dignify it with that term — has revolved around a belief that cooperation with Iran can resolve the nuclear standoff and help defeat ISIS. That’s why the president backed off on his “red line” threats to bomb the Assad government after it used chemical weapons. And it’s why the U.S. has been relatively quiet about the way Iran has inserted itself into the Syrian civil war with its own troops and Hezbollah auxiliaries.

Abandoning all of the West’s previous positions and bribing Iran enabled Obama to get the Islamist regime to sign a nuclear accord. But Iran détente with hasn’t defeated ISIS or stopped the Iranians from doubling down on its efforts to threaten Israel from both the north and the south.

Hamas is already benefiting from Iran’s largesse as it uses desperately needed cash to prop up its bankrupt government in Gaza and to build new terror tunnels and other fortifications that will enable it renew hostilities against Israel. Yet the real danger to Israel is the possibility that Hamas and Hezbollah can act in concert to place intolerable pressure via rocket attacks that will place the entire Jewish state under fire. Iran’s adventure in Syria makes such a scenario even more possible.

Hezbollah’s goal in Syria is not just to do Iran’s bidding to help Assad. They seek to establish the ability to fire rockets from Syrian soil into Israel. Their reasoning is that shooting at the Jewish state from Lebanon will invite massive Israeli retaliation and undermine support there for Hezbollah’s activities. But if such fire is coming from Syrian territory it will make it harder for Israel to retaliate in such a way as to hurt Hezbollah politically.

The result of this activity is to show that far from moderating Iran, the nuclear negotiations have only encouraged it to increase their already considerable backing for terror groups. Even if we assume that Iran will observe the terms of the deal that enable it to build a bomb once it expires, recent events show that in the meantime it will use its growing financial muscle to strengthen its grip on regional power. That is a recipe for more bloodshed in the region as well as a deadly threat to Israel. Détente with Iran never made much sense even if the discussion was limited to nuclear concerns. But the administration’s adamant refusal to bring the question of terrorism and threats to Israel into the negotiations has paid off for the ayatollahs. The regime is flexing its muscles in a way that has already vindicated Arab fears of Iran using the nuclear deal to pursue regional hegemony. 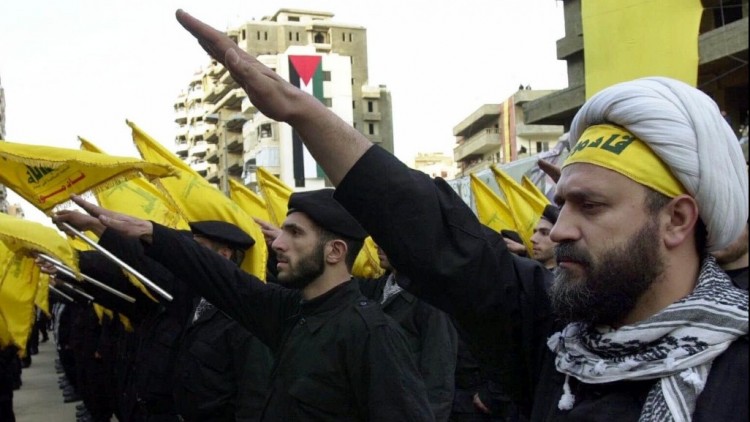