Pity Hillary Clinton. She thinks being the Democratic candidate that knows more about policy, how Washington and the economy works, and really anything about foreign policy ought to entitle her to her party’s presidential nomination. But as we saw in Thursday night’s PBS debate with Bernie Sanders, that really isn’t enough. After not taking her opponent seriously for several months, the former First Lady and secretary of state now understands that she is in the fight of her life with Sanders. And with the tacit support of President Obama, she thinks she has the winning card in any Democratic primary fight. But as this debate proved again, in a year in which voters on both sides of the political aisle are telling us they are fed up with the status quo and establishment cronies, Clinton can’t pretend to be an insurgent or anything but a veteran power broker. Worse than that, with Sanders and his youthful fans setting the tone in the Democratic race, she finds herself in a desperate race to the left that she can never win.

Media analysts who think Clinton won the debate on points or by being the most informative miss the point about both the public’s general mood and the needs of the Democratic base. It’s true that she has a more in-depth understanding of a variety of domestic policy questions. That advantage is even more pronounced when it comes to foreign policy a topic on which Sanders is clearly at sea. His answer to virtually any question about the challenges facing the U.S. abroad is to remind us that he opposed the decision to invade Iraq. Though Clinton is vulnerable to criticism about her failures as secretary of state in Syria and with Russia, she nevertheless comes across as more responsible than Sanders. That’s especially true when he talks about imaging himself talking the Iranians out of support for terrorism.

At home, Sanders promises Americans the moon in terms of universal health care, free college tuition, and a vast expansion of entitlements that will all supposedly be paid for by the rich; a promise that is as credible as Donald Trump’s assurance that the Mexicans will pay for the wall on the Rio Grande.

But in spite of all this, Clinton is losing ground to Sanders. That was something that was made all too clear on Thursday night. Even in a debate in front of a friendly audience and with gentle questioning from PBS hosts that astonishingly failed to mention the latest developments in the FBI criminal probe of her mishandling of classified material, Clinton found herself desperately engaged in a competition to determine which Democrat was more prepared to denounce Wall Street and to pander to the party’s left-wing base. For all of her advantages in this race, including a rigged delegate selection process that allows party hacks to vote for her even though their state’s voters may choose Sanders, more money, and a better command of the issues, that is a battle she can’t win.

The reason why a 74-year-old socialist has put the fear of God in the vaunted Clinton political machine has nothing to do with him being better prepared for president and everything to do with the passion for leftist political goals that she can’t match. Clinton has an answer for everything, including her cozy relationship with the same Wall Street billionaires that grassroots Democrats despise. But she had no answer when Sanders reminded viewers that her attempt to claim that her billionaire donors expect nothing from her is an insult to the intelligence of the American people. When it comes to appealing to her party base, Hillary is hopelessly outclassed.

The inner contradictions at the heart of Clinton’s career were exposed in that one moment. In a clarifying non-answer to an intelligent question, Clinton couldn’t explain why contributions from billionaires to Republican candidates are corrupt but the boatload of cash that has been given to her from equally rich donors is not. Indeed, if donors can’t influence Clinton and President Obama, it raises the obvious question as to why such contributions should be eliminated.

Sanders does occasionally exhibit leftist tics that illustrate why he is something of a political dinosaur. Not satisfied with attempting to relitigate the debate over the Iraq War, he seemed willing to refight the Vietnam War when he tore into Clinton for counting Henry Kissinger as an adviser. One imagines many of his millennial fans were Googling the name as the pair engaged in a rehashed argument that gave the evening the feel of a 1970s coffee house debate between leftists and liberals.

But even there as he seemed to want to drag his party back to the zeitgeist of the 1960s, Sanders came across as an authentic avatar of liberal Democratic passions. It’s little wonder that young Democrats are turned off by a frontrunner that sounds as stale as she is scripted and enamored of a challenger who appeals to their distrust of the moneyed party establishment and unencumbered by any reticence about promising a pie in the sky massively expanded social Democratic government.

Nevertheless, Clinton does have one card to play, and she did so as often as she could. She wrapped herself in the mantle of Barack Obama as if he were the flag and blasted Sanders for having the effrontery ever to question Dear Leader. Like so much of what she says, Clinton’s cloying praise for Obama rings false on a lot of levels. But it is crucial if she is going to maintain an advantage over Sanders among African-American voters. Will that be enough to enable her to win Democratic primaries in South Carolina and throughout the South that are dominated by black voters? Maybe. Obama is an iconic figure for minorities and it is entirely possible that these voters can be convinced to view even Sanders’s mild dissent from the left about some of what Obama has done to be a case of disrespect that must be punished.

But blacks may not be immune to the leftist tide that is sweeping through the Democratic Party. The magic of the Clinton name is great, but it is also as dated as some of the liberal-left arguments heard in the debate. Sanders’ credibility and passion are such that Clinton’s edge among African-Americans may prove to be flimsier than she and her panicked staff thinks it is.

Clinton’s camp may be forgiven for looking at the PBS debate as more proof that Bernie doesn’t hold a candle to Hillary in terms of knowledge and experience. But what they are still having trouble understanding is that Sanders’s authentic leftist views are made all the more attractive by Clinton’s careful wonkish answers and her credibility challenged responses on Wall Street. The Democratic cake may already be baked with superdelegates to guarantee her nomination. But Sanders’ ability to articulate what it is that liberals actually believe gives him an edge over Clinton that shouldn’t be underestimated. 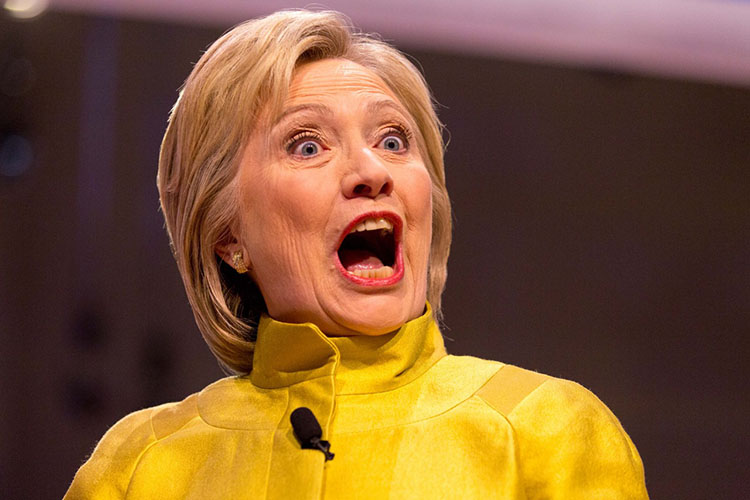