Several leading members of the Democratic Party have reacted furiously to the Obama administration’s betrayal of Israel at the United Nations last week. Incoming Senate Minority Leader Chuck Schumer described the U.S. decision to allow the passage of a biased resolution effectively branding Israel as a rogue state as “extremely frustrating, disappointing and confounding.” Senators Richard Blumenthal, Chris Coons, Ron Wyden, and Mark Warner agreed. Blumenthal even called it “unconscionable.” But their protests were not bolstered by any groundswell from the party’s grass roots, which, along with the overwhelming majority of the Democrats’ liberal-media auxiliaries, rallied to the president’s defense and parroted the administration’s excoriation of Israel.

President Obama was careful to wait until after the presidential election to move against Israel since injecting his tilt against Israel into the campaign would not have helped Hillary Clinton’s faltering efforts. Nevertheless, Obama must know that his parting shot at Israeli Prime Minister Netanyahu has implications for the future of his struggling party. But the party’s growing left-wing faction, led by Senator Bernie Sanders and figures like Rep. Keith Ellison, doesn’t care. These figures share Obama’s disdain for the Israeli government and have no qualms about a measure that strips Israel of leverage in peace negotiations, brands hundreds of thousands of Jews living in Jerusalem and settlement blocs as outlaws, subjects Israeli officials to possible prosecution in international courts, and gives new life to the BDS movement waging economic war on the Jewish state. Nor, other than a few Congressional leaders, do many Democrats seem concerned that on their party’s watch, the U.S. has signaled approval of the Palestinians’ end run around negotiations, effectively killing the peace process.

For years, many Democrats have complained about Republican claims that the GOP had become the pro-Israel party. Democrats argued that such assertions politicized what should to be a bipartisan issue. But this ignored their party’s steady drift away from support for Israel. Under Obama that trend ceased being a matter of nuance and became a political fact. Eight years after Obama openly declared his goal to have more “daylight” between the United States and Israel, his strategy has created an open breach.

Large numbers of Democrats still count themselves as strong backers of Israel. Yet Obama was able to count on their silence or acquiescence as he went from ginned-up spats with Netanyahu to a rapprochement with Iran and now to a sea change in U.S. policy. Obama’s latest move leaves the Jewish state isolated on the world stage at a time of growing anti-Semitism.

One year ago, I wrote in COMMENTARY about what we termed the “Democratic Divorce from Israel.” In the last 12 months, concern about the Democrats’ abandonment of their former stance as a uniformly pro-Israel party has only grown.

The split among Democrats was put on display during the Democratic primaries, when Clinton’s support for Israel’s self-defense contrasted with Sanders’s UN-style canards about the 2014 Gaza campaign. But while Clinton won the nomination, Sanders’s position was embraced by the party’s liberal activist base. Clinton’s defeat will only accelerate the left’s march to ascendancy. That a virulent foe of Israel like Keith Ellison has received support(including the backing of Schumer) in his campaign for the DNC post indicates which way the wind is blowing among Democrats.

Obama’s UN betrayal was not so much a turning point as the logical conclusion of a long-term trend with inevitable consequences. Nor does Obama’s exit from the White House leave the way open for a comeback for pro-Israel Democrats. Even in retirement Obama will be the party’s most prestigious and popular figure and could continue with his vendetta against Netanyahu and Israel (think Jimmy Carter on steroids). Additionally, the leftist faction that despised Clinton and seems likely to be calling the shots in the coming years is sympathetic to attacks on Israel.

It would be a tragedy both for Israel and the United States if support for Israel became one on which partisan affiliation determined opinions. But the problem here is not the lockstep support for Israel that has become nearly universal among Republicans and which is manifesting itself in the positions taken by the incoming Trump administration. Rather it is the ease with which Obama was able to abandon Israel without significant pushback from his party. And an ascendant left wing will only continue the trend. It remains to be seen whether what’s left of the pro-Israel faction in the party—both among elected officials and its major donors—have the will or the numbers to reverse what seems now to be an inevitable slide toward hostility to the Jewish state. 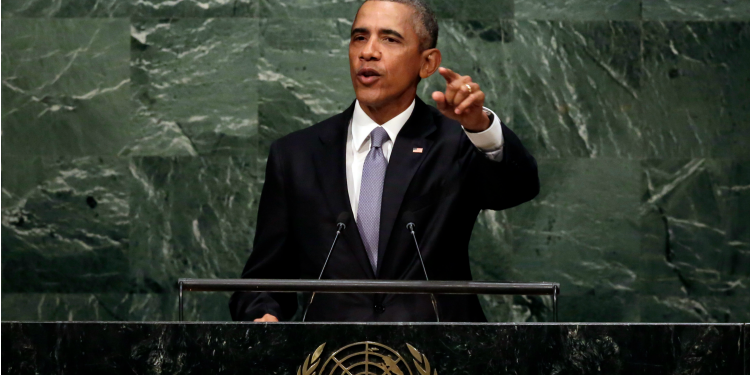