With the leak of an International Atomic Energy Agency report about Iran’s work on military research to the Associated Press, the last obstacle to implementation of the nuclear deal struck by the West with Tehran has been removed. The good news for the deal’s advocates is that the IAEA says there is no proof that Iran worked on creating a nuclear explosive device after 2009, although it admits its work is inconclusive. There are reasons to doubt that Iran stopped working on nukes at sites that we don’t know about. But even if we accept the notion that they did stop at face value the UN agency’s work gives us plenty of reasons to worry. After a decade of denying that it had ever worked on a nuclear weapon, the IAEA’s conclusions about the pre-2009 period are definitive. There is no longer the slightest doubt that Iran was working to create a nuclear weapon before 2009. In other words, the Iranian government lied. And it continued to lie throughout the negotiations with Obama administration and Western allies. The question the president and others who actually think the nuclear deal is a reasonable solution to the problem of the nuclear threat must answer is if Iran lied for so long, what makes them think the Islamist regime is willing or even capable of telling the truth and abiding by the terms of the pact they’ve signed with it?

There are two big problems with the IAEA report.

One is that we know that the IAEA’s access to the one Iranian site where work on “possible military dimensions” — PMD — of their nuclear program was limited due to the terms of a side deal struck with Iran. As we learned over the summer while the debate over the deal was going on, the IAEA agreed to serious restrictions on its access to the Parchin military site. Even more troubling, when the IAEA did their best under the circumstances to find out what had happened at Parchin, they discovered that there had been new construction had taken place at a place that apologists for the agreement claimed had long been moribund. Just as bad was the fact that during the course of their investigation, the IAEA discovered that some important equipment known to have been at the site was now missing. That makes it more than obvious that Iran was making efforts to sanitize the site and make it difficult if not impossible for the UN to test the site for activity. Yet it doesn’t appear that the new report will solve either of these mysteries. It seems that the nuclear watchdogs have simply thrown up their hands

The other troubling aspect to the impending publication of the IAEA’s findings is that we know that Iran has been pressuring the agency and the Western nations that signed the deal that it would never agree to the implementation of the accord unless the PMD issue was put to rest. Though Iran has a lot more to gain from the deal going forward, President Obama has always acted as if the opposite was true. Though Iran will get what may be up to $100 billion in frozen assets and a further windfall once sanctions are lifted, the president seems to think a deal that, at best, delays an Iranian bomb for a decade, is a better deal for the West.

That means that the onus was on the IAEA not to mess up a deal those Western governments desperately wanted. Moreover, if they returned a negative verdict or highlighted the problems and mysteries about Parchin, they would, in effect, put themselves out of work since that would likely end any inspections. As with the negotiations with Iran, the IAEA may have persuaded itself that it was better to proceed with the deal than to hold it up by insisting on learning everything about their military research.

That sounds pragmatic and maybe even smart. But that couldn’t be farther from the truth.

What happens now is that the deal will go forward, and Iran will get everything it wants including the end of sanctions and vast sums of money that can be spent on aiding its terrorist allies preparing for war against Israel or destabilizing moderate Arab regimes. But it will never have to admit that it lied about its nuclear program or even give the UN or the U.S. information about how much progress it made toward weaponizing its program. Meanwhile, its nuclear research will continue, and it can count on being able to produce a bomb after the easily evaded deal expires.

Even if, for the moment, we leave aside the fact that by keeping the terms of the side deal about Parchin, the administration failed to comply with U.S. law and rendered its adoption illegal, this is deeply troubling.

At the very least, the IAEA report now proves beyond a shadow of a doubt that the Iranian regime has been lying to the world about its nuclear program. The talk about a fatwa from the Supreme Leader against making nuclear weapons was, of course, a ruse. So, too, are the assurances from Iran’s “moderate” President Hassan Rouhani about its peaceful intentions.

The lack of conclusive information about PMDs also means that Western estimates about Iranian “breakout” time to a nuclear weapon are mere guesses, not reliable calculation. And with the Parchin precedent firmly in place, it now appears that the IAEA hasn’t the will or the desire to upset the apple cart by pressing for truths that might illustrate just how fraudulent any further assurances about military research are. That makes it clear that any Iranian cheating will be treated as a minor detail that isn’t important enough to blow up a process that the West is already heavily invested in.

Though treated as a sidebar to the main arguments about the nuclear question, the investigation of Parchin has turned out to be highly instructive. We now know that the deal isn’t likely to be enforced. Unfortunately, so do the Iranians. 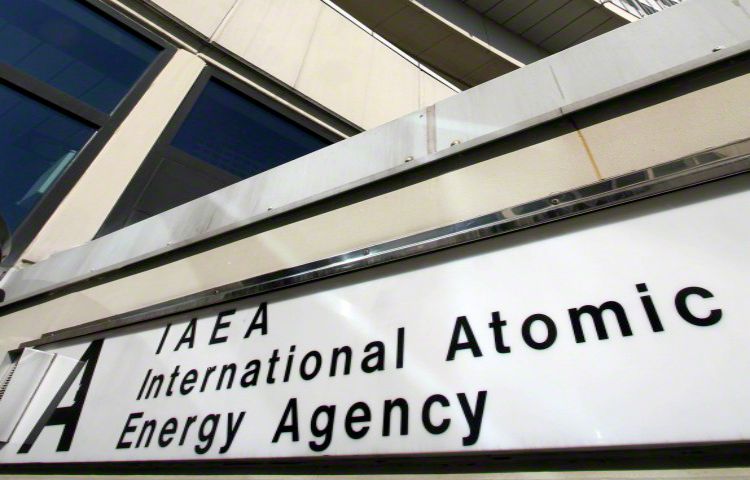