The Boston Globe is reporting that two brothers from South Boston who beat up a Hispanic man who was homeless claimed that they were partly inspired to the crime by Donald Trump. Trump has stirred up a lot of passion on the right by his inflammatory language and willingness to push the envelope in his comments about illegal immigration. His remarks about Mexicans coming into the country being rapists and drug dealers were both offensive and inaccurate. But blaming Trump for this crime is more than a bit unfair. As much as I disagree with him, he hasn’t called for violence. The two alleged assailants have criminal records and were, according to the Globe, on their way home from a Red Sox game at Fenway Park. It’s likely that Trump had a lot less to do with their actions than the alcoholic beverages they may have consumed and their own violent inclinations. But the incident does remind us that while concerns about illegal immigration are both serious and legitimate, we also have a long tradition of xenophobia and nativism in this country. That’s why the Boston incident and the growing discussion about the use of the terms “illegal immigrant” and “anchor babies” illustrate the perils of the immigration debate. Blurring the line between defending the rule of law and promoting hate is a dangerous business. But neither should we confuse sterile political correctness for a genuine concern for civility.

As the New York Times reports today, both Trump and GOP presidential rival Jeb Bush have come under attack from Democrats for using the term “anchor babies.” The term refers to the children of illegal immigrants who are born in this country and thus have a constitutional right to citizenship. Immigrant rights group consider the term offensive. They also are outraged about the use of the term “illegals” which they also see as a term of abuse.

Trump’s incendiary statements about Mexico and his leading the Republican Party down the rabbit hole of debate about the 14th Amendment and birthright citizenship has been counter-productive. But the moment at which these terms become the focus of discussion is the point at which a serious debate descends into the realm of politically correct nonsense.

As the Times notes, the American Heritage Dictionary included the term “anchor baby” in their 2011 edition but was subsequently forced by protests to term label it as an offensive term. This is foolishness.

The law has always been interpreted as granting the right to citizenship of any child born on American soil even if their parents are foreigners. I think it would be wrong to change that now. Americans have always been a nation of immigrants and birthright citizenship is part of that tradition.

But it would be absurd to pretend that infants born to illegal immigrants don’t play a role in their parents’  efforts to stay in the country. Moreover the term is clearly neutral in its language and devoid of anything that even implies a racial or ethnic slur. It merely refers to the fact that those born under such circumstances serve as an anchor that gives their relatives an edge in escaping the consequences of coming here illegally.

Even more ridiculous is the effort to transform “illegal” into a hate word.

Back in 2012 I wrote here about the way NPR’s Maria Hinojosa dragged Holocaust survivor and writer Elie Wiesel into the discussion. She recalled a conversation with the Nobel Peace Prize winner in which he claimed that labeling someone as “illegal” was akin to what the Nazis did to the Jews.

With all due respect to Wiesel, this analogy is off base. The Nazis dehumanized Jews and treated their very existence on this planet as illegitimate. Those who wish to enforce America’s immigration laws don’t wish to exterminate all Hispanics or even all illegals. They just want the border secured and illegals deported. I may think Trump isn’t being serious or helpful when he imagines that 11 million such illegals could be subjected to mass deportation. But even his fantasy, as harmful as it might be, should never be compared to the deportation of the Jews of Europe, a term that was synonymous with mass murder. European Jews were not “illegal.” They were, in fact, legal residents of their countries in which they resided who had their citizenship and their lives illegally taken by the Nazis.

Let’s also realize that debates about these words are not semantic. The U.S. is a sovereign nation whose borders and laws deserve to be respected. The reason why some people don’t want the term “illegal” to be used is because they wish for us to think that crossing the border without permission and thus break federal law is a mere technicality that should be treated as the moral equivalent of a parking ticket.

Nor is it reasonable to expect us to use the term “undocumented” in place of illegal since it is meaningless. Illegal immigrants are not illegal because of a lack of papers but because they have consciously violated a federal law.

At times, Trump has attempted to excuse his vulgar comments by claiming his critics are demanding political correctness. That is a lame excuse that should never be accepted. The seriousness of the nation’s problems is not a justification for ungentlemanly behavior. But in this case, he’s right to claim those harping on the use of the terms “anchor baby” and “illegal” are practicing a particularly noxious brand of political correctness. Both politicians and journalists have an obligation to speak the truth and to call things by their right names. That is why the use of these terms is prejudicial while their avoidance is dishonest.

Whether you like the laws or not, no one has a “right” to break the law or to remain here illegally. To note this fact is not inhumane. To ignore it is to treat the law as a trivial matter, something that any democracy does at its peril. 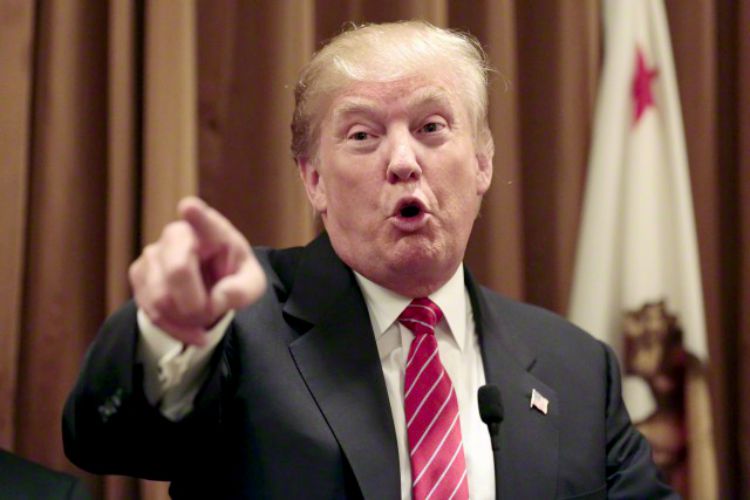