Last summer, Energy Secretary Ernest Moniz earned a few scowls from Secretary of State John Kerry when he predicted that the nuclear deal would result in an increase in funding for terror by Iran. Kerry and the rest of the administration dismissed the notion that this would happen even though they failed to say how they would prevent Iran from using the vast windfall in unfrozen funds and the end of sanctions to funnel money to terrorists. But less than six months later, with the end of international restrictions on doing business with Iran having already occurred this past week and now that it’s too late for administration critics to do anything about it, Kerry finally admitted that Moniz was right.

As the Associated Press reports:

Secretary of State John Kerry said Thursday it is likely that some of the billions of dollars in sanctions relief granted to Iran under a landmark nuclear deal will go to groups deemed terrorists. Kerry said on the sidelines of the World Economic Forum that there is little the United States or others could do to prevent the now-unfrozen assets from getting into the hands of the Iran Revolutionary Guard Corps or “other entities” that Iran has supported in the past.

Kerry went on to say that he was reassured because he had seen no evidence of increased funding for terror in the few days since the sanctions were lifted. What’s more, he said that Iran had more than $500 Billion in outstanding infrastructure needs to pay for, as well as requiring more than $100 billion to modernize its energy sector. In other words, so long as Kerry is not presented with new and obvious proof of Iran funding terror, he won’t worry about it. More than that, he actually thinks the ayatollahs are so concerned about repairing roads and bridges for the good of their people that they’ll resist the temptation to hand over money to the IRGC or their Hezbollah auxiliaries and Hamas allies.

It is debatable whether Kerry and Obama believe what he says about the nature of the Iranian government and its priorities. One doesn’t need to be privy to the intelligence that is available to the secretary of state or the president to understand that Iran has treated the funding of terror groups to be a national priority. But it’s worth exploring this question for a moment if only to plumb the depths of cynicism and dishonesty that has accompanied the administration’s efforts to sell the country on the virtues of the Iran deal.

Kerry is right that Iran has serious economic problems, a crumbling infrastructure and an urgent need to upgrade an antiquated system for the conversion of its vast oil wealth into usable energy. But if solving those issues were Iran’s priority, it wouldn’t have wasted a significant percentage of its annual budget on a nuclear program whose purpose was to build a bomb not clean and efficient nuclear power aimed at eventually replacing power plants run by a commodity that Iran will probably never run out of.

Nor, if good government and the welfare of ordinary Iranians were its top worry, would Tehran have invested vast sums funding Hezbollah and that terror group’s expeditionary force on the ground in Syria where it has successfully aided in the survival of another ally — the Bashar Assad regime. The same reasoning applies to its financial help and arms supplies to Hamas as it presents a southern terror front confronting Israel to match Hezbollah’s threat on the Jewish state’s northern border. A responsible state concerned about the use of scarce funds also wouldn’t have invested money backing the Houthi rebels in Yemen.

Moreover, Kerry’s offhand remark about some money finding its way into the coffers of the IRGC is the height of disingenuousness.

Far from a marginal rogue operation that gets some funding from the Iranian government, the Guard Corps is almost a government unto itself inside the country. It also owns — either directly or indirectly — much of the country’s big businesses and industries. So if there is any entity that will benefit from the lifting of restrictions on doing business with Iran it will be the IRGC. Any distinction between those industries and the terror operations that the group runs and/or funds is entirely meaningless since the money it receives is fungible.

One needn’t reduce the image of the Iranian regime to a caricature or deny the sophisticated nature of its political culture to understand that the funding of terror is not a sideline from which it can be weaned by inclusion in the world economy. To the contrary, the Islamist regime has always viewed itself as an expansionist revolutionary power that prioritized the funding of terror abroad. That is why Iran has earned the designation from the United States as the world’s leading state sponsor of terrorism.

The Iranian government hopes the expected expansion of its economy will improve its image at home and quiet any rumblings from a population that knows it is being abused but sees no option for change. But while not all of the nuclear deal windfall will be given to the IRGC, Hezbollah or Hamas, it is absurd to expect that the terrorists and their sponsors won’t be the primary beneficiaries. The recent effort of Hezbollah to organize a large scale terror attack in the West Bank also illustrates just how extra Iranian funding could facilitate mass murder.

The Obama administration has made no secret of its high hopes for a new era of détente with Iran. Indeed, the release of the four American hostages being held by Iran (though without getting any news, let alone the freedom of the still missing Robert Levinson) and the quick, albeit humiliating retrieval of the U.S. sailors seized by Iran last week, has been treated as proof that a policy of appeasement and concessions is already paying dividends.

The debunking of these expectations won’t take the full ten years that the nuclear deal will remain in effect. Like its nuclear program that remains in operation, the infrastructure of terror is among the Iranian regime’s proudest achievements, and they will continue to ensure that its push for regional hegemony does not lag. That’s why America’s allies in the region, both Israel and the Arab states, are preparing for the worst. They know that what President Obama and Secretary Kerry have done is to empower a terror state as well as one that is now a recognized threshold nuclear power. Kerry may dismiss the impact of the deal on funding for terror, but even he knows that money for bridges and tunnels will never be a higher priority to the Islamist government than terror. Those who blithely charted this course will have to bear the responsibility for the blood that the nuclear deal will help to shed in the coming years. 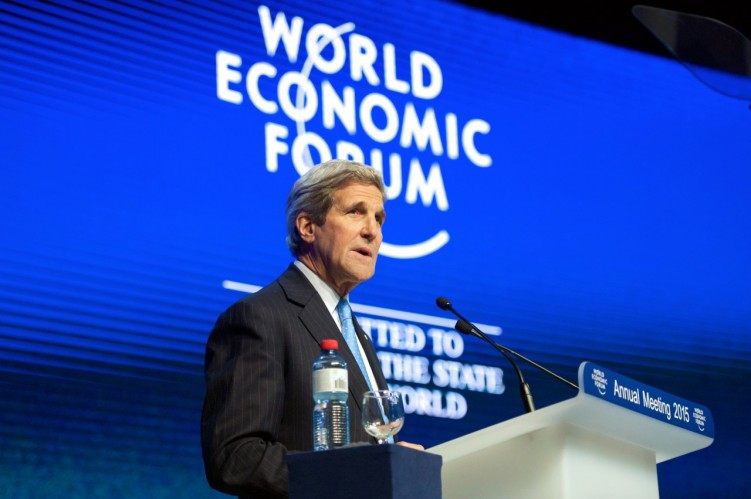