It doesn’t happen every day, but Donald Trump was right about something yesterday. Reacting to the avalanche of criticism he has received about his appalling ignorance of foreign policy, Trump asserted that the focus on the part of many pundits about the paucity of “experts” advising him was off base. Noting the less-than-sterling record of the geniuses that have been running U.S. foreign policy, he made the following crack while campaigning in Wisconsin:

He’s not entirely wrong about that. But even if we concede that so-called experts have been responsible for most if not all of the foreign disasters that the United States has suffered, that doesn’t constitute an argument for the complete ignorance of history and policy options that Trump exhibits.

There has been a lot of attention paid to the question of who might be advising Trump. At first, he only spoke of learning about issues from watching “the shows” on Sunday morning. Eventually he produced a not particularly distinguished list of his own experts with whom he supposedly conferred last week.

But the focus on Trump’s list of advisers is different from the way we scan the lists produced by other candidates. We already knew what Ted Cruz and John Kasich thought about foreign policy before they came up with lists of advisers, and the same is true of dropped out candidates like Marco Rubio and Jeb Bush. Political observers pay attentions to these lists because they give us insight not so much into the beliefs of the candidate as much as they give us an idea of who might eventually be staffing their administrations.

But with Trump, we want to know his advisers because, as he has shown every time he is asked a question about it, he is more or less a blank slate, or worse, on foreign policy.

In a sense, Trump’s quip about the experts going on vacation is reminiscent of William Buckley’s famous line about preferring to be governed by the first 400 names in the Boston telephone directory than the faculty of Harvard University. Experts are a dime a dozen, and most of them merely recycle the same stale conventional wisdom that often leads to catastrophe.

The Middle East is a prime example of this. A lot of the same experts staffed every administration from the first Bush to Obama. Their devout faith in the peace process and the two-state solution caused them to ignore the reality of Palestinian intransigence and led to much bloodshed. The same experts that gave us an agreement that would supposedly prevent North Korea from gaining nuclear weapons during the Clinton administration resurfaced under Obama and gave us the Iran deal. Their expertise was in diplomacy and getting to “yes,” but, in both negotiations, they managed to give away America’s core positions.

It’s also true that experts didn’t foresee the difficulties that would ensue after the invasion of Iraq and the toppling of Saddam Hussein leading to an unpopular, drawn-out war that Trump now falsely claims to have warned against.

None of that is an argument for the ignorance of the subject Trump displayed in his foreign policy interviews with the Washington Post and the New York Times. Disdain the foreign policy establishment all you like, but to attack NATO or to encourage nuclear proliferation, as Trump has done, is nothing short of irresponsible. His embrace of “America First” style isolationism (though without showing any sign of understanding the ominous precedent the movement that went by that name set for the world before World War II) is the sort of thinking that is not merely wrongheaded but is based on the sort of contempt for serious ideas that is typical of Trump’s utterances. The fact that the only coherent statement Trump has made about foreign policy — his speech at the AIPAC conference — was the only time the candidate spoke from a script throughout the campaign is not a coincidence.

Trump hit a nerve that probably left a lot of Americans — including many who can’t stand him — nodding in agreement when he dismissed the experts yesterday. The groupthink of foreign policy thinkers counseling embrace of our foes via diplomacy or pressure on Israel is what is wrong with much of American foreign policy in the last generation. But just because we don’t want to entrust the government to the faculty of Harvard doesn’t justify handing it over to someone who doesn’t understand the risks of signaling indifference to Russian aggression by dismantling NATO or who thinks encouraging another war on the Korean peninsula might be a swell idea. Contempt for the Washington establishment, which many Americans feel, cannot possibly serve as an excuse for putting the nation’s security into the hands of someone that is as ignorant and foolish as Trump.

Not all experts are fools, and the test of any president is in his ability to hire the best people, to listen to them when needed, and to reject their groupthink when that is the right thing to do. Most of all, we need a president with a sufficient base of knowledge so that he won’t be completely dependent on his advisers while also having the smarts to know what he doesn’t know. When it comes to foreign policy, Donald Trump appears to fail on each count. The country might have been better off without President Obama and his crew. But after listening to Trump talk about foreign policy, we have to face the fact that putting him in charge might be even worse. 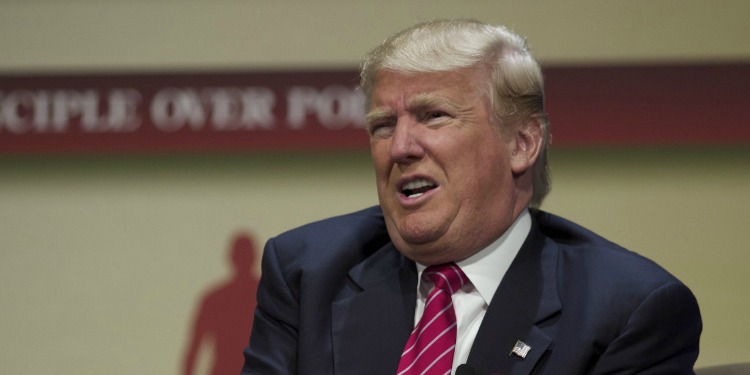