Yesterday, Amnesty International issued its latest broadside at the State of Israel. The group’s report, titled “Black Friday: Carnage in Rafah” dutifully reported at length by the New York Times, seeks to portray an incident from last summer’s war in Gaza as an example of  particularly awful Israeli war crimes involving shelling of civilian areas and egregious loss of life. But, as with most such accusations, the closer you look at the charge the more it becomes clear that the point of the exercise isn’t merely a supposed quest for justice for dead Palestinians. While this must be seen in the context of a campaign to prepare war crimes charges against the Israel Defense Forces before the International Criminal Court that was recently joined by the Palestinian Authority, the effort has a broader purpose than merely beginning a human rights prosecution before that body. By expending a great deal of its limited resources on this one incident, Amnesty is seeking to make a much broader political point: delegitimizing Israeli self-defense under virtually any circumstances.

The incident that generated the reported took place on August 1, 2014. On that morning, a cease-fire between Israel and Hamas was put into effect that sought to end the war that had begun a month earlier. The conflict started when a Hamas terror cell kidnaped and murdered three Israeli teenagers and then escalated when the group began firing rockets at Israeli cities and towns. Several thousand of these missiles would be launched at Israel before the war ended. In addition to that, Hamas attempted to employ tunnels it had dug underneath the border with Israel to conduct more such kidnap/murder raids. Though the Israelis tried at first to halt the attacks with air power, when that didn’t work, ground forces were required to stop the terrorists. Though the August 1st cease-fire — like the one that later finally did end the shooting — left Hamas in place and in possession of its rocket arsenal, Israel agreed to it.

But only an hour after the fighting was supposed to stop, a Hamas terror squad ambushed a group of Israeli soldiers in the city of Rafah along the border with Israel. Two were killed and the body of one, Second Lieutenant Hadar Goldin, was dragged into the tunnel from which his attackers had emerged. That set off a desperate search and counter-attack aimed at recovering him and/or his body. That directive, known by the code name, “Hannibal” aims to use maximum force to prevent terrorists from escaping with a hostage. The order is always controversial because some interpret it as encouraging Israeli forces to even endanger the life of the captured soldier rather than standing down and subjecting both the individual and his country to a protracted hostage negotiation that inevitably involves the release of a disproportionate number of terrorist murderers.

In this case, Amnesty accuses Israel of using artillery fire in such a way as to conduct “disproportionate or otherwise indiscriminate attacks” on civilian areas with no regard for the lives of innocents who might be killed in the barrage. According to Amnesty and its Palestinian sources, the Israelis fired 1,000 shells and 40 bombs on the area where the Hamas assault took place resulting in 135 Palestinian deaths.

But while the loss of life during this battle was regrettable, the focus of the Amnesty report is remarkably skewed.

After all, the one war crime that we can be sure that took place was the attack on Goldin and his squad. It was a deliberate violation of a cease-fire that might have been a godsend for ordinary Palestinians, but which didn’t serve the purposes of Hamas. Having bled Gaza white for weeks, the leaders of the terrorist group were not yet satisfied with the toll of casualties among their own people. Hamas places its missile launchers and terror squads among civilians in order to deliberately expose them to Israeli fire. While there are plenty of fortified shelters in the strip for Hamas fighters and their massive arsenal, there are few for civilians. In Hamas-run Gaza, the shelters are for the bombs, not the people.

That means that any fair-minded observer of the events of August 1, 2014 must concede that the responsibility for all of the casualties the ensued as Israeli and Hamas forces fought in Rafah that day belongs to those who cynically ordered the attack on the Israeli soldiers that ended the cease-fire. The tunnel they used ran through residential areas, and the flight of these terrorists was such that they deliberately and with malice aforethought endangered the lives of all those who lived in the area. Their goal was not only to spirit away a hostage but also to create the kind of havoc that would result in more accusations against Israel.

But the minute analysis of every round fired by the Israelis by Amnesty not only doesn’t take that into account or put their accusations in a reasonable context. It also treats the effort to rescue Goldin — who probably did not survive the initial attack — as wrong while treating the assault on the Israelis as a reasonable and even legal action. But even in the course of its effort to demonize the Israeli actions by pouring on the details of bullets and shells fired amid a chaotic battle amid the fog of war, Amnesty cannot help falsifying their indictment. The report fails to take into account that along with the civilians who were sadly killed or wounded as a result of terrorist actions, some of the casualties they lament were actually Hamas or Islamic Jihad personnel.

But no matter how you break down the battle, the talk of disproportionate fire frames the discussion in a way that inevitably skews it toward treating the Israelis as the transgressors rather than a combatant. Would any nation, including Western democracies or the United States, be any less “indiscriminate” in its fire on terrorists attacking its cities and its troops than the Israelis? The answer is obviously not. As General Martin Dempsey, the chairman of the Joint Chiefs of Staff said in his comments about the Gaza war, the conduct of the Israelis in the fighting was a model that U.S. forces seek to emulate in their own conflicts in the Middle East. Indeed, the same accusations of “disproportionate” fire are often, and sometimes with more reason, lodged against Americans fighting in Afghanistan or bombing Taliban or al-Qaeda targets in Pakistan.

As for the “Hannibal” directive, the discussion is a controversial one even within Israel. But the assumption that it means that soldiers are ordered to kill one of their own rather than let them be taken is probably a misunderstanding. Any hostage in a war zone is, by definition, in harm’s way and faces a good chance of becoming a casualty. The Israelis rightly seek to prevent the capture of their people. Doing so spares the country and the individual from a terrible ordeal. Efforts to prevent these crimes deserve the praise of fair-minded people, not their condemnation.

The effort to turn the effort to save Hadar Goldin was, like the entire counter-offensive that Israel conducted in Gaza last summer, entirely justified. The blame for the deaths of Palestinians needs to be placed at the door of the Hamas terrorists that started the conflict and then broke a cease-fire in a conscious effort to set in motion the tragic events that then unfolded.

In the meantime, the family of Lt. Goldin still awaits the return of his body from Hamas that may be holding his remains in order to exact another gruesome exchange for live killers. If Amnesty wants to live up to its claim of advocacy for human rights, it might want to get involved in that issue. More to the point, the group and its financial backers need to understand that by conducting such attacks on Israel, it cannot pretend that is rationalizing the actions of one side in the conflict. In this case, their version of human rights advocacy appears to be indistinguishable from rationalizing the crimes of terrorists and seeking to hamstring the efforts of those seeking to stop them. 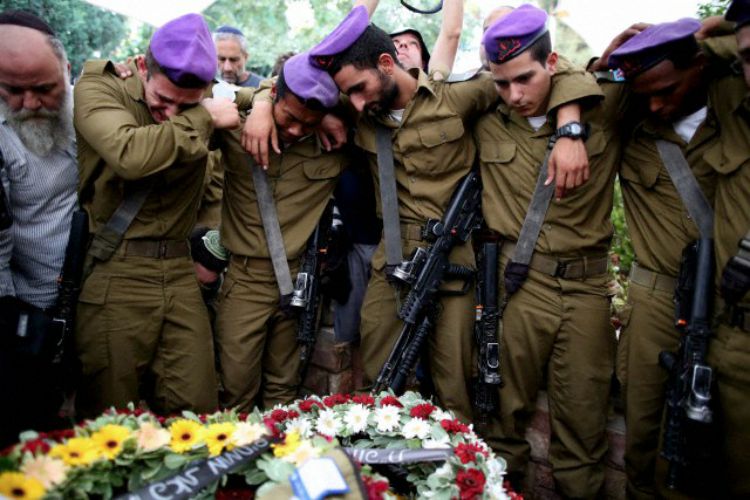