Tonight’s Republican presidential debate on the Fox Business Network represents an opportunity for Jeb Bush. Unlike most of the previous presidential forums, this one is supposed to center on actual policy questions and give the participants time for more than uttering a few quick sound bites. And though his poll numbers have continued to head south, Bush family loyalists have been doing their best to prop him up such as Karl Rove’s proclamation on Fox News that he “had a good week.” That was true if only by comparison with the disastrous week that preceded it as he crashed and burned in the CNBC GOP debate. Nevertheless, Bush is under pressure to perform and anything other than a good night will be correctly perceived as a sign that his ship is still sinking. But the lead story today about the man who would be the third President Bush isn’t about his preparations or even the smart ideas about economics that he will try to sell at the debate. Instead, the main conversation about Bush centers on the boast of a top strategist for his super PAC that it will spend $20 million to damage Marco Rubio’s reputation. That much money can buy a lot of attack ads but, given the state of the Bush campaign, the preparations for the effort to slime Rubio seem more like a doomsday machine than a coherent plan to revive his candidacy.

Unfortunately for Jeb, Rubio appears to be as prepared for the $20 million assault on his character as he was for the former Florida governor’s verbal attack at the last debate. The Rubio camp has already started releasing video of the many instances in which Bush lavishly praised Rubio including a 2012 interview in which Jeb said Marco “had the intellectual acumen and fortitude to be a good president.” Ouch. Given Rubio’s ability to counter-punch, it’s not clear how much Bush’s strategists will accomplish with this tactic.

What is Jeb thinking he can accomplish by unleashing his dogs on Rubio?

The strategy answer is that his inner circle still thinks Donald Trump and Ben Carson will eventually collapse and that Ted Cruz can’t possibly be nominated. If so, that would leave Rubio as the only real obstacle to a Bush victory. Thus, he must be destroyed to leave a revived Jeb campaign an open path to the nomination. It’s true that at this point in the campaign that sounds like a scenario for the Dallas Cowboys to make the NFL playoffs after a six-game losing streak. But it’s also true that Rubio appears on his way to becoming the most plausible alternative to the outsider candidates, which is the niche that Bush covets.

But there is something slightly pathetic about a candidate who has so far failed to give a compelling rationale for his candidacy or to display the fire needed to win looking outside of himself for a magic formula he needs to turn things around. You don’t need to be a political expert to know that the candidate Bush needs to work on is himself, not Rubio.

Even worse, the talk of using massive amounts of super PAC money on the Rubio takedown smacks of something more sinister than campaign strategy. It’s not hard to see that the focus on Rubio seems to be more about revenge at the younger man’s unwillingness to wait his turn. As the videos that Rubio will be releasing in response to Bush’s attacks reveals, the two were once close. To his credit, the Florida senator is not responding by attacking his former mentor but at this point Donald Trump’s barbs about the two disliking each other are now all too true.

Let’s concede that Bush’s hard feelings about Rubio’s decision to run are understandable. Most political cognoscenti believed that only one of the pair would wind up running because of the overlap of support for them in Florida. But it’s a little much for the Bush people to be openly calling Rubio a “Judas.” If anything, Bush’s terrible performance as a candidate now seems to justify Rubio’s evaluation of the situation as one in which Bush was not the right man for 2016.

But the point about Right to Rise — the Bush super PAC — deciding to concentrate its efforts on destroying Rubio is that even if it were to be successful the results would probably not be what most of Bush’s supporters would consider a good outcome. At this point, it’s hard to imagine the nomination going to anyone other than Trump, Ben Carson, Rubio or Cruz. That could change and Bush certainly hopes he can step into the slot that Rubio occupies. But in the absence of another strong mainstream GOP candidate, the only ones who will benefit from Rubio’s demise would be outlier candidates that will take the GOP farther away from where Bush’s backers think it should go.

That’s why what this $20 million plan resembles more than anything else is a doomsday machine designed to destroy a rival but which will do nothing to aid the cause of its owner.

Bush intimidated Mitt Romney out of another try at the presidency largely on the strength of the massive fundraising blitz that he conducted at the end of 2014. But given Bush’s lackluster campaign style and inability to perform under pressure at the debates — especially in contrast to the way his opponents like Trump and Rubio have excelled — the $100 million in his super PAC’s bank account aren’t doing him much good. Indeed, Bush is looking more like another version of the disastrous candidacies of Phil Gram (1996) or John Connally (1980). In particular, Connally is remembered for spending millions to get just one delegate to the Republican convention that year. We don’t know how many delegates Bush will wind up buying, but he needs to ask himself if he really wants to go down in political history as the man who raised a record amount of money only to use it to damage a former friend. Whatever you might think about Jeb’s suitability for the presidency or the role of political dynasties, that is a legacy that will do neither him nor his family little honor. 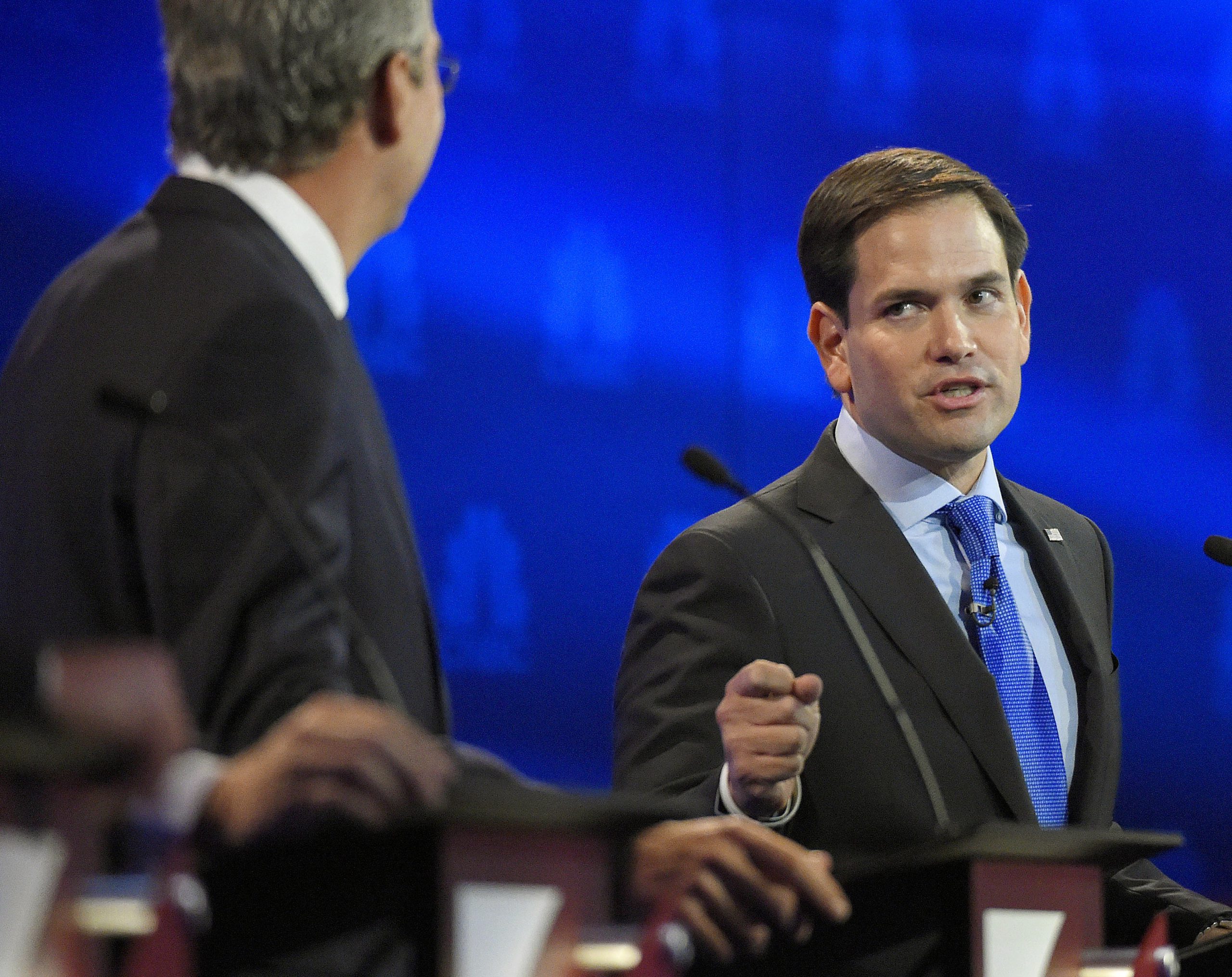