As Palestinian violence against Israelis continued, Secretary of State Kerry is doing what he likes best. Kerry is heading to the region to convene a summit where he’s hoping his personal charm and dedication to the art of diplomacy will help promote calm and edge the parties back to the negotiating table. Despite accumulating enough failures and humiliations in his three years at the State Department to convince a less egomaniacal man to give up, Kerry’s belief in his genius as a diplomat as well as his virtue as a leader is undiminished. But while a meeting of the Israeli and Palestinian leaders at a time when this new wave of terror could well be dubbed a third intifada isn’t the worst idea Kerry’s ever had, it needs to be understood that what has occurred in the last month isn’t the result of a misunderstanding that can be fixed by better communication between the parties. Indeed, the problem isn’t that there hasn’t been enough talking, it’s that one of the people that Kerry wants to have his picture taken with has been doing too much talking. So long as Palestinian Authority leader Mahmoud Abbas is cynically spreading lies and egging his people on to further acts of terror, no Middle East summit or Kerry’s dream of reconvening peace talks will fix what’s wrong.

The dismal state of affairs was confirmed on Wednesday evening when Abbas finally addressed his people in a much-anticipated speech that both Israel and the United States hoped would be the moment when the Palestinians began to step back from the brink. But anyone who thought that hasn’t paid much attention to Palestinian politics. Far from urging calm, Abbas doubled down on his smears of Israel and glorification of terror.

In the speech, Abbas accused Israel of rejecting peace and said he supports peaceful resistance against the Jewish state. Of course, it has been Abbas who has flatly refused offers of statehood and peace, but this is par for the course and, if he stuck to this line, it might be considered a signal for the Palestinians to stand down and resume normal life. But he didn’t stop there. Instead, Abbas repeated all the wild charges against Israel that he has been circulating via official PA media as well as from the podium of the United Nations last month. He accused Israel of “attacking holy places” and of seeking to harm the al-Aqsa mosque on the Jerusalem’s Temple Mount.

This is more than just the usual Palestinian propaganda but a blood libel that Palestinian leaders have resorted to over the last century whenever they sought whip up religious fervor and cause violence. It is also a blatant lie since, as he knows, Israel’s government has no plans to change the status quo on the Mount. Indeed, even the tiny minority of Jews who have called for changes on the Temple Mount merely want to be given the right to pray elsewhere in the compound and have no designs on the mosques. But Prime Minister Netanyahu has rejected this effort to end discrimination against Jews at what is the most sacred spot in Judaism.

Abbas’ effort to cynically gin up a holy war is despicable, and he has the blood of all the Jews recently murdered and wounded as well as that of their Palestinian attackers on his hands. But Abbas went even further in his speech down the road of incitement when he said Israel had executed “our boys in cold blood.” The line was a reference to two Palestinian teenagers who stabbed two Jews — a 13-year-old boy and a 25-year-old man — seriously wounding both, actions that like some other attacks have been captured on video. One of the Palestinians, a 15-year-old was shot dead by police when he charged them with a gun and the other, the 13-year-old, was hit by a car while fleeing and is being treated in an Israeli hospital.

Abbas’s embrace of “our boys” who try to kill Jews is not the act of a peacemaker. Moreover, by pretending that all those Palestinians who have only been stopped by armed Israelis from continuing their bloody work were actually victims who have been “murdered” isn’t merely outrageous. It’s an attempt to create more martyrs and to justify even more terrorism.

Abbas has always conducted a double game with Americans and Israeli audiences as he plays the peacemaker in English while playing the hardened Palestinian nationalist to his own people. But the consequences of this absurd charade are no longer being measured solely in failed peace negotiations. He now has a growing pile of dead bodies to account for in much the same way that his predecessor, Yasir Arafat, also bore the responsibility for the thousands killed in the second intifada he incited after rejecting an Israeli offer of statehood.

Unfortunately, this is not the sort of problem that can be solved by Kerry’s standard approach to the peace process. We can be sure that he will urge Netanyahu to freeze building in the West Bank, even though doing so will only further compromise Israel’s negotiating position. Almost all of the new homes (which are in existing settlements) are in communities near the 1967 lines and in Jerusalem where even the Palestinians and the Obama administration know they would be kept by Israel in any peace accord. But though Abbas complains about settlements, they aren’t the reason peace hasn’t been reached in the past, since he and Arafat have both rejected Israeli offers that would have given up almost all of the West Bank just as they left Gaza in 2005. As the religious fervor behind the terror indicates, this isn’t about territory but about a Palestinian refusal to accept Israel on any terms and within any borders.

To his credit, Netanyahu has accepted the idea of new negotiations without preconditions. But if Kerry wants to actually do something to help advance the cause of peace, he needs to concentrate his fire now on Abbas rather than on Netanyahu, who has become the Obama administration’s favorite tackling dummy.

A meeting and the usual photo-ops won’t fix what Abbas has broken. Kerry needs to tell Abbas point-blank that if he wants further U.S. help he must walk back his lies about Israel. If Abbas were a true leader he’d tell his people bluntly that if they don’t cease their murder spree, the consequences of another intifada will be dire and would be borne almost entirely by the Palestinians, not the Israelis. Pushing for such a statement would be a sign that Kerry was really a man of peace. If he sticks to his even-handed pose as he treats Israeli victims and Palestinian killers and those who incite them as morally equivalent, he will deserve a share of the blame for the increasing toll of violence as much as Abbas. 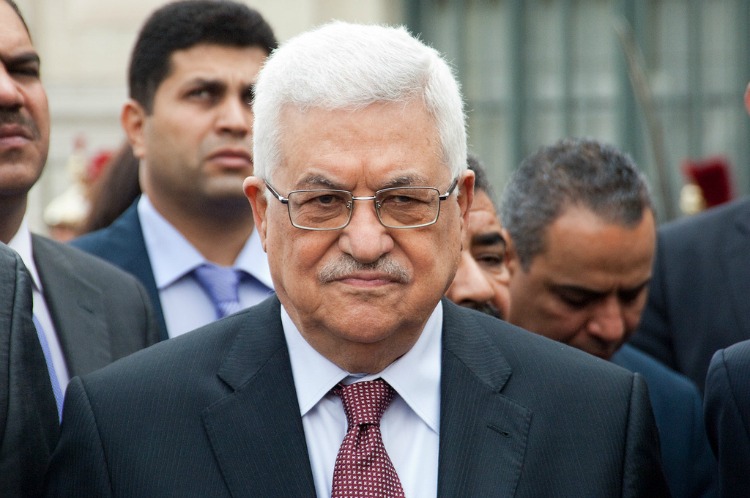