Friends of Israel cheered a resolution passed yesterday in the House of Representatives condemning the most recent United Nations Security Council’s attack on the Jewish state. It sent an implicit rebuke of President Obama and Secretary of State John Kerry, who allowed the resolution to pass by abstaining rather than vetoing, and a warning to the international community that, in 2017, Washington was prepared to push back hard against any further anti-Israel bias at the UN. Even more importantly, the House resolution (like a similar Senate resolution that has yet to be voted on) had the backing of majorities of both Republicans and Democrats.

But there is still plenty for the pro-Israel community to be worried about. While Republicans backed the resolution by a resounding 233-4 margin, Democrats were split on it. In the final tally, 109 members of the minority party were in favor of the resolution and 76 opposed it. Though many, if not most of those who opposed it claim to be friends of Israel (including conservative Republican Representative Louie Gohmert, who felt its language was not pro-Israel enough to suit him) but would not vote for anything that could be construed as criticism of Obama, the schism within the Democratic caucus illustrated the current state of the party with respect to the Jewish state.

The most prominent “no” vote belonged to Representative Keith Ellison, who remains the leading candidate for the chairmanship of the Democratic National Committee. Ellison tried to amend the resolution to say that Congress affirmed that it was the “longstanding practice” of the U.S. to stand against anti-Israel resolutions at the UN. But his version failed to condemn the one that did pass, which put the blame for the lack of peace on Israel and essentially branded several hundred thousand Jews living in the West Bank and Jerusalem as outlaws. UNSC 2334 was a betrayal that, if Israeli reports are correct, was not merely acquiesced to by Obama and Kerry but the result of their active plotting.

Though Ellison and leftist Jews who have become his chief apologists keep insisting that he’s a friend of the Jewish state, the House vote was a potential turning point in his effort to capture the post that would make him his party’s boss until it nominates a presidential candidate in 2020. By refusing to stand against a measure that was not only biased but removed any incentive for the Palestinians to make peace, Ellison’s DNC candidacy is now, more than ever, a referendum on how Democrats feel about Israel.

Though mainstream Democrats who worry about Obama’s betrayal losing the party the backing of key donors like Haim Saban as well as many rank and file voters, Ellison must still be considered the frontrunner because he is the standard-bearer for the Bernie Sanders/leftist wing of the party. As such, he can count on disproportionate support from the activists that form the core of the Democrat Party’s grassroots. They agree with the vicious and largely false criticisms of Israeli self-defense that Sanders made during his primary fight with Hillary Clinton and, as polls have consistently shown, are less likely to be supportive of the Jewish state under any circumstances.

As the House vote showed, that may not be the position of a majority of Democrats, but it is the one embraced by some of the party’s loudest and most influential members. And though Obama implicitly backed Clinton in the race to be his successor, his lame duck anti-Israel offensive now puts him in the same camp as Ellison and Sanders.

If after this vote Ellison retains the support of Senate Majority Leader Chuck Schumer—who took the extraordinary step of co-sponsoring the Senate version of the rebuke of Obama and the UN—it will be a sign that, they are waving the white flag in the effort to stop the Sanders wing from seizing the DNC. Tapping a former ardent supporter of Louis Farrakhan who also outed himself as being guilty of promoting anti-Semitic stereotypes in the recently published tape of a 2010 speech to an Islamist group to be the top Democrat in the country is a big step for the party. The vote in the House is a wake up call for pro-Israel Democrats that opposing Ellison is necessary if they want to save their party. 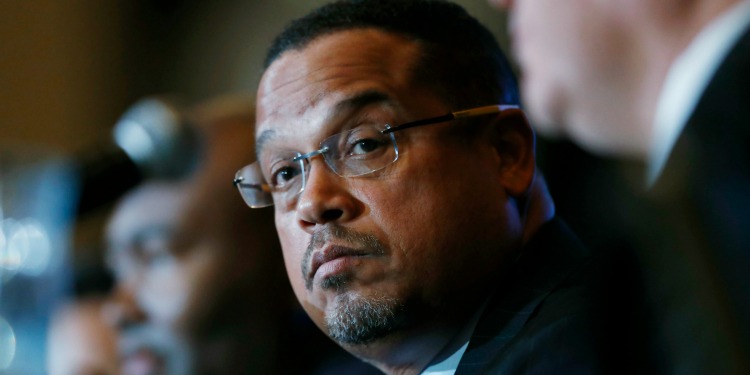