This week, Palestinian Authority leader Mahmoud Abbas is at it again. He’s threatening to break his agreements with Israel. Following a stunt at Davos where he pretended to want to meet with Prime Minister Netanyahu (even though he has dodged actually possibilities for meetings with him), Abbas is playing the negotiations card again while saying that if Israel doesn’t release “prisoners” — i.e. convicted terrorists with blood on their hands — he will dissolve the PA and send the West Bank into an abyss of even greater chaos than currently exists. But unlike in the past, when such stunts mobilized Israeli leftists to protest the government and would motivate the Obama administration to issue statements pressuring Jerusalem to start making concessions, his latest antics aren’t generating much interest in either country. But nonetheless, there are still a few stray voices being raised on the left decrying what is seen as another missed opportunity. In what is a familiar argument that has been repeated endlessly since Abbas succeeded Yasir Arafat, we are told that the aging Palestinian represents the “last chance for peace.” But while Abbas’s eventual successor may be worse for both the Palestinians and Israelis than he is, the notion that he ever represented a chance for peace is a myth.

Considering how often Abbas has threatened to resign in the past, any talk about that happening must be taken with a truckload of salt. Nevertheless, the discussion about his replacement is not entirely theoretical. That’s not just because he will turn 81 in March. Dissatisfaction, if not outright disgust, over his misrule of the West Bank is almost universal among Palestinians, including many on his Fatah Party’s huge payroll. The PA is a kleptocracy that has stunted any chance for economic development in the West Bank as well as the chances for peace by repeated refusals of Israeli offers of statehood. Moreover, the odds are that the person or persons that ultimately succeed Abbas are likely to be even more hostile to Israel and willing to embrace violence than he has been.

That’s why the refrain about Abbas being the “last chance” still has some resonance among the dwindling believers in the peace process. But the assumption that Abbas has any intention of making peace no matter what the Israelis do is unfounded. As I wrote last week, the announcement that Isaac Herzog, the head of Israel’s Zionist Union/Labor opposition party, believes a two-state solution isn’t possible right now is a damning indictment of the “last chance” theory.

Abbas benefited from the comparison with Arafat, an unreconstructed terrorist that never learned how to pretend to embrace peace. Though his policies never diverged from Arafat’s vision of an unending war against Zionism, Abbas wore a suit. More to the point, he knew how to talk the talk of peace when in the presence of Western and Israeli journalists and audiences. Abbas could be convincing at times and peace advocates would often walk away from encounters with the PA leaders raving over his realism and commitment to a two-state solution that would the conflict. But Abbas sang a different tune when speaking in Arabic to his own people.

Moreover, Abbas’s actions always spoke louder than his words. This is not only the man who was Arafat’s able assistant throughout his terrorist career. Abbas is also the man who still boasts of rejecting an offer of statehood from Ehud Olmert that would have given the Palestinians sovereignty over almost all of the West Bank, Gaza and a share of Jerusalem in 2008. It was Abbas that refused to negotiate even after Netanyahu froze settlement building in 2010. When talks were restarted in 2013, he never negotiated seriously and then blew them up by making a pact with Hamas.

He is also the man that presided over official PA media that has been a font of incitement to hatred of Israelis and Jews throughout his despotic reign in Ramallah.

It was also Abbas that helped incite the current “stabbing intifada” with inflammatory and brazenly false accusations about Israel planning to harm the mosques on the Temple Mount. It was Abbas that has praised terrorists that tried to kill Israelis as “martyrs” and “heroes.” And it was also him that uttered vile threats about stopping “filthy Jewish feet” from polluting Jerusalem’s holy places that directly inspired the current murder campaign.

Abbas is also far too weak to make peace even if he wanted to do so. Having been evicted from Gaza by a Hamas coup in 2007, his rule in the West Bank still hangs by a thread. Despite his threats to end security cooperation with the Israelis, this is an idle boast since the PA is the main beneficiary of the relationship. Without the assistance of Israeli security, it’s doubtful that Abbas would survive in power.

That is why even Israeli left-wingers understand that while Abbas may actually be the most moderate imaginable Palestinian leader, that is a meaningless compliment. Given the fact that Palestinian public opinion remains stuck in a mindless cycle of rejectionism that views Israel’s existence as illegitimate and violence against Jews laudable, there’s simply no chance for him or anyone more or less moderate than Abbas to deliver any sort of a peace agreement. If even he, the man President Obama has called a “champion for peace,” can’t be persuaded to recognize the legitimacy of a Jewish state no matter where its borders might be drawn, then hopes for peace must be put on hold until a sea change in Palestinian culture happens to make it possible.

Perhaps someday two states will be possible. But so long as Abbas is the best Israel can hope for, the overwhelming majority of Israelis will continue to believe that any withdrawals from the West Bank will merely result in a repetition of Ariel Sharon’s Gaza experiment that created a terrorist enclave for Hamas. Abbas’s last years in power aren’t a “last chance” because he has been as much of an obstacle to an agreement as his Hamas rivals.

As the Times of Israel’s David Horovitz notes in an important column today, this doesn’t mean nothing can be done to halt the bloodshed. Those that claim to be friends of Israel or the Palestinians and lovers of peace can do something. They can advocate for an end to the sort of incitement to murder that is routine in the Palestinian media controlled by Abbas and by the PA and its leadership. They can also stop pretending Abbas is a “last chance” and, finally, start holding him accountable for torpedoing peace. Until the remaining last-ditch members of the peace camp in the press and the foreign policy establishment start doing those two things, we shouldn’t take their advocacy for more pressure on Israel or the two-state solution seriously. 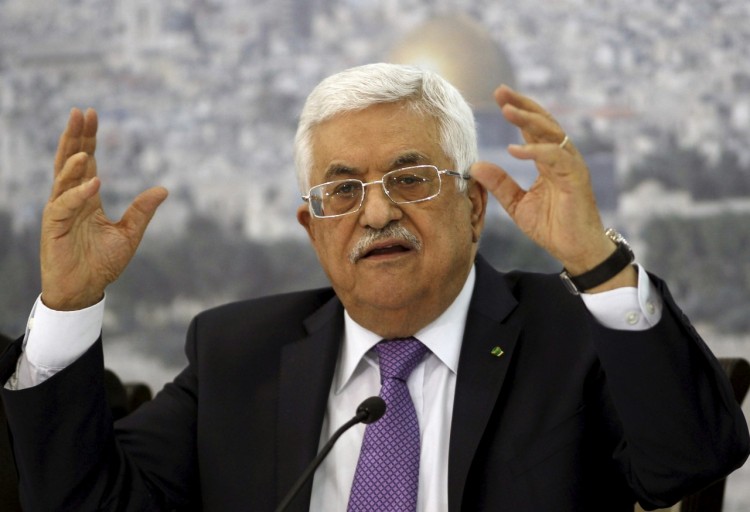