On Tuesday, House Minority Leader Nancy Pelosi made an unusual request of her Republican counterpart. She wrote House Speaker Paul Ryan asking him to prevent Republicans from using any hacked documents in their re-election campaigns. With the publication of Democratic National Committee emails this summer as a result of what the U.S. government believes was a Russian hacking operation and threats of more such revelations from Wikileaks’ Julian Assange, cyber security has become a major issue this fall. And given Russian dictator Vladimir Putin’s clear preference for his fanboy Donald Trump, Democrats suspect that if there’s going to be any October surprise it will emanate from Moscow and be aimed at Hillary Clinton and her party. But while everyone — except perhaps Trump — agrees that neither the Russians nor anyone else should be spying on U.S. politicians — this request raises a couple of interesting questions about both ethics and politics.

Spying on political enemies is despicable, but examples of the major parties using dirty tricks are not exactly rare in our political history. But the question of whether the product of such spying can be a matter of public debate is a very different thing.

In a court of law, evidence obtained in illegal searches is deemed the “fruit of a poisoned tree” and cannot be considered. Political debates, however, aren’t and probably shouldn’t be so fastidious. What Edward Snowden and Wikileaks and/or their Russian pals are doing to undermine our national security is wrong. But it’s not as if the American people were ever going to ignore what these breaches revealed. If the leaks are truthful and are related to policy issues, there is no way to pretend the information is still unknown.

Even when the leaks seem to be a matter of pure political mischief — such as the publication of DNC emails that revealed the entirely unsurprising information that the staff there were supporting Hillary Clinton over Bernie Sanders — it wasn’t possible for the Democratic Party to ignore it. That’s why Rep. Debbie Wasserman Schultz was forced to resign. If the Democrats had stuck to the standard Pelosi would impose on the Republicans, Wasserman Schultz would still be running the DNC.

The emails of Democratic members of Congress and their staffs probably contain lots of juicy gossip and indiscretions that would be embarrassing. The same is true of the Republicans. It would be unfair for the Russians to decide which of the parties gets embarrassed in this way. Perhaps, as the New York Times seems to suggest,Pelosi’s goal here is merely to try and link Ryan and the GOP caucus to Putin’s hackers.

But no matter who does the leaking or who loses out as a result of this spying, if the contents of the leaks are related to policy as opposed to private indiscretions, then it is neither reasonable nor ethical for either political party to vow not to use them. Those in office ought to know that they are living, emailing, and tweeting in glass houses and should act accordingly.

Which is why one has to wonder what exactly it is that Pelosi and the Democrats are worried about. Her going to the trouble of making the request might be motivated by the knowledge that there are some things that could be revealed about her party’s activities or plans that would have a serious impact on the election.

Let’s reiterate that both Republicans and Democrats ought to be united in their anger and disgust for the activities of those who seek to undermine U.S. security, especially when it pertains to the war against Islamist terror. They should be just as opposed to any leaks that have political implications. But the best and only defense for politicians of every stripe against embarrassing leaks is to not do or write embarrassing things. If they can’t remember that, they are taking their own chances and ought not rely on the forbearance of their political opponents to protect them against their own foibles. 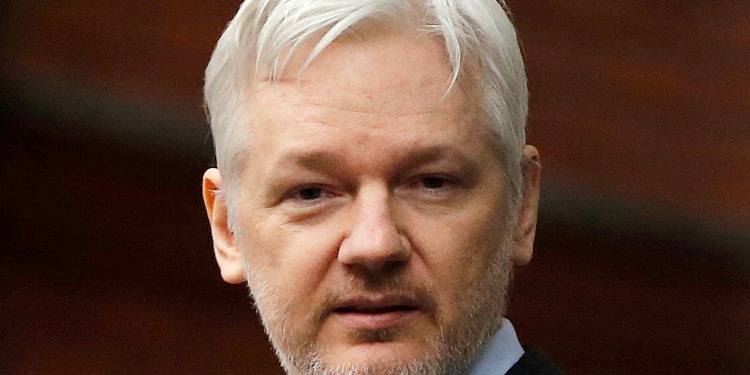