The political world is waiting with baited breath to hear Donald Trump’s immigration policy speech scheduled for tomorrow in Arizona. His surrogates, who have suddenly become very circumspect on an issue on which their candidate’s position was once crystal clear but is now being kept deliberately hazy, assure us that he will explain all in his address. Rather than admit that he went back and forth on the key issue of the fate of the 11 million illegals currently in the country, they tell us he is “listening and learning” to what the people are saying even as they also comically insist that he’s always been consistent. What does that mean?

What we can expect from Trump tomorrow is a speech that will thread the needle in a way in which he can demonstrate some evolution to potentially persuadable centrists while still reassuring his core voters that he’s the same politically incorrect candidate whose confrontational attitude they love. That means some talk about how high the wall he will build along the border will be along with rhetoric about compassion for immigrant families and haziness about mass deportation of illegals. The wall talk will be fantasy, the compassion will be phony, and the discussion of a process for forcing out the illegals will be disingenuous. But if he sticks to whatever script he’s given to read off the teleprompter the change in tone will likely be celebrated—at least by many Republicans—as the long awaited pivot his party has been counting on.

What can he achieve with such a stance?

The first point to acknowledge is that the basic goal of the speech—solidifying Republican support behind Trump—is easily achievable. As we saw once he effectively clinched the party’s presidential nomination in early May, most Republican voters are eager to vote for their party’s candidate no matter how much they might dislike him.

The overarching dynamic of American politics in the early 21st Century is rigid partisanship. The chasm between supporters of the two major parties is such that it may take an even more disliked candidate than Donald Trump—who is currently viewed favorably in most surveys by only about one in four Americans—to allow for the kind of historic landslide that used to occur with regularity in presidential years. Indeed, it may literally be impossible the sort of wipeout that happened in 1964, 1972, and 1984. There is simply no way more than a fraction of Republicans can be persuaded to vote for any Democrat, let alone one as reviled by conservatives as Hillary Clinton, in the way that GOP voters backed Lyndon Johnson and Democrats voted for Richard Nixon and Ronald Reagan.

So all Trump needs to do in order to increase his percentage of support among Republicans from a dangerously low figure that dips below 80 percent to one closer to 90 percent or better, is to stop shooting himself in the foot (something that may not be possible) and to move a bit to the center on key issues. Considering that he is a man utterly bereft of cherished political principles, that shouldn’t be too hard.

The second point about even a Trump speech that will be deemed a success is that his camp shouldn’t labor under the delusion that shoring up GOP support is the same thing as securing the percentage of independents and Democrats he needs to actually win the election. It used to be an axiom of politics that most Americans don’t start paying attention to the election until after Labor Day, but that may no longer be true. In our 24/7 news cycle environment, there can’t be too many people who don’t already have a strong opinion about both Trump and Clinton and that may put a Trump victory out of reach.

Third, despite the maneuvers in recent weeks in which Trump has sought to appeal to minorities, those voters are irretrievably lost in 2016.

Trump’s push to get African-American support—in which he has sought to pit them against largely Hispanic immigrants—is doomed to failure. Black voters would be smart to consider how badly their community has suffered at the hands of generations of liberal policies. But Trump, a man who has dog whistled to racists during the campaign and is tone deaf about their sensibilities, is not the right messenger for this effort.

Just as foolish is the thought that all but a tiny minority of Hispanics will vote for someone whose rhetoric about Mexican rapists and drug dealers or a biased judge will never be forgotten. The “listening and learning” that’s currently going on isn’t about heeding Hispanics but an attempt to reassure moderate whites.

The only question about the minority vote is not whether Trump’s speech will increase his support there but whether it will be lost to Republicans for the foreseeable future. But that is something that can only be determined after Election Day as we see whether Trump and his followers will continue to dominate the GOP.

That means that while a good Trump speech tomorrow can keep the race relatively close, there’s nothing he can say on immigration that will be enough to win the presidency. That means the closest observers tomorrow should be down ballot Republicans who must hope—in what Trump fans must consider a cruel irony—that the billionaire puts forward a sufficiently rational front to do as well as Mitt Romney did in 2012 and avoid a Clinton landslide. 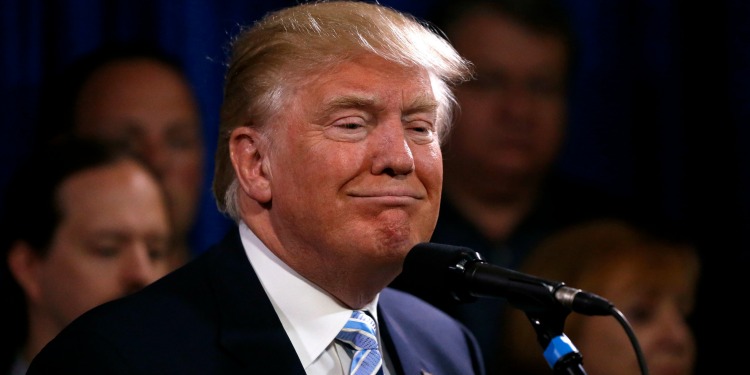