Today President Obama announced to the nation, “Right now, we know of no specific and credible intelligence indicating a plot on the homeland.” I suppose that’s better than announcing that American intelligence was aware of such a plot. But the reason why the president felt compelled to make such an anodyne pronouncement had more to do with what’s wrong with public perceptions about U.S. security than about what is right.

The president was seeking to calm the public prior to the Thanksgiving holiday and squelch the panic that has spread in some quarters since the Paris terror attacks. To the extent that he was able to project a degree of assurance about the possibility of a similar atrocity happening here and give Americans confidence that they can go about their celebrations in peace that was a good thing. The president and his allies have been working overtime to calm the nation and to pour cold water on those expressing worry about his determination to take in Syrian refugees that, according to the FBI, can’t really be vetted. But the concern here isn’t that some Americans are succumbing to unreasonable fears about terrorism and need the president to talk some sense about the subject. The problem is that much of the country understands all too well is that the president has been waging a half-hearted military campaign against ISIS and other Islamist terrorist groups like al-Qaeda that has clearly failed.

In the days since the Paris attacks, the president and his foreign policy team have resolutely refused to face facts and admit that their approach has failed to “contain” the Islamic State, let alone “degrade and ultimately destroy it.” Rather than put it on the defensive, the Islamist movement has demonstrated that it can hold its own on the battlefield in Iraq and Syria while spreading terror in a great Western European capital.

It’s not that Americans really expect squads of terrorists to be attacking Americans on Thanksgiving. But it does mean that they know their president has no effective strategy for defeating ISIS and if that remains unchanged then it’s only a matter of time before some credible threats do begin to emerge.

For most of the last two weeks, the president and his allies have been dismissing fears about terrorist infiltration via Syrian refugees. Those who have voiced such concerns have denounced as bigots or Islamophobes. We are told that we should stop being the prisoner of our fears and instead embrace compassion.

But Americans don’t lack compassion. Nor are they foolishly giving in to fear by noting the flimsy excuses being given for continuing the refugee program in spite of its obvious shortcomings. What they lack is confidence in Barack Obama as a war leader.

Had President Obama sought to inspire the country by a call to arms against ISIS a year ago, they would have responded with near acclimation to any effort he proposed. The same can be said of virtually any speech he has given on the subject. But instead of passion, they got excuses and angry denunciations of critics. For the last year, they’ve heard rationalizations of a policy that is predicated on a belief that America cannot or should not lead the struggle against a brutal enemy that has demonstrated its ability to inflict horror on the world. Nor has he been honest with them about the nature of that enemy since he consistently refuses to note that Islamist theology is what is driving this terror movement.

The fact that the Pentagon has apparently been feeding the White House with false or misleading information about the threat also undermines confidence in the war effort since it’s obvious that Obama is being told what he wants to hear.

A president who was perceived to be taking this war seriously and prosecuting it with the sort of strength and competence that the task requires might not have to tell Americans that there are no known threats for Thanksgiving. They would assume that he would tell them something substantial if there was something to be worried about and not worry if he said nothing. But with Obama, the talk about security is so obviously a matter of show rather than substance that the act of reassurance probably does as much harm as good.

What the country needs isn’t a president to tell them that all is well. It needs a leader who will admit his mistakes and prepare them for possible sacrifices that will be needed if evil is to be defeated. President Obama is not such a leader and that is a troubling thought for all Americans as they head into the holiday no matter what their partisan affiliations might be. 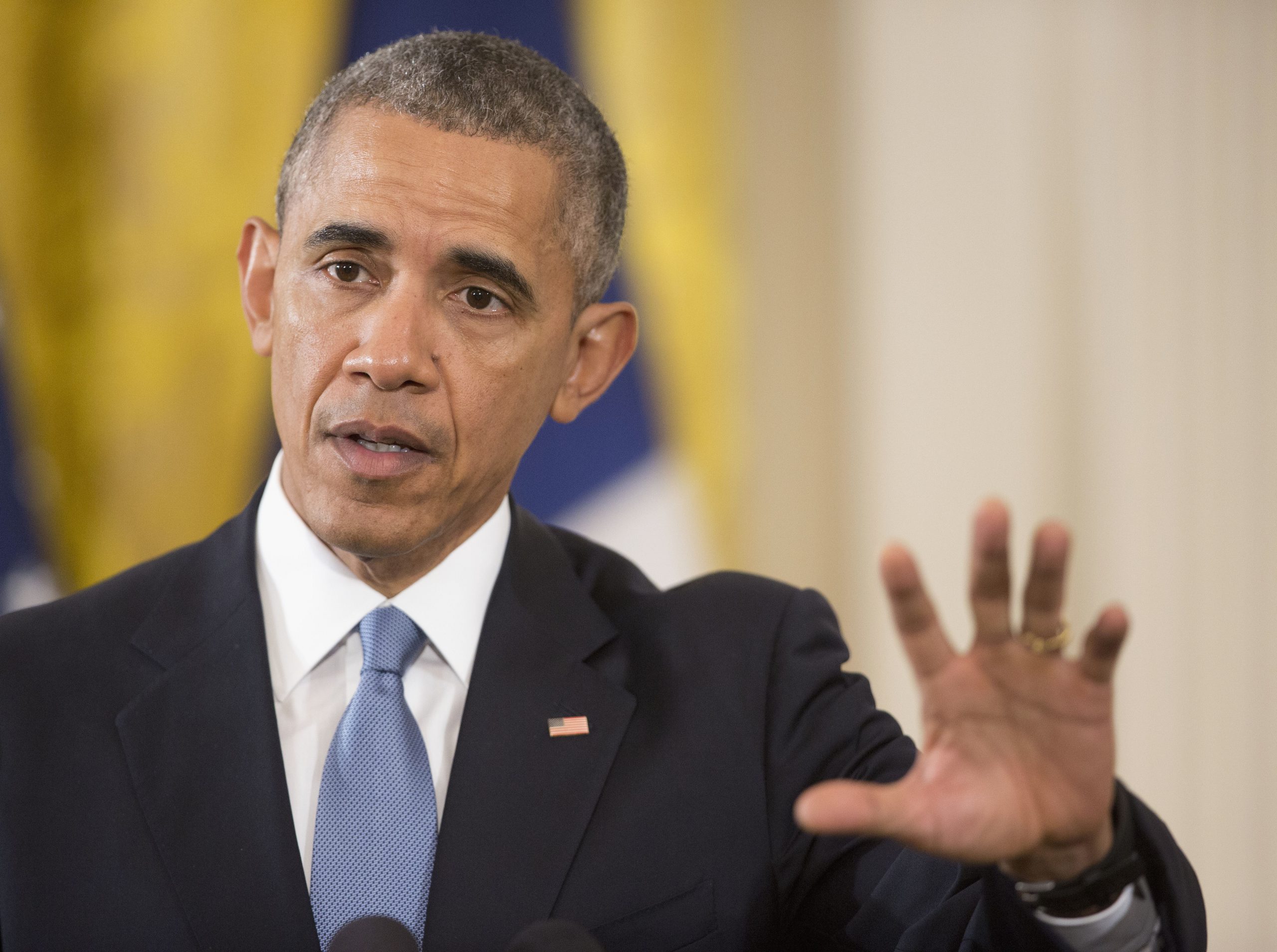