Just at the moment when American Jewry needs some sober, adult leadership and modeling of civil dialogue, the head of the Anti-Defamation League has chosen another path. Speaking Monday in Jerusalem, ADL CEO Jonathan Greenblatt told a group of Israeli lawmakers that anti-Semitic rhetoric is now so prevalent that it is at a level unprecedented since Germany in the 1930s. Greenblatt’s right that the activities of the alt-right and their vicious counterparts on the left are alarming and merit active responses from Jews and all decent persons. But the notion that we are living in a rerun of Weimar Germany isn’t just a bad analogy. It’s blatant fear mongering and it undermines America’s civic culture almost as much as some of the things Greenblatt is seeking to condemn.

As someone who traveled widely around North America in the weeks after the presidential election, I know Greenblatt’s sentiments are widely held by liberal Jews who were profoundly shocked by Donald Trump’s victory. He isn’t the only voice invoking the specter of the prelude to Nazism. In his Washington Post column on Monday, Richard Cohen sounded a similar theme. Cohen wisely decried those who call Trump an anti-Semite or fascist. He asserts, however, that there is an analogy between the situation in the unstable post-World War I German republic and what we are currently experiencing. He thinks Trump’s contempt for dissent and penchant for erratic behavior could set the stage for the collapse of liberty in the event of a major terrorist event. Cohen envisions something similar to the way that Hitler utilized the Reichstag fire as justification for his plans to replace a fragile democracy with a totalitarian state.

Let’s concede that many of Cohen’s criticisms of Trump are accurate. It’s also true that Greenblatt’s concerns about the increase in anti-Semitic rhetoric during the campaign are rational. The alt-right is not a figment of anyone’s imagination. Nor should anyone take the threat of anti-Semitism lightly at a time when, as the U.S. State Department put it, a “rising tide” of Jew-hatred has spread across Europe. It has sought a beachhead on American shores via a BDS (boycott, divest, sanction) movement, which is embraced by many on the left.

No matter what anyone thinks about Trump or his advisor Steve Bannon (whose Breitbart.com website has given a platform to alt-right haters), the attempt to compare our current situation with the rise of Hitler is absurd. Neither Trump nor Bannon is plotting the overthrow of democracy or attacks on Jews. Haters on the extreme right may feel empowered by Trump’s victory, but the alt-right won’t have a say in the government. To claim that America in 2016, where Jews are accepted in every sector of society and populate the highest levels of government, and where support for Israel is a function of bipartisan consensus (albeit challenged by the left-wing of the Democratic Party), is anything like what was experienced by Jews here or Germany 80 years ago is a canard, not rational analysis.

Nor can anyone credibly claim that even Trump’s rhetoric about Hispanics or Muslims is a prelude to the end of civil liberties in the U.S. There will be no “ban” on Muslims. If there are more deportations of illegal immigrants (or at least more than the vast number deported by President Obama), that will be an example of the rule of law being upheld, not destroyed. That is true whether you think the immigration laws should be more liberal or more restrictive.

What we’ve just witnessed was a successful populist revolt against established political elites. That may trouble some of us, but it is an example of how democracy works–not the prelude to its collapse. Moreover, there is no analogy between a Trump administration peopled by mainstream conservative Republicans and the accession to power in Germany 80 years ago of an avowedly racist, anti-Semitic, and anti-democratic political party.

Why then are we hearing so much talk about Weimar even from supposedly responsible people like Greenblatt and Cohen?

One answer is that their comments reflect the angst of partisan liberal Democrats (Greenblatt was a staffer in both the Bill Clinton and Obama administrations) who cannot believe Hillary Clinton lost to Trump. It’s also true that while the ADL has an important job to do in monitoring and speaking out against anti-Semitism, it has a vested financial interest in appealing to the paranoia of liberal Jews.

Those who are talking about Weimar and the 1930s are doing harm because their wild accusations make it harder to make the case against real anti-Semitism. They also are helping to drive the country further apart rather than seeking to unite it. Right now, responsible leaders should be telling Americans to start listening to each other rather than demonizing those who voted for a different candidate on November 8 with talk about Hitler. Those who can’t differentiate between our current situation and the rise of Nazism are not only failing to do the right thing; they have forfeited our trust. 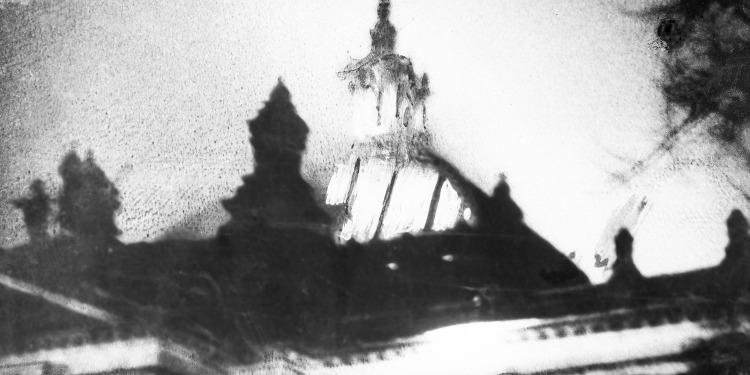