Last week, President Obama reluctantly signed into law a trade bill passed by Congress earlier this month that effectively banned U.S. cooperation with entities that support the BDS — boycott, divestment, sanctions — movement that targets Israel. But in his signing statement, he made clear that he would order the government not to enforce the will with respect to BDS campaigns that might target Israeli economic activity in the territories it has controlled since June 1967. He said this was consistent with longstanding U.S. policy on settlements. While the passage of the measure is to be applauded, there were three clear problems with the president’s stand from the point of view of support for Israel and the quest for peace.

The first is that he makes no distinction between isolated West Bank settlements and the blocs of communities that even he has at times conceded would remain part of Israel if a peace agreement were ever to be reached.

The second is that he also fails to draw any distinction between the disputed West Bank and Jerusalem. Though Obama is right that all of his predecessors did not recognize Israel’s control of a united Jerusalem, he, alone, has sought to treat the Jewish neighborhoods built in part of the city that were illegally occupied by Jordan from 1949 to 1967 as if they were hilltop settlements in isolated areas of the West Bank. In doing so, he has encouraged Palestinians and many of their foreign cheerleaders to believe that Israel’s ancient capital can be re-divided and that the hundreds of thousands of Jews who live in neighborhoods built in the last half-century will be forced out of their homes. Treating those neighborhoods like settlements is not only unrealistic, it alienates most Israelis who rightly view all of the Jewish sections of their capital as part of Israel.

The third is that treating boycotts of Jews in the West Bank and Jerusalem — about which the administration is presumably neutral or perhaps in favor — as somehow different from waging economic warfare against the state of Israel is a dangerous road to go down to. It is true that the U.S. recognizes some territory as Israeli and some not, but in term of boycotts; this is a distinction without a difference. It is also a standard that is not applied to other countries where unresolved territorial disputes linger, such as those of Morocco in the former Spanish Sahara. As it happens, neither the Palestinians nor the Islamist terrorists of ISIS or of Hamas, Hezbollah and their Iranian paymasters recognize any such distinction. Iran will pay a bounty to the families of terrorists who kill Jews inside pre-1967 Israel just as readily as they will to one slaughtered in the West Bank and Jerusalem. Palestinians honor the Arab who shot up a Tel Aviv café in January just as readily as they do those who shoot, stab, stone or incinerate Jews in Jerusalem and the West Bank.

Let’s be clear that one doesn’t have to be a fan of West Bank settlements or Israel’s current government to understand that even selective boycotts of Jews in the territories are an attempt to undermine the entire Jewish state, wreck its economy and aid those committing violence against it.

Most important, BDS campaigns of any sort do nothing to advance peace.

President Obama has often sought to blame the current stalemate on Israel. But he knows very well that the Palestinians have rejected several Israeli offers of peace that would give them statehood including almost all of the West Bank, a share of Jerusalem and Gaza. They’ve said no each time because even their moderates like PA leader Mahmoud Abbas refuse to recognize the legitimacy of a Jewish state no matter where its borders are drawn.

Those BDS advocates who say — often disingenuously — that they don’t wish for Israel’s destruction claim their efforts are aimed at forcing Israel to give up the territories. But that is not a formula for peace.

If the Palestinians ever undergo a sea change in their political culture and embrace peace and compromise, they will likely find the Israelis willing to give them the same kind of generous offer they’ve put forward in the past. But until then, the reality of the conflict is that any land Israel gives up becomes a terrorist base, not an incubator for coexistence. That’s what happened when Ariel Sharon withdrew every single Israeli soldier, settler and settlement from Gaza in 2005. The current situation in Gaza is that Hamas runs an independent Palestinian state in all but name there. The overwhelming majority of Israelis are painfully aware that a similar move in the West Bank would create an even greater menace to their lives than the one currently posed in Gaza where in 2014 Hamas terrorists shot several thousand rockets at their cities and used tunnels to cross into Israel to try to kidnap and murder Jews. Since then the tunnels have been rebuilt and the rocket arsenal replenished with the help of Iran, which will be able to put the vast wealth that will come to them as a result of the nuclear deal with the West to work on behalf anti-Israel terrorism.

This is something that even Israelis who oppose settlements understand. It’s also why even the leaders of the left-wing opposition to the Netanyahu government have also given up on the two-state solution for the foreseeable future.

What this means is that rather then encouraging the Palestinians to come to their senses and make peace, what the BDS campaigners — and their fellow travelers who seek to impose a boycott only on the West Bank and Jerusalem — are doing is encouraging them to continue the violence and hatred that has characterized the current “stabbing intifada” and every previous bout of violence. Those who care about resolving the conflict need to focus their energies on helping create such a sea change in the Arab and Muslim world. At a time where many Sunni Arab regimes are increasingly allying themselves with Israel against Iran and Islamist terrorists, for Americans and other Westerners to be embracing economic war against the Jewish state is madness.

That is also why the president’s equivocal stand is also so dangerous. To the extent that the United States wavers in its opposition to BDS or signals that partial boycotts are acceptable, it is signaling it acquiescence to the continuation of the war on Israel rather than demanding its immediate end.

The same is true of British Prime Minister David Cameron’s recent condemnation of the Israeli building in parts of Jerusalem. By speaking as if the Jewish presence in their ancient capital was a shocking assault on world peace, Cameron showed that the debate in the UK about the Middle East now consists of a Conservative Party that is neutral about Israel and a Labour Party that is actively hostile now that it is under the leadership of Jeremy Corbyn. The impact of his statement will be, like Obama’s comments, to disincentive any move toward acceptance of Israel on the part of Palestinians. Cameron’s comments, which can be read as delegitimizing Jewish rights to the holy places including the Temple Mount and the Western Wall, are particularly dangerous since they feed into a false narrative in which Israel is seen as the usurper. As Prime Minister Netanyahu correctly pointed out, it is only under Israeli rule that open access for all (except for Jews on the Temple Mount where they are still suffer discrimination) to the shrines has been protected.

The conceit of the statements of both Obama and Cameron is their belief that they can attack Israel in this fashion while remaining its friends. What both have yet to learn is that such supposedly even-handed stances are what fuel the conflict rather than help to end it. 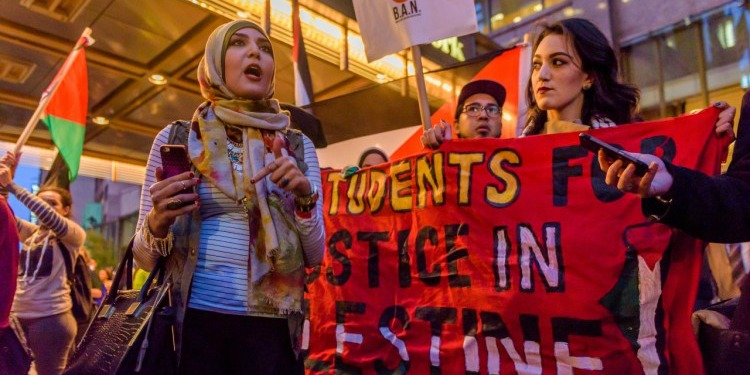