Last week there was some progress toward peace in the Middle East. Unfortunately, that progress wasn’t made between Israel and Palestinians seeking to create a two-state solution that would end the century-long conflict between the two peoples. Instead, the leaders of Fatah and Hamas took the first steps toward a breakthrough. Palestinian Authority leader Mahmoud Abbas, who runs the West Bank and Hamas leaders Khaled Meshal and Ismail Haniyeh had what appears to have been a productive meeting in Qatar. But while the lack of Palestinian unity has long been decried as an obstacle to peace with Israel, the conclave is not good news for those who hope for progress. To the contrary, what this shows is not a desire for a Palestinian unity government that is strong enough to make peace but rather one that is brought together by a determination to avoid it.

The split between the two leading Palestinian groups is a detail that is usually ignored by peace process advocates. Those who hope to further empower Abbas by granting the Palestinians statehood tend to forget that Gaza is for an independent state in all but name run by Hamas. The nine years since Hamas toppled the Fatah administration of the Strip in a bloody coup have provided a sobering preview of what a two-state solution might actually mean. The Islamist group not only turned the strip into a theocracy but also into a heavily fortified terrorist base from which it launched thousands of rockets against Israel before the Jewish state’s 2014 counter-attack brought about an uneasy cease-fire.

The hope among peace process advocates has always been that Hamas would either collapse due to dissatisfaction with its despotic rule or eventually come to its senses and join with the supposed “moderates” of Fatah to end the conflict. But though Gazans are as sick of Hamas incompetence and dangerous belligerence as West Bank residents are of Fatah’s corruption, there is no sign of any weakening of its grasp on power. Nor has there been any shift in its ideology, which not only demands Israel’s elimination but also the slaughter of its Jewish population.

Far from acting as a moderating influence on Hamas, it ought to be clear that it is Abbas, the man that President Obama has claimed is a “champion of peace,” and his group that has begun sounding more like the Islamists. The so-called “stabbing intifada” of the last year was largely the product of a conscious decision by Abbas to ramp up religious hatred against Jews by promoting a canard that Israel planned to harm the Temple Mount mosques. The PA’s successful campaign to get UNESCO to designate both the Temple Mount and the Western Wall as exclusively Muslim holy sites is also significant. It is both a sign that Abbas believes the only to compete with Hamas for popularity in the Muslim street is by mimicking their hatred and an indication of its clear refusal to accept the legitimacy of a Jewish state no matter where its borders might be drawn.

This is not the first such try at Palestinian unity. A Fatah-Hamas accord helped destroy Secretary of State John Kerry’s attempt to broker peace in 2014. But the seriousness of this latest attempt was demonstrated by the presence in Qatar of the heads of the two Hamas factions — Haniyeh, who runs Gaza and Meshal, who runs the political operation outside of the strip.

It’s likely that Abbas is hoping to rope them into some kind of agreement that will present a united front to the world in advance of the PA’s next attempt to gain statehood or a condemnation of Israel at the UN this fall. Seen in that context, the unity efforts are not just more pointless Palestinian posturing but a clear strategy aimed at providing a false veneer that President Obama can use to justify a betrayal of the Jewish state. If Obama uses the period after the presidential election to launch a parting shot at Israel before his term expires he needs to be able to pretend that the Palestinians are ready for peace. But this unity effort is the opposite of peace.

Though the administration’s illusions about Abbas remain, the United States government still rightly labels Hamas as a terrorist group. If Washington were serious about peace it would be demanding that Abbas renounce any effort at unity with Hamas unless it changed its character and embraced peace. The unity meeting ought to ensure that the U.S. continues to oppose any effort by the PA to avoid direct peace talks with Israel. The fact that it may instead be used to help the president undermine Israel’s diplomatic position and further isolating it in a way that the next administration may not be able to reverse further demonstrates the bankruptcy of Obama’s approach to the Middle East. 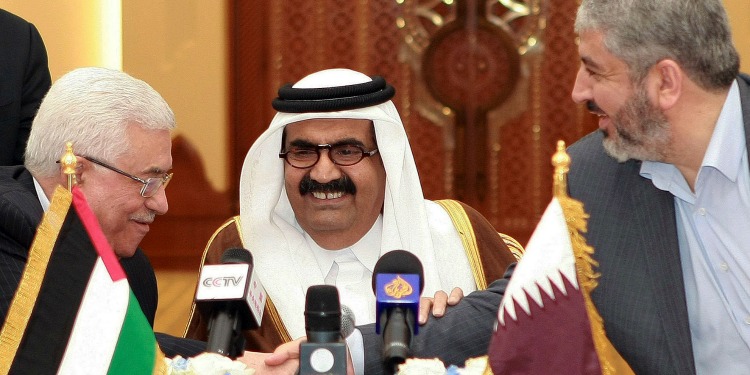