When new spread that President Obama was planning to address the nation on Sunday night to discuss terrorism in the wake of the San Bernardino shooting as well as the recent Paris attacks, the assumption was that he understood that Americans needed to hear something different from him. Throughout the last two years as the threat from ISIS metastasized, the president had dismissed the idea that drastic action was needed. The terrorists were either insignificant (the “JV” team) or “contained.” Even after Paris, the president acted as if questions about whether ISIS’s ability to hold onto its caliphate and to expand its war into Europe more than a year after his promise to destroy them were insults that barely merited a response. After last week’s shock, surely the president had wised up and was ready to at least strike a different tone, even if he was unable to come up with a different strategy. But those who thought the president was capable of a course change were ignoring everything we’ve learned about him in the last seven years.

Others, like our Max Boot and Noah Rothman, have discussed some of the serious errors in policy that were once again on display in Obama’s Oval Office speech. It is clear that the president is wrongly sticking to a war strategy that has no chance of succeeding in bringing victory over ISIS. Just as bad, he is seeking to divert that nation’s attention from what is clearly a genuine crisis to a mythical concern over a wave of prejudice against American Muslims for which there is no evidence. But rather than just concentrate on highlighting his mistakes, at this crucial moment of history, it is also important for us to assess the president’s performance as a leader.

No war can be won or a crisis navigated without leadership. Regardless of the circumstances, all nations that must pass through such trials require leaders who can articulate their vision and rally the people to the In order to justify the sacrifices and to explain the choices that must be made, the problem must be faced, and a rationale for action is required. Essential to that is not merely a correct course of action to be followed, but an ability to project the sense that a government is being honest about the challenge and regards it with the seriousness and purpose necessary for it to succeed.

All that was lacking from the president’s Oval Office speech. Instead of acknowledging that his efforts had been inadequate to that point and promising a new and more vigorous fight against ISIS, Obama merely gave us more of the same. He had, he told us, been right all along. He dismissed any alternatives to his half-hearted approach to a war that he never wanted to fight as either foolish or mere posturing. So long as he is president, nothing would change. The answer to America’s genuine and justified concerns was not a rethinking of a failed strategy but calm and a reminder that Obama is always right.

Americans are scared about terror and concerned that a JV terror group now runs a territory the size of European country from which it sallies force to kill Europeans. Their ability to hold onto their caliphate also projects the sense that it is winning its war against the West thereby not only generating recruits from both the Middle East and the West, but also inspiring Western Muslims to attack even without direct instructions. But the president seems to believe the answer is for us all to be quiet and listen to him. Moreover, the speech reflected a hubristic belief on Obama’s part that if only we hear his message often enough we will come to understand that he knows best, even if events seem to indicate otherwise.

President Obama’s desire to pivot the discussion from a war against Islamist terror that the U.S. isn’t winning to liberal talking points about gun control or Islamophobia aren’t merely an attempt to divert us from the crisis. They reflect a belief that his liberal domestic agenda and his desire to stick to his plan to withdraw from the Middle East is more important than any terror attack, or even the reality of an Islamic State that is in no more danger of being “degraded” than it is being “ultimately defeated” as the president once promised.

Rather than taking his cue from events and an empirical analysis of what has worked and what has failed, the president is still stuck in the same mindset that he brought to the White House with him in 2009. The only guiding principle of his foreign policy is not to invade Iraq in 2003. The only thing he thinks he knows about terrorism is that it is caused by American actions and reactions rather than be based in a powerful religious ideology with a mass following that he refuses to acknowledge or name. That’s why he continues to tell us that we can’t attack and destroy ISIS in its territory and that any tough actions at home or abroad will only create more terrorists.

Different strategies can be debated, and their relative strengths can be logically and dispassionately assessed. But the problem with Obama’s speech was not so much the dogged loyalty to ideas and policies that haven’t succeeded as his sense that the real mistake is that Americans might choose to believe their lying eyes and ears rather than him.

This is a president that is capable of summoning up great passion to advocate actions that he believes in, such as more gun laws or in heaping scorn on his opponents. But he has no passion for the war against ISIS because he doesn’t believe it is important or that all that he has done to allow these Islamists to prosper was a mistake. Obama’s failure is not just that he won’t pursue a tougher strategy or that he would rather we focus on gun control or a mythical backlash against Muslims rather than the reality of an ISIS that many millions around the world think is the “strong horse” that is winning its holy war against the West. It’s that he is incapable of believing that his assumptions about the world might not be correct.

Though such hubris is a liability in any era, it turned out that this magical politician whose historic status as our first African-American politician wasn’t the right man for this particular moment in history. As the forces of terror gather strength, the free world needed a leader who could inspire the West to fight evil. What it got was a president who thought the struggle was a distraction. Those who will suffer because America chose not to seek to defeat ISIS should know that it is this failed leader in the White House who is one of the principal authors of this tragedy. That will be President Obama’s true legacy. 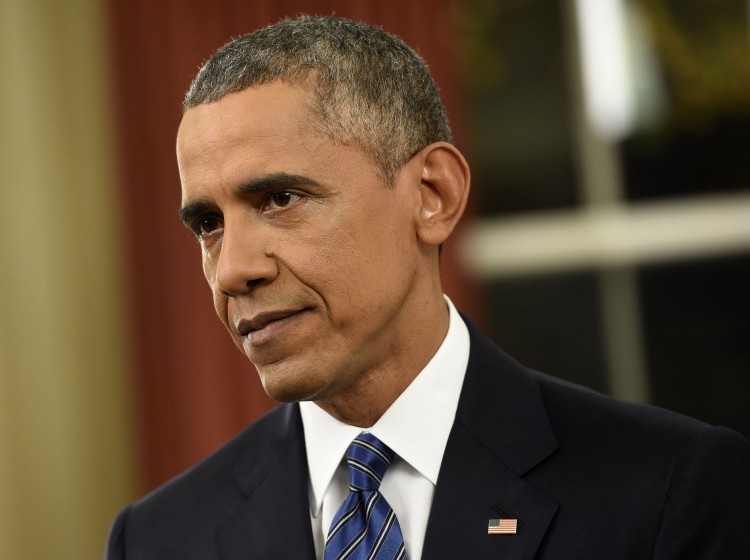