Last summer’s U.S. Supreme Court decision in King v. Burwell made it clear that ObamaCare was here to stay. Or at least until 2017, when the election of a new president might make it possible for Barack Obama’s signature health care legislation to be repealed and/or replaced. But long before Chief Justice John Roberts handed down yet another illogical decision that twisted the law into a pretzel in order to preserve the plan, the White House was claiming the debate was over. The attempts by Republican Congressional majorities to repeal it were not so much dismissed as they were mocked. As far as Democrats are concerned, a bill whose passage was the result of a narrow window of time in which they possessed 60 Senate votes meant the issue is settled for all time. But as much as Obama, Hillary Clinton, and the mainstream media echo chamber keeps telling us to stop talking about it, problems keep popping up. From the latest news about the massive price increases scheduled for 2016 to the collapse of more than half of the state co-ops that were supposed to help keep costs down, only an observer with ideological blinders believes the debate over the misnamed Affordable Care Act is really over. Any legislation that creates at least as many losers as it does winners can never be considered unassailable.

Defenders of the program are probably right when they claim that it is impossible for the country to simply scrap the plan and start over from scratch. The public believes that the nine million people now on the plan that formerly had no insurance can’t be deprived of their coverage.

This is something of a misnomer because, as the Heritage Institute pointed out in a paper published last month, almost all of these people were simply added to the rolls of those receiving Medicare. If you only count those who are actually receiving insurance outside of Medicare, the net increase of those with coverage (the number of those buying these policies is offset by an almost equal reduction in the number of customers who have employer-based plans) is only 260,000 people.

Nevertheless, it is true that any alternative to ObamaCare is going to have to take into account that those who now have health insurance must be similarly accommodated in the future. But as the Heritage report makes clear, ObamaCare did not deliver the cost savings for the system that was promised by the president. To the contrary, as we have seen at every stage of its implementation, while some benefit, equal or greater numbers of Americans have been inconvenienced or actually seen their costs increase. The number of those ObamaCare losers continues to grow with each passing year.

We saw at the outset that those with private plans were often deprived of their existing coverage and health care providers they liked, despite the president’s famous promises. As the rollout continued, we’ve also seen that the basic premise that it would lower costs was a lie. As Rich Lowry pointed out in the New York Post, studies of its impact show that by imposing new regulations and mandates on employers it raised the cost of insurance while trying to hide the increases with massive federal subsidies. But like all such deceptions, it was bound to fail and that’s what we’re seeing with the latest round of increases and the collapse of the co-ops.

As the New York Times reported, Democrats contend that a majority of the co-ops are failing largely because Congress has refused to keep propping them up with more taxpayer dollars. But only a big government liberal can really believe that competition can be artificially imposed on a system by pumping federal money into a scheme.

But the point about the impact of the subsidies is key to understanding how ObamaCare is operating.

For those at or below the poverty level who are getting federal subsidies for their ObamaCare policies, the system works fine. But for everyone else, especially the millions of other working and middle-class Americans who were supposed to benefit from ObamaCare that are not being subsidized, the system is a bust. Rather than being helped, they are experiencing higher health care costs. ObamaCare plans with the largest number of customers in the exchanges are scheduled to experience double-digit price increases. No wonder the number of those enrolled in ObamaCare is less than half of what the Congressional Budget Office predicted for the start of 2016.

All of which brings us back to the assumption that the debate about the not-so-Affordable Care Act is really over.

If the Republicans control the White House and both Houses of Congress in 2017, they’ll have a chance to repeal ObamaCare but they’ll have to come up with an alternative. As it happens, new House Speaker Paul Ryan helped author just such a proposal last spring. That explodes the liberal belief that the GOP has nothing to offer on health care. But what they also don’t understand is that contrary to their expectations the more Americans know about ObamaCare the less likely they are to like it.

President Obama created a vast new entitlement for which middle-class Americans are being obliged to pay. While Democrats claim they are defending the rights of the downtrodden, a close examination of what they’ve accomplished reveals that what they are really seeking to preserve is a misguided intervention by the federal government into one-sixth of the U.S. economy. Unlike Social Security or Medicare, which produced few if any losers and a vast population of winners, the ranks of ObamaCare losers are growing with every price increase and mandate imposed. Which means that no matter who is elected in 2016, Americans are likely to want the next Congress to overhaul this mess rather than merely preserve a law that is doing at least as much harm as good. 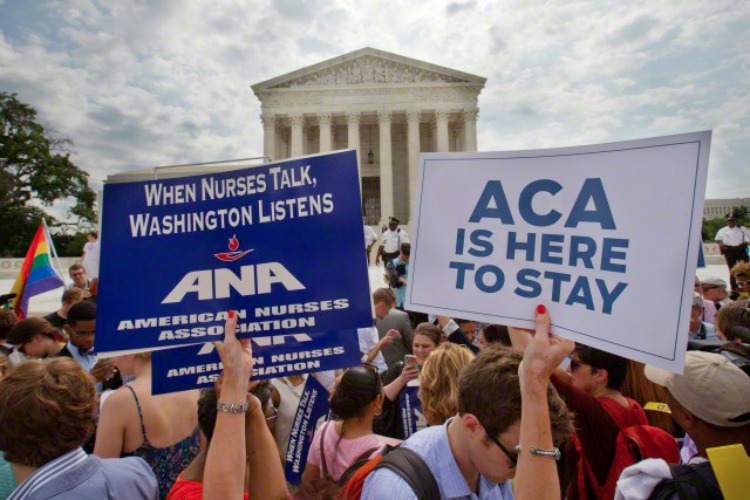