On Monday, President Obama spoke to the country after meeting with his national security team about ISIS and the threat of terrorism. His purpose was to reassure the nation that the battle with the ISIS terrorists was being won, and described a conflict in which the Islamic State was on the run everywhere. He even praised the shaky cease-fire in Syria and expressed optimism that a political solution to the Syrian civil war was possible.

But on Thursday, Americans got a sobering dose of realism. Speaking in a rare public hearing of the Senate Intelligence Committee, CIA Director John Brennan said that, despite some of the setbacks of which the president had spoken, ISIS’s “terrorism capacity and global reach” had not been reduced. He said the group was training terrorists for operations beyond the territory it still controls in the Middle East. He also noted that the Assad government in Syria was stronger than it was a year ago and showed no signs of losing power.

Which view is correct?

In a strict sense, nothing the president said was inaccurate. ISIS has lost ground, and many of its leaders have been killed. As Brennan said, the overall number of their fighters also appears to have declined. The U.S. is conducting air strikes and aiding Iraqi forces fighting the terrorists. Secretary of State John Kerry also continues to work to make the Syria cease-fire hold. But Brennan’s sober analysis of the group’s continuing strength and ability to strike the West put the president’s optimism in its proper context. As even the New York Times noted in its coverage of the CIA director’s remarks:

Brennan’s testimony raised questions about the effectiveness of the U.S. position on Syria that Assad must leave power and its strategy to “degrade and ultimately defeat” Islamic State.

In other words, in his effort to allay the justified fears of Americans about yet another ISIS-inspired mass attack in the United States, Obama was blowing smoke.

It has been nearly two years since the president promised to “degrade and ultimately defeat” ISIS. In that time, a ragtag army of terrorists without conventional heavy weapons has managed to hold its own despite losing some of the massive territorial gains it made across both Syria and Iraq. The substitution of ISIS rule for that of Iranian-backed militias in the parts of Iraq they’ve lost is also not a net gain for the anti-terror war.

As for Syria, as long as Bashar Assad is left in power, the war there will continue, and ISIS will pose as a force defending Sunni Muslims against the Alawite-run government and its foreign allies. The administration acquiesced to the Russian intervention there and the result has been, as Brennan noted, that more moderate rebels equally opposed to ISIS and Assad have borne the brunt of their attacks.

Despite his futile calls for Assad’s ouster, the president’s policies of years of non-intervention followed by tacit approval of the Russian and Iranian efforts to prop up the dictatorship have ensured that the regime’s hold on power is not really in doubt. That’s why 51 U.S. diplomats have called for a change in U.S. policy toward Syria and for a policy to topple Assad to  end the terrible suffering in that country.

So long as ISIS continues to hold onto to its strongholds and can boast of having a real caliphate, it will be seen by Islamist sympathizers around the world as a “strong horse” that is successfully defying the West. Even if we concede that the anti-ISIS campaign has had some successes, the group’s ability to defy the greatest military power in the world for so long will continue to attract recruits and inspire lone wolves to strike out on their own.

If that weren’t bad enough, Brennan’s testimony also threw cold water on the happy talk we’ve gotten from the administration and its liberal cheerleaders about Syrian refugees. ISIS is not merely inspiring attacks abroad, Brennan said; it is also exploring “ways to the West via refugee flows, smuggling routes and other forms of travel.” Put that way, it’s hard to see how continuing to admit Syrian refugees at current levels, let alone the increased rates proposed by Hillary Clinton, is something a prudent government would consider.

Perhaps good news about ISIS was what Americans wanted to hear from the White House after Orlando, but Brennan’s remarks make Obama’s reassurances ring false. The president’s lack of interest in fighting this war has never been a secret. But the reality of an Islamist terror threat is greater today than it was four years ago—let alone when he took office. 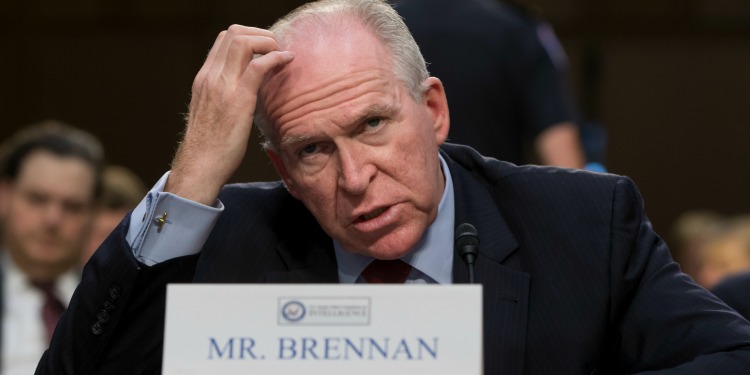