Donald Trump’s all out attack on the news media yesterday during a press conference about his contributions to veterans’ organizations was widely panned by most of the people he was criticizing as “dishonest” if not “sleazes.” But it’s likely that it played very well with most of the people that voted for him in Republican primaries, who, as Rush Limbaugh said, have been waiting for years for a GOP candidate to declare war on a liberal mainstream media that always tilts the playing field in favor of the left. Yet, as our Noah Rothman pointed out earlier, in this case, the press was just doing its job in following up on Trump’s promises. Despite his bluster, the payments to the groups Trump alleged would receive the money he raised at a January fundraiser did not arrive until after reports about unmet pledges were published. In this case, as with all others concerning Trump, his anger is not directed at double standards in which conservatives are judged or covered differently than liberals. Rather, Trump’s standard for good reporting is the same as his opinion about what constitutes a good judge: those who flatter him or do his bidding are good, and the rest are called names.

But Trump’s shot at the judge who is presiding over the lawsuits concerning his “University” is a reminder that there is a basis for comparison between coverage of his campaign and that of his general election competitor, Hillary Clinton. In the wake of  yesterday’s release of documents containing testimony in the case against Trump University, the presumptive GOP nominee’s camp is trying to explain what appears to be damning evidence that he was conducting a deplorable scam. The documents reveal Trump University to be a high-pressure sales business that sought to fleece gullible people who were convinced that giving the billionaire $35,000 to be taught to buy low and sell high would make them rich.

That ultimate outcome of that case will be decided in a court of law rather than one of public opinion. We must have faith that the judge, whom Trump blasted as unfair for not throwing the case out while also calling him a “Mexican,” will render justice to both the billionaire and his marks. But the massive attention given to the case is causing some of Trump’s apologists to cry foul. While they can’t say much that makes sense in defense of “Mr. Trump” and his shady seminar business, they are relying on the tried and true tactic that Republicans like to fall back upon: blame the media for being unfair. In this case, that means saying that the press isn’t paying sufficient attention to Hillary Clinton’s scandals while going overboard on Trump’s problems.

It depends on what time frame you are using to judge the question. Hillary Clinton has been in national politics for the last 25 years and, during that time, not even the most die-hard foe of the Democrat or her husband could deny that she has gotten a lot of scrutiny even by liberal media. From questions about the Whitewater scandal involving her law firm while she was First Lady of Arkansas through a myriad of other problems she’s gotten herself into, one can’t say her flaws have been ignored. If she has survived them all, it can be attributed to the Clintons’ shameless willingness to claim innocence. That trait has been on display a lot lately as she continued to lie about the propriety of her home email service and her blatant violation of State Department rules and the law.

Whether or not the Justice Department chooses to indict her for mishandling classified material — as they would if she were not a presidential candidate of the party in power — the email scandal is significant in that highlights the reason she might have been trying to conceal so much information: the activities of the Clinton family foundation. As Peter Schweizer’s book, Clinton Cash, pointed out, the foundation is a billion-dollar charity that doesn’t give much money to charity while operating as a thinly disguised political slush fund. Its main purpose is to provide Bill, Hillary, and Chelsea Clinton a lordly lifestyle and opportunities to hobnob with the wealthy in order to raise more money. The conflicts of interest between the foundation’s donors and the decisions made by the State Department during Hillary’s tenure there — such as the sale of a uranium mine to a donor doing business with Russia — are the real issue.

But while we weren’t hearing much about Hillary’s woes yesterday, you can’t pretend the mainstream press hasn’t devoted considerable effort to that story. The New York Times, the Washington Post and the Wall Street Journal all worked hard to break new angles following up on Schweizer’s research. While they have not pursued those stories as much as Clinton’s critics would like, they haven’t stinted on coverage of the email issue either. If, as conservatives never tire of pointing out, polls show that Hillary is not considered trustworthy, it is in large part due to the media’s coverage of scandals for which she has no good answer.

So rather than considering Trump’s problems as media bias,  we should instead be thinking about what kind of scandal the American people think is worse.

The Clinton Foundation and its conflicts of interests are a classic example of stealing big. Donors to the foundation were buying access to the Clintons at the fashionable resorts where the Clinton Global Initiative held the shindigs on which most of the money it raised was spent. But they were also buying — with six and seven-figure donations and the hundreds of thousands both Bill and Hillary made for giving speeches — the kind of influence that uranium mine owners crave in order to get their way. The value of that influence will only increase if the former First Family takes up residence again in the White House.

On the other hand, Trump University is a classic example of stealing small. The testimony that has been published reveals the sort of tawdry tactics that are a staple of such scams in which Trump’s pigeons are pressured to spend their savings or even to go into debt to give him money for a course that appears to have been of little value.

As some of Trump’s apologists have pointed out, no one put a gun to the “students” at TU to make them hand over their money. The outcome of the fraud case rests on whether the promises that were made to them meet the legal definition of fraud even if none of it passes the smell test.

And if the Clintons’ donors are not suing to get their money back, perhaps it is because they are okay with giving to a charity that spends very little on directly helping people because the access and the influence they received made it money well spent.

Which is worse? Among other aspects of this election, that’s something the people will decide in November. You can make a good case for either being more awful, but the truth is that both are guilty of involvement in activities that ought to be beneath the president of the United States or any decent person. But no matter what the voters decide, don’t blame political media or their liberal bias for the outcome. They’ve given us the information. It’s up to the voters to decide whether stealing big is worse than stealing small, or vice versa. 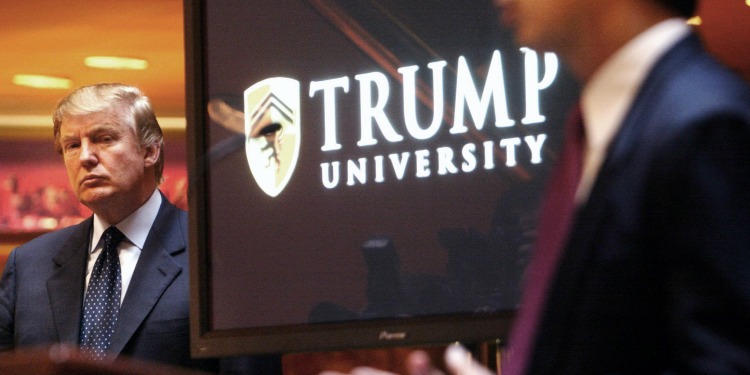