It took a week, but the left is finally finding its voice about the shocking videos that portray Planned Parenthood officials bargaining for the sale of body parts from aborted fetuses. The initial response from liberals to the controversy was shocked silence that bespoke a hope that an apology from Planned Parenthood would suffice to answer critics. But more videos are becoming available showing other such conversations that betrayed a cynical and mercenary attitude toward the treatment of these tiny bodies that have been shattered and “crushed” by the procedures that they profit from. Thus, Congressional Democrats and liberal organs such as the New York Times are now speaking out both in defense of the organization and the practice of selling the refuse of abortion. The counterattack against the group’s critics attempts to cast the debate as one in which the right to abortion or even research with fetal tissue is being called into question. But the Planned Parenthood videos are shocking because they reveal the barbarism of late-term abortion procedures used on infants that could possibly survive outside the womb and the callous way in which abortion mills profit from them. The issue here isn’t the future of Roe v. Wade or medical research, but the reality of a practice that rightly strikes most Americans as equivalent to infanticide.

The Times claims the videos are the product of a “campaign of deception” directed at Planned Parenthood and that the edited versions of the videos initially released distort its position. However, such umbrage about the tactics of those trying to monitor an organization that receives vast amounts of taxpayer dollars is entirely hypocritical. As liberal columnist Kirsten Powers noted in USA Today, no one on the left thought there was anything wrong with someone secretly taping the embarrassing private talk by Mitt Romney in which he spoke of “47 percent” of the public being bought by the Democrats. The Times had no problems with the means by which the tape was produced or the fact that the damning quote was taken out of context. The same standard should apply to Planned Parenthood officials that spoke on tape about their “less crunchy” ways of killing the infants whose body parts they were hawking.

Nor should we be diverted by the Times or Planned Parenthood’s Congressional defenders attempt to claim critics of the group want to ban all medical research with fetal tissue. No one wants to ban research but it is hardly surprising that the videos provoked outrage because what they reveal is that an organization that claims to be about women’s health is actually in the business of mass harvesting human organs. That is a point that isn’t refuted by claims in the unedited versions of the videos that the group only seeks to get its “expenses” back from the sales.

What Planned Parenthood’s apologists don’t understand is that the issue here isn’t deception but morality. The group’s Deborah Nucatolla, its senior director of medical research, was caught on tape saying that it could produce more saleable body parts by performing more late-term abortions. If that is indeed what they have been doing, and there is no reason to believe that this is not unusual, then it is clear that Planned Parenthood is engaged in a practice that is deliberately seeking to promote abortions under circumstances that are morally dubious because of the survivability of the fetus and which have nothing to do with the health of the mother.

While most Americans still support keeping abortions during the first trimester legal, the outrage about the tapes worries the Times and the abortion industry precisely because it focuses attention on an aspect of the issue on which the vast majority of the public is not on their side. Late term abortion is rightly opposed because, in an era of ultrasounds and medical advances that make it possible for many infants that have been in the womb for more than 20 weeks to survive, the practice is morally indefensible. And, if most Americans think killing such infants is horrific, how much more despicable is a taxpayer-funded group that sells the body parts of these babies?

The problem here isn’t whether knowledge about the way Planned Parenthood thinks and operates helps those who would like to ban all abortions. The real issue is whether we have become a culture that is indifferent to immoral medical practices aimed at producing body parts for sale. Defense of the practice isn’t so much a matter of abortion rights as a willful effort to prevent us from even considering the moral dimensions of the issue. That those who believe an unrestricted right to abortion under any circumstances is the only principle worth defending are ready to defend such gruesome practices is deeply troubling. No matter where you stand on the question of legal abortion, there are some things that no decent society should tolerate. Congress would do well to investigate this matter and defund Planned Parenthood. 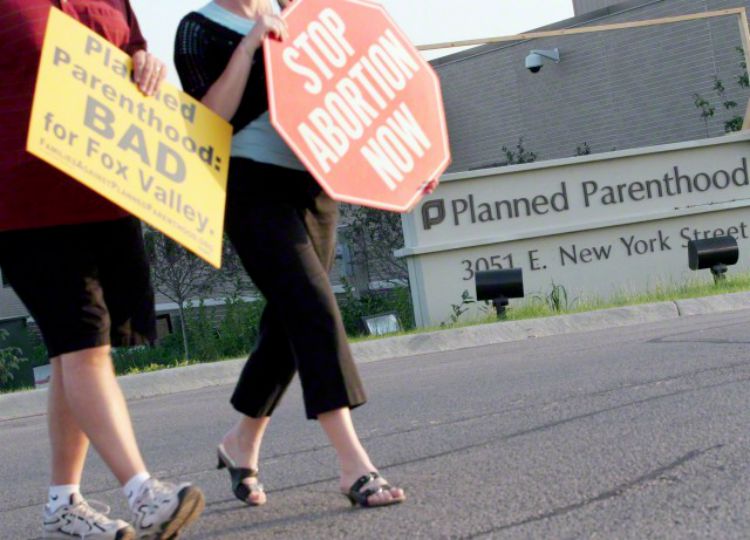