When Hillary Clinton campaign chair John Podesta said yesterday that he wanted the Electoral College to be briefed by U.S. intelligence on their findings on Russian hacking and possible interference in the elections, a line was crossed. Up until now, talk about trying to influence the electors to abandon their obligations to vote for the candidate chosen by their state’s voters has been more a matter of marginal Democrats working their way through the various stages of grief about Donald Trump’s victory. Podesta’s letter is something more than that. The Clinton camp isn’t going to be able to alter the outcome of an election that was decided on November 8th, but they are setting a dangerous precedent that could permanently poison an already deeply dysfunctional American civic culture in ways that Democrats may come to regret in the future.

The post-election period started with an exemplary concession speech by Hillary Clinton the day after the voting in which she sounded all the right themes about acceptance of the outcome. But expecting the 48 percent of the country that voted for Clinton to be good sports and meekly stand aside as Trump assumed control was probably too much to ask. Clinton voters—as well as those who cast ballots for minor party candidates or chose not to vote at all—regarded Trump as uniquely unfit for the presidency. So when Green Party candidate Jill Stein began raising money and seeking publicity for an attempt to recount those key swing states that Trump had won by relatively narrow margins, the Clinton camp felt obliged to go along. But as everyone knew the recounts would change nothing (as was the case in Wisconsin, the one state where a recount was allowed to go forward).

That left Democrats with only one option: an attempt to get enough members of the Electoral College to dump Trump. That was at first merely the initiative of a few Democrats who were pledged to Clinton rather than the president-elect. As such, it was nothing more than an exercise in futility. The effort did send many liberals back to The Federalist Papers to read Alexander Hamilton’s belief that the College had the right to vet candidates rather than just rubber stamp them. The irony of the left, which takes it as an article of faith that the Constitution is a living document where original intent should be ignored, looking to the great Federalist for guidance was lost on most Democrats.

By seeking to link the controversy over Russian hacking to the Electoral College, though, Podesta and the rest of the Clinton camp is attempting what the Wall Street Journal rightly termed a “coup.”

Those calling for investigations into Russia’s illicit efforts to discredit American democracy are on solid ground, and Trump has done himself no credit by seeming to play the role of Kremlin apologist. But by no stretch of the imagination can the release of Podesta’s emails or any of the other results of the hacking be considered a factor in Clinton’s defeat. The Wikileaks document dumps were embarrassing. But there was little in them that amounted to more than a minor annoyance for Clinton, especially when compared to the impact of the other major October surprise that came in the form of the release of Trump’s “Access Hollywood” tape.

Podesta’s statement will be correctly seen as an attempt by the Clinton camp to cast doubt on the legitimacy of Trump’s victory. Even if it influences none of Trump’s electors, it is an attempt to re-litigate the election results that are not in doubt in a way that is unprecedented in modern American politics.

2016 was a year in which none of the old rules of politics applied and Trump was responsible for most of the rule breaking. But there is nothing that Trump has done to break our democratic system that compares with an attempt to tamper with the votes of the Electoral College. Doing so is a standing invitation for every future presidential loser to play the same game, and no one should doubt that Republicans will remember this the next time they are on the short end of the count. Podesta and the rest of the Hillary camp are playing with fire. They have done something that may wind up burning the next Democrat who has better luck than Hillary. 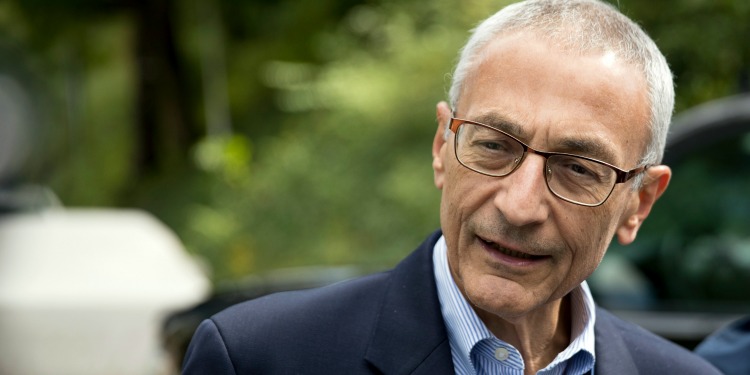