To listen to many in Europe, the American foreign policy establishment, and even the Jewish left, any discussion about the reason for conflict in the Middle East centers on Israeli policies and West Bank settlements. But while the conflict with the Palestinians continues remains the obsessive focus of much of the international media, the truth is something very different. For proof of that, you don’t have to rely on me. Just ask the head of Hezbollah.

Earlier this week, Hezbollah chieftain Hassan Nasrallah gave a speech on the anniversary of his predecessor’s violent death in which he made typical boasts about plans to attack Israel, including a threat to blow up chemical tanks in Haifa, which would result in mass deaths. But aside from the usual invective against the Jewish state, the Shia leader’s ire was directed at Sunni Arab states in the region. What was his complaint? That many Arab nations now “consider Israel a friend and ally.”

Nasrallah is right. While Egypt has had an ice-cold peace with Israel since 1979 and has had open relations with Jordan since 1994, in the last year the Jewish state’s relationship with the Arab world has been transformed. Driven by the common menace of Islamist terror as well as by fear of the growing strength of Iran in the wake of the nuclear deal championed by President Obama, the solid Arab wall of enmity toward Israel has crumbled. While hatred of Israel and open anti-Semitism is still a staple of Arab and Muslim political and popular culture, the Sunni states have now aligned themselves with Israel against Iran and its Hezbollah terrorist auxiliaries, as well as Sunni Arab allies like Hamas and the Muslim Brotherhood. Moreover, these ties aren’t limited to the military government in Egypt that is primarily concerned with its war for survival against the Brotherhood or a Hashemite dynasty in Jordan that has always looked to Israel for support against enemies. Now even the Saudis — the guardians of the holy Muslim shrines in Mecca and Medina — and other Gulf states are making no secret about their informal and private alliance with Israel.

Prime Minister Netanyahu spoke on the same topic earlier this week when he said that he thought it was high time Arab states came clean in public about what has been happening. While the Egyptians and the Jordanians are increasingly public about the extent of their security cooperation with Israel — including joint military exercises — the Saudis and others are still worried about being fingered in the Arab street for being, as Nasrallah rightly noted, Israel’s “friend and ally.”

The Hezbollah leader and his Iranian masters are locked in open combat with the Sunni states because of their intervention in the Syrian civil war. Hezbollah has suffered terribly in recent years because of their losses in terms of casualties and image because of their employment as Iranian-paid mercenaries loaned out to fight for the brutal Assad regime. While Nasrallah would like the world to think he’s preparing to fight Israel, the truth is that the ordeal of their participation in mass slaughter in Syria has taken a toll on the group.

Nasrallah’s taunts at the Sunni states hint at the real dividing line in the Middle East. On one side are Iran and its terrorist allies Hezbollah, Hamas, and the Houthi rebels in Yemen, as well as its ally Syria and Assad’s Russian patrons. On the other side is the rest of the Arab world and Israel.

President Obama’s nuclear deal that ended international sanctions against Iran has strengthened the Islamist regime immeasurably. Its economy is getting a boost from the $100 billion in frozen assets that Obama turned over to Tehran as well as from the flood of foreign businesses that hope to benefit from a newly rediscovered market. But Arab states understand that pumping up the Iranian economy presents a threat to their security because a significant share of the profits will go to the Iranian Revolutionary Guard Corps and its associated terrorist groups as well as to the Iranian military and now legal nuclear program.

The Arab world understands that Iran’s motivation is not, as President Obama said, “to get right with the world,” but to seek regional hegemony. So it is no surprise that Sunni states are now aligning themselves with a regional power that also fears Iran and presents no threat at all to their nations: Israel.

As Netanyahu and Nasrallah both understand, this is a revolution in Middle East politics that is turning the conventional wisdom and alliances on their head. But what is really curious about some of the international discourse about the Middle East is the way some European countries and other foes of Israel continue to ignore this reality.

The Sunni states may sympathize with the Palestinians but, unlike many Americans, they understand that PA leader Mahmoud Abbas and his predecessor Yasir Arafat have rejected offers of statehood and peace and have lost patience with their desire to persist in a conflict that can yield no rewards for them or the Arab and Muslim world. While the Sunni states may not be Zionists, they understand that the real threat to their security is Iran and its Islamist terror network, not a Jewish state that is solely focused on its survival.

Yet somehow these facts elude Israel-bashers in the U.S. and some European governments, like the French, that persist in thinking that the focus of diplomatic efforts in the region ought to be on pressuring Israel to make concessions to Palestinians that don’t actually want peace.

The real question for the world about the Middle East now is which side are you on? Are you with Iran, its terrorist allies, and the butchers of Damascus? Or are you standing with the Sunni states and Israel as they seek to prevent Iran from achieving its strategic goals that have been advanced by a feckless Obama administration? At this point, any diversion from that dilemma isn’t merely unproductive. It’s a denial of reality. 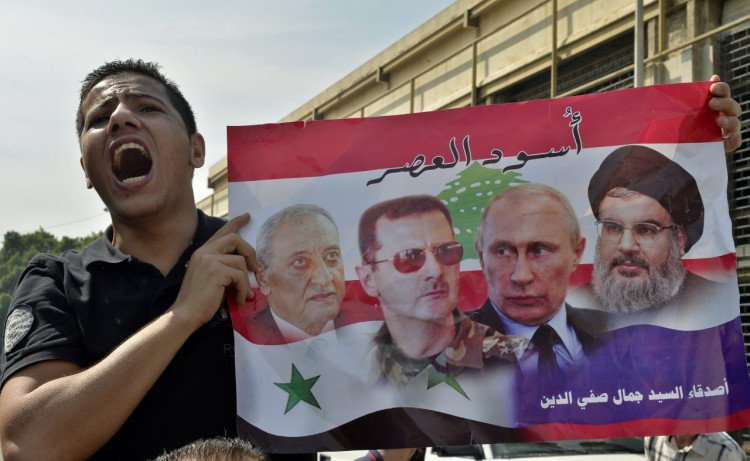