Americans are still shaken by the San Bernardino shooting this past week and the revelations that — contrary to the initial assurances of the Obama administration and the mainstream liberal media — it was an act of Islamist terrorism. But for Israelis, such outbreaks of violence, largely inspired by Muslim religious fanaticism, are routine events. For more than two months, a so-called “stabbing intifada” has been going on there in which every day Palestinians try to stab, shoot, run over, or stone random Jews they see on the street. Yet unlike their reactions to tragedies that happen elsewhere, Facebook users around the world aren’t changing their profile pictures to express their sympathy with the victims or to express outrage at the terrorists. To the contrary, much of the world seems primarily interested in blaming the Israeli victims and treating acts of self-defense by the victims and Israeli police as the real problem. A classic example of this double standard comes from Sweden where Foreign Minister Margot Wallstrom claimed Israel was conducting “extrajudicial executions” of Palestinian terrorists.

Wallstrom was referring to the fact that some of those who attempt to murder Israelis have been shot dead while trying to commit murder by their intended victims or by police that come to their rescue. Later, Wallstrom walked back that remark to some extent and claimed she was merely saying that Israel’s response to terror was “disproportionate” and blamed both sides for the problem. If any of those at the holiday party that the San Bernardino killers targeted had the ability to fire back at their attackers, would that have been considered disproportionate? At best, this is a reprehensible example of a false moral equivalence between terrorists and victims. At worst, it’s yet another blood libel against the Jewish state whose premise is that, unlike other people, Jews don’t have the right to try and stop people from killing them.

But that’s not the only double standard regarding Israel and terrorism.

This week, Israeli authorities announced that they had arrested several Jews in connection with the horrible arson slaying of an Arab family in the West Bank village of Duma that took place this past summer. The crime, which was widely assumed to be a “price tag” attack carried out by settlers determined to avenge terror against Jews, shocked the world and has been cited as proof of Israeli barbarism as well as the illegitimacy of Jewish settlements in the West Bank. But as deplorable and tragic as that incident was, it also points out the difference between Israel and the Palestinians.

Both at the time and since then, Israel’s government and virtually every sector of society and political affiliation denounced the Duma attack. Israelis deserve no medals for deploring the mad ideologues that may have carried out this crime but the assumption on the part of critics of their country that the government isn’t willing to punish Jews who commit terrorism is utterly false. Indeed, the lawyers representing the accused and the tiny number of people who appear to sympathize with these extremists are complaining bitterly about the fact that the Netanyahu government is treating these Jewish prisoners the same way they do Palestinian terror suspects.

Contrast this with the attitude of the Palestinian Authority, whose leader and government have been falsely lauded by President Obama as champions of peace. PA leader Mahmoud Abbas has not only incited these attacks with his false charges that Israel is planning to harm the mosques on the Temple Mount. He has also praised those who carry out these murders as being part of a “popular peaceful uprising.” Wallstrom was just reading from Abbas’s playbook because it was the PA leader who first insisted that the real crime was that fact that many of those who have tried and often succeeded in killing Jews have themselves been slain by victims and police fending off the attacks.

We already knew that the PA routinely honors those who have carried out acts of terrorism in the past. Now Abbas’s regime is actively honoring those who have carried out “stabbing intifada” attacks. In one instance, Saeb Erekat, the PA’s lead peace negotiator, and other Fatah officials, paid a condolence call on the family of a PA security officer who shot an Israeli soldier and a bystander in a terror attack on Thursday and was killed during the course of the incident. But in light of Erekat’s remarks in which he said that it was the right of Palestinians to “resist” Israel in this fashion, it’s clear that the PA has crossed the line from incitement into outright encouragement of terror against Jews.

This contrast between Israeli efforts to punish Jewish wrongdoers and Palestinian honoring of terrorists that attack Jews couldn’t be greater. Moreover, as even Secretary of State John Kerry pointed out today, such actions by Palestinian leaders undermine any rationale for peace talks. Though he continues to wrongly blame the continuation of the conflict on Israeli actions, were he to follow his thoughts about Palestinian incitement to their logical conclusion, he would realize that, like its Hamas rivals, the PA has no interest in peace or a two-state solution. Its ongoing refusal to recognize the legitimacy of a Jewish state no matter where its borders might be drawn shows its only goal is Israel’s destruction.

As even those like President Obama, who have tried to downplay the danger from ISIS terrorists, hopefully start to sober up about the need to take this war seriously, the one exception to the united front against terror still appears to be Israel. So long as Western leaders treat killers of Jews as being worthy of understanding and condemn Israelis for defending themselves, terror will continue. Those who correctly lament the tragedies in Paris and San Bernardino should also spare a moment in their public expressions of sympathy for Israelis that continue to undergo a daily terror nightmare without the benefit of support from Facebook. 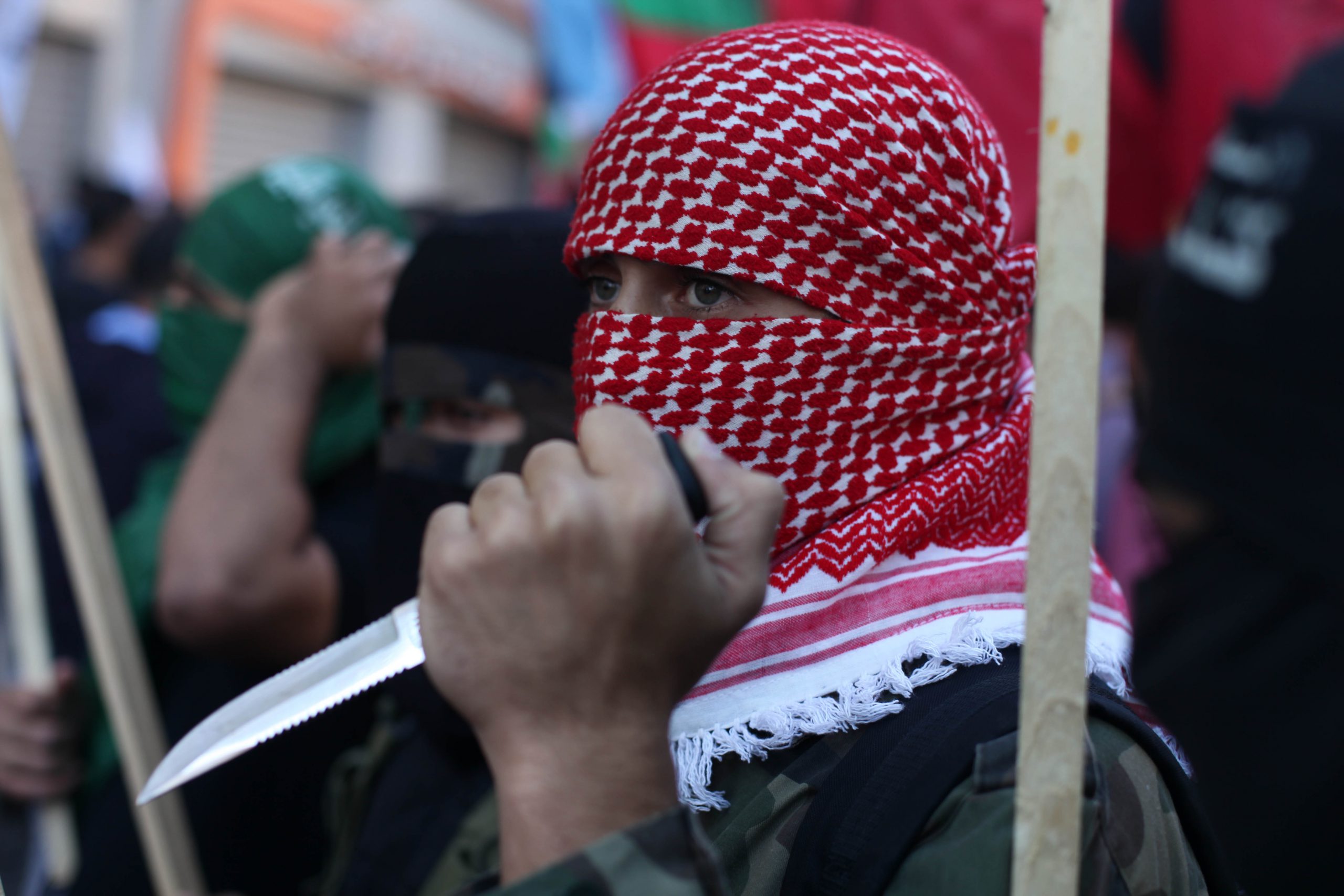