When the U.S. Supreme Court heard oral arguments in the case of Whole Women’s Health v. Hellerstedt  about regulations imposed on abortion clinics in Texas, I noticed that there was one key element missing from almost every story about the case: the case of Dr. Kermit Gosnell.

The dispute rested on whether the Texas legislature had the right to impose new and arguably onerous rules for clinics requiring them to operate under the same sort of regimen hospitals must follow. But there was no virtually no mention of the murder trial of the Philadelphia abortionist currently serving life sentences for killing one of his patients and three infants.

The Kermit Gosnell case woke America up to the fact that when authorities aren’t paying sufficient attention to what goes on at health care facilities, misconduct and mayhem may result. Or at least it might have, had the mainstream media paid much attention to the trial or the entire issue of safety at abortion clinics.

The liberal media blackout during the Gosnell trial was almost complete. The same is true now that the Supreme Court has struck down parts of the Texas law, ruling that regulations about the way clinics operate and the qualifications of their doctors were unconstitutional while leaving in place the ban on late-term abortion. The liberal narrative about the case held that the sole issue was the desire of pro-life legislators to make it harder to get an abortion and that any concern for the health of patients was merely a device to further a conspiracy to deny women the right to an abortion.

The majority did touch briefly on Gosnell—but only to justify ignoring it. Justice Stephen Breyer wrote that the Gosnell case was irrelevant since existing regulations ought to prevent such atrocities. Except they don’t. And, as Mollie Hemmingway, whose writing on the subject deserves special praise, pointed out, Justice Ruth Bader Ginsburg’s claim that the Texas law would drive women to illegal clinics where Gosnell-like atrocities might occur is illogical since his crimes happened in a state where abortion is readily available—and whose inspectors had not inspected his clinic for 17 years. His crimes were only discovered as a result of a drug case, not concern by the authorities that women were being given inadequate treatment and that infants born alive as a result of late-term procedures were being murdered outside the womb.

The dynamic here is that abortion opponents favor any measure that makes it harder to get an abortion while the pro-choice side opposes any regulation or restriction, no matter how reasonable or widely supported by the public. In this way abortion advocates act very much like the National Rifle Association, which sees even the most harmless gun regulations as the thin edge of the wedge threatening the Second Amendment. That’s why they seek to defend the seemingly indefensible, such as late-term abortions that are indistinguishable from infanticide or Planned Parenthood’s business selling the body parts of aborted infants, because they worry that outrage about these abuses would undermine support for Roe v. Wade. While the liberal narrative holds that laws that place burdens on the constitutional right to bear arms are worth it because they might save just a few lives, that same concept is regarded as a contemptible subterfuge when it comes to rules about making abortion clinics safer.

The same reasoning explains the continuing blackout about possible abuses at abortion clinics. There’s no escaping the conclusion that so long as the mainstream media regards any such discussion as a threat to Roe v. Wade, the subject will remain taboo no matter what is happening in the clinics, just as it did in Philadelphia while Gosnell carried out his crimes.

It took courageous independent conservative journalists like Hemmingway to bring the Gosnell case to the attention of at least consumers of non-liberal outlets just as it took non-traditional investigative journalists to expose Planned Parenthood’s conduct. In both cases, we learned that abortion providers can play fast and loose with the truth and that the pro-choice press will seek to deny or ignore even the most obvious wrongdoing in order to avoid hurting their side in the abortion debate.

But what happened in this case illustrates how the liberal narrative cannot only control the media discussion but influence outcomes. One doesn’t have to support the pro-life cause to understand that if the mainstream media considered abuses at abortion clinics to be as important as, say, background checks at gun shows,  even the most liberal justices on the high court wouldn’t get away so easily with dismissing the matter as if it were a mere pretext rather than an actual concern rooted in genuine and horrific tragedies. The ongoing silence about the consequences of a lightly regulated abortion industry demonstrates the power of a biased media to throw even the most notorious crimes down the memory hole in service to a liberal cause. 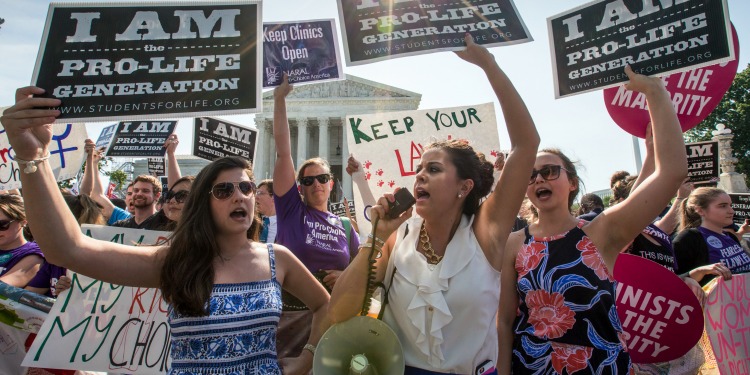