How can a new president with so little political experience and such a flimsy grasp of policy issues get his way with the savvy political elites who run Washington? President Donald Trump may face a daunting task keeping his inaugural-address promises to fix everything that’s wrong with America. But anyone wondering how Trump plans to prevail in the political combat that awaits him in his first days in office got the answer in the relatively brief remarks he made after taking the oath of office today. Trump’s speech was a shot fired not only at the outgoing Obama administration and the Democrats but also at conservative Republicans who still hope to shape the policies of the first GOP government in eight years.

In remarks that bore a striking resemblance to his acceptance speech at the Republican National Convention last summer, Trump painted a dark picture of the nation he is about to lead. Trump’s America is a place of closed factories, devastated inner cities, and a citizenry that has been ruthlessly exploited by a political class that grew rich while others lost their livelihoods. It’s an America that has been cheated and beaten by its allies and foes alike as its jobs have been exported and its resources wasted on foreign adventures. Trump’s cure is an “America First” economic nationalism in which foreign and trade policy will be geared toward getting back those jobs and spreading the wealth.

It is true that most of those jobs were lost to innovation and automation rather than bad trade deals. Nor is it clear how this new nationalism can adequately deal with the very real threats to national security, including  radical Islamist terrorism (which he mentioned). Moreover, his party—and much of his new administration—subscribes to traditional conservative beliefs. They still view both his protectionism and his willingness to spend vast sums on infrastructure projects as contrary to their cherished political principles. It could not have escaped the notice of congressional Republicans that this was the first Republican inaugural address since the days of Richard Nixon to eschew conservative principles and lofty rhetoric about American exceptionalism.

How Trump will resolve these contradictions or find the money to pay for his projects while also repealing ObamaCare is yet to be revealed. But the Trump inaugural did give us a very good idea of how he plans to bend the Congress to his will.

Trump will have more than the usual bully pulpit that the presidency provides. He intends to play the Andrew Jackson-style populist card to intimidate political allies and foes alike. Though returning the government to the people from the clutches of the elites is the sort of amorphous concept that is difficult to define, let alone accomplish, it does provide him with a handy club with which he can always clobber anyone who dares to stand against his plans. As his inaugural made clear, both liberal and conservative ideologues (including people like House Speaker Paul Ryan, who have spent the last 20 years battling to reform the government) are in equal peril of being redefined as creatures of the D.C. monster that he believes he has been elected to destroy.

As our John Podhoretz noted, achieving all or even most of the utopian goals he laid out for himself will be next to impossible. But those who imagine he is entering a battle he can’t win should not underestimate his ability to go over the heads of legislators to the voters that put him in office. Populism can be a cynical faith, but it is, as Trump repeatedly demonstrated throughout 2016, a potent political weapon. Those who think  he cannot again exploit the frustration of people who believe themselves to have been forgotten may be making the same mistake they made when they predicted his defeat in a race that he ultimately won. 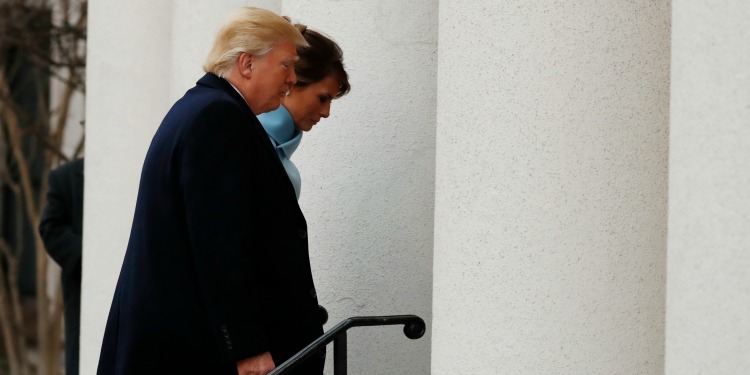