If it seems as if we’ve seen this movie before, it’s because we have. Much like his attack on Gold star father Khizr Khan, President-elect Donald Trump’s Twitter broadside aimed at Representative John Lewis has been so widely blasted that it obscured the fact Trump’s victim had actually struck first with a highly partisan attack. The fact that Khan had bitterly criticized Trump from the podium of the Democratic National Convention was forgotten as the country reeled from the spectacle of the billionaire skewering a Muslim-American family whose son had been killed in action in the uniform of the United States Army. Similarly, Trump’s disparaging of the aging icon of the Civil Rights struggle—and his largely inaccurate depiction of the African-American majority Georgia district he represents—has caused Lewis’s irresponsible assertion that Trump was not a “legitimate president” to be either forgotten or excused.

Both incidents were unforced errors for Trump, who would have been better off ignoring the slights he received from Khan and Lewis. He has once again embroiled himself in a dispute that illustrates his thin skin and hair-trigger temper. But, as was the case with the Khan incident in which they foolishly assumed the dispute would sink the Republican candidate, Democrats would be wise to avoid being dragged into a position of supporting Lewis’ claim that Trump is an illegitimate president.

Lewis was out of line when he joined those questioning the legitimacy of Trump’s election victory and to lend his support to the “resistance” to both the new administration and the inauguration. In his decades in Congress, Lewis has a long history of making outrageous and highly partisan statements attacking conservatives and damning anyone he opposes in with racists (he also boycotted George W. Bush’s first inauguration and disputed his legitimacy). But his status as a historic figure who was both an organizer of key civil rights protests like the March on Washington and a victim of racial violence gives him a lifetime “Get Out of Jail Free” card to save him from the consequences of his statements—whether Republicans think it is fair or not. Trump ought to have known that. He should have also understood that lowering the rhetorical boom on Lewis on Martin Luther King Jr. Day weekend—of all times—is a blunder, especially when it happens days before his inauguration.

Many on the right have always longed for a leader who would never flinch from punching back at leftist critics. It’s also true that gaffes that would have destroyed any typical politician have done nothing to diminish Trump’s core support. But his knee-jerk instinct to inflict opprobrium on anyone who has the temerity to criticize him seems even more foolish now than it did last summer. His inability to realize that not every insult requires a disproportionate response could haunt his presidency. His willingness to dump on Lewis was a gift to those leftists seeking to spoil this week’s quadrennial celebration of democracy.

Lewis is the sort of figure who can get away with anything. But the more Democrats emphasize efforts to delegitimize a man who, like it or not, won the election, rather than focusing on policy differences, the more Democrats will hurt their cause. That’s a lesson many Republicans never learned with respect to President Obama. The question now is which side will be smart enough to simply let their opponents go on shooting themselves in the foot without succumbing to the temptation to do the same thing. 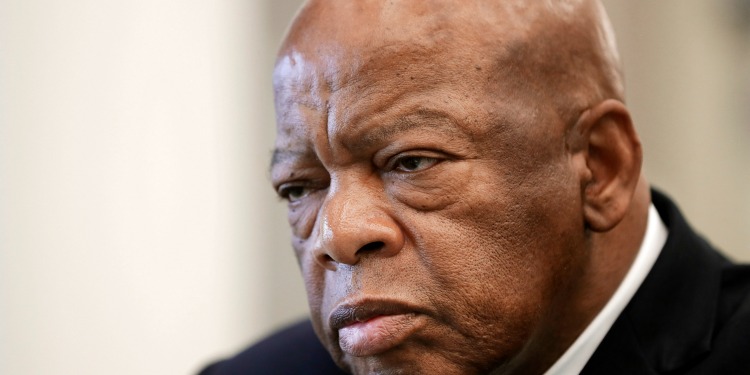