Like a lot of other conservative political writers who are critical of Donald Trump, I get a lot of interesting comments from his fans. Some are profane. Others are anti-Semitic. Those comments demonstrate how much cognitive dissonance some people have to deal with. The fact that a lot of bigots and racists think Trump is grand in spite of his Jewish grandchildren and willingness to toe the line for Israel in his speech to AIPAC is inexplicable. But, of course, their views are no more contradictory than those of their idol, a man who dog whistles about race and bias and encourages violence against foes while also claiming to be a guardian of the Constitution.

But the more interesting comments from Trump fans are those that seek an explanation for my aversion to their hero. The easy answer to their question has come in dozens of pieces in which I’ve examined his lack of understanding of the issues, his substituting empty slogans for policy, his lack of respect for the Constitution, and his wrongheaded approach to foreign policy and economic issues. While he doesn’t seem to have any firm principles or ideology, he does seem to gravitate toward dangerous isolationist and protectionist ideas that are a prescription for disaster.

But some readers dismiss these substantive disagreements and demand that I tell them what’s really eating at me about Trump. They also wonder if I’m judging them by treating the man of the hour as beneath my standards.

Alas, they are not entirely wrong. My problem with the GOP frontrunner is not limited to the fact that he is clearly not qualified to be president and that his policies, to the extent that we know what they might be, would be bad for the country. I also object to the idea of a person who behaves like Donald Trump being the president of the United States.

The last two days have given me further examples of why I am appalled at Trump. His exchange with Ted Cruz about their wives encapsulates everything that is wrong with him.

The business began with an Internet ad produced by anti-Trump super PAC that reproduced a nude photo of Melania, the candidate’s wife that dates back to her time as a model. The intent of the ad was to make Utah family values voters think ill of Trump. It was a nasty piece of business and is the type of thing that has no place in American politics. Trump had good reason to be angry about it. Yet, instead of merely condemning it and those who paid for the ad, he turned his ire toward his sole credible surviving rival for the GOP nomination: Ted Cruz. In fact, Cruz had nothing to do with it. His campaign and the super PACs that are supporting him didn’t produce it. The billionaire didn’t care. But rather than merely unfairly condemn Cruz, he decided to attack the wife of the Texas senator. Addressing him on Twitter as “lyin’ Ted,” he threatened to “spill the beans on your wife” if he wasn’t “careful.”

Does Trump have material with which he could blackmail Heidi Cruz? It’s doubtful. But what kind of a man, let alone a presidential candidate, publicly threatens to expose another man’s wife to scandal out of pique? Ted Cruz responded by telling Trump his wife was “not in his league” (Cruz can’t resist quoting movies since that is a line from “The American President”) while Mrs. Cruz tried to take the high road.

But Trump wasn’t done. Last night he tweeted side-by-side pictures in which a glamour shot of his wife was placed next to a highly unflattering and possibly photoshopped one of Heidi Cruz.

As Megyn Kelly, another woman that has been subjected to taunts from Trump, wrote, “Seriously?”

This is, after all, a man that is clearly on his way to the Republican presidential nomination and, therefore, has a chance to take the oath of office next January. This ought to be a moment when he should be pivoting to the general election and begin behaving like someone that ought to be trusted with nuclear weapons. But he can’t do it.

Not even electoral success or a steady stream of endorsements from mainstream Republicans that should know better has been enough to soothe his insecurities or quiet his need to violently lash out at foes or critics. Trump won’t change because he can’t change.

All of which means that we must come face to face with the very real possibility that a man who thinks its okay to act like a thug could now assume the mantle of Washington, Lincoln, the Roosevelts, and Reagan.

In the 1990s, Bill Clinton degraded his office with his behavior. Trump may not have committed sexual harassment or preyed on young women the way Clinton did (though he has in the past boasted of his sexual exploits), but there’s little doubt that a President Trump will remain the same boorish and dishonorable person in the White House that he is now. If conservatives and Republicans recoiled from Clinton, how is that so many of them are willing to give Trump a pass? Is it just partisanship? Declining standards?

I have no definitive answers to those questions, but it’s clear that a lot of Americans don’t seem to have a problem with the United States assuming the tone of a banana republic. That’s made clear in a Politico Magazine article that compares Trump’s tweeting habits with those of South American caudillos like Hugo Chavez. I can’t say that I was aware of this until I read the piece, but apparently thuggish Southern Hemisphere leaders like the late Chavez, his successor Nicolas Maduro, Ecuador’s Rafael Correa, and Cristina Kirchner, the former president of Argentina, have also used Twitter in much the same way as Trump.

Twitter has its good points and its problems but apparently it’s also the perfect medium for would-be Mussolinis that like to use social media to strut their stuff while insulting and intimidating foes and media critics.

To some Americans, this is no big deal. They like Trump because he’s outrageous and willing to offend at a time when the impact of political correctness on our culture has stifled social and political discourse. But what they fail to see is that when you throw away all conventions — what we used to call manners or the need to behave like a gentleman in public and private — what you get is a society that is set to hit the skids. Serious people know Trump can’t make America great again by building a wall for which Mexico will pay and by deporting 12 million people because those are things that simply won’t happen. But he will continue the work of degrading American culture and society in a way that will be very real even as he will also give us good reason to worry about having so impulsive and insecure a man in charge of issues of war and peace.

That Trump has harnessed the anger of a lot of voters may justify his behavior for some, but I don’t follow that reasoning. The Founders of our republic worried about the people being swayed by those who preyed upon the weaknesses of their fellow citizens. They did not think the voice of the people as expressed in this way was the voice of God. That was the whole point of the safeguards and checks and balances they put in the Constitution.

So, yes, dear Trump fans, it’s not just that your candidate is wrong on the issues. Sure, Obama is a terrible president on vacation from history, and Hillary Clinton has legal issues and is utterly inauthentic, as well as wrong on most of the issues. We’ve always had our share of lousy leaders, and we’re sure to get more. Democracy is like that. But Americans should also want a president who is a man of honor that deserves respect in the mold of the greats that we rightly revere. At the very least, we should want someone that will try to follow in their footsteps and treat the office and the political process with dignity and decency. Character should also count. If we don’t think that’s important anymore, then the fault is not only with Trump but also with us. 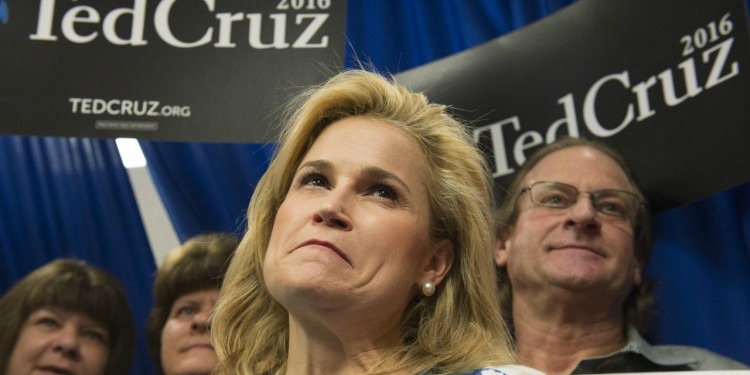