Democrats and other critics of Donald Trump have spent the last days decrying Donald Trump’s decision to flirt with not accepting the results of the presidential election. Democrats have mocked the very idea that voter fraud exists with President Obama saying it was as statistically unlikely to happen as winning the lottery. Trump supporters justify his stand by claiming their opponents are trying to sweep a real problem under the rug for nefarious partisan purposes. But the partisan battle lines on this issue are obscuring the truth.

Voter fraud is not a figment of conservative imaginations, but what Trump is doing has little to do with such genuine concerns. Instead, it has everything to do with feeding a conspiratorial mindset that fuels the rage of his supporters while also providing an excuse that explains why a man who thinks he is the ultimate “winner” is leading the GOP to what may prove to be an epic electoral catastrophe. If he were ahead in the polls, no one in his camp would be talking about anything being “rigged.” Yet what is really frustrating about this is that, along with congressional Republicans who may be dragged down to defeat by Trump, his cynical new talking point may also be discrediting the efforts of conservatives to preserve the integrity of the system.

Let’s start by dismissing most of the main excuses provided by Trump apologists for his stand. There is no comparison between his refusal in advance of the elections to abide by the results and anything Al Gore or John Kerry did in 2000 or 2004. But Trump supporters are right to label some Democrats who claim there’s no such thing as voter fraud as hypocrites. Many on the left did their best to promote the myth that Gore or Kerry were cheated.

While there is no proof that those elections were rigged, as Kevin Williamson writes in National Review, it’s also true that instances of cheating in American elections are nowhere near as rare as Democrats pretend. Indeed, as I have often argued while writing in support of voter ID laws, the claim that fraud is unheard of is absurd. We’d have to forget everything we know about American political history as well as human nature to think politicians and parties wouldn’t cheat given the stakes involved. When they can get away with it, both Democrats and Republicans have proved they’re willing to commit every kind of voter fraud even if it means resurrecting the dead.

Nor is it reasonable to claim that it places an intolerable burden on voters without drivers’ licenses. If you need a photo ID to conduct virtually any public transaction or to travel by air or rail, then why wouldn’t we also require it for voting? Especially since states with such laws invariably offer photo IDs for all citizens, including those who don’t drive. That’s why polls have consistently shown that large majorities—including minorities—support such laws.

To acknowledge that voter fraud can happen is not the same thing as to assert a national election can be “rigged,” as Trump and many of his hysterical supporters claim. Given the scale of a presidential election, to claim fraud–even in any particular state where county officials (many of whom are Republicans) run things–is the stuff of paranoid fantasies or sci-fi movies, not cold hard political reality. The proof they are offering to back up such a claim are the videos produced by James O’Keefe’s Project Veritas, which purport to show Democratic operatives boasting of their ability to commit mass voter fraud by bussing people across state lines. But while the illicitly taped conversations merit further investigation, there is less here than meets the eye. The edited film (which includes comments that may have been taken out of context) provides nothing in the way of proof that anything like that has happened or will happen next month, let alone in the numbers needed to steal a presidential election.

Nor is the notion of poll watching original to Trump. What might have been possible in the time of the urban political machines of the early 20th century simply can’t be done on a massive scale, if only because of the existence of cell phone cameras and bipartisan observers in all of the 50 states.

To such sober analysis, the Trumpkins merely answer that the Clinton machine is so ruthless that it is capable of anything.

It’s true that the Democrats are playing for keeps, but such fears say more about Trump supporters than it does about the Democrats. After all, even if, as another O’Keefe video alleged, Democrats hired provocateurs to incite violence at Trump rallies, that’s not the same thing as voter fraud, and the nastiness was predicated on the (correct) expectation that the billionaire’s supporters would respond violently to vocal opponents. Nor, despite the claims of Trump and his fans, is it true that Clinton “stole” the Democratic nomination from Bernie Sanders. Clinton won more votes than Sanders. There is no proof that any significant percentage of them were not those of ordinary Democrats who correctly understood their party would be better off nominating the most electable candidate even if she was deeply flawed, a consideration that a plurality of Republicans didn’t think was worth taking into account when they chose Trump.

But as I wrote earlier this week, the talk about the election being rigged has little to do with the reality of liberal media bias or even genuine concerns about isolated cases of fraud. Instead, it is a function of a conspiratorial mindset that seeks to tear down all institutions of our democracy as irremediably corrupt in order to justify the rise of a populist movement untethered to conservative principles and led by a corrupt celebrity vulgarian who claims to be the country’s unique savior.

Conservatives should continue to support voter integrity laws in the future, but no one should be deceived into thinking the impending rejection of Trump has anything to do with fraud. That so many of his supporters claim that if he loses it must be the result of cheating is an ominous sign of how Trump has managed to take conspiracy theories mainstream. 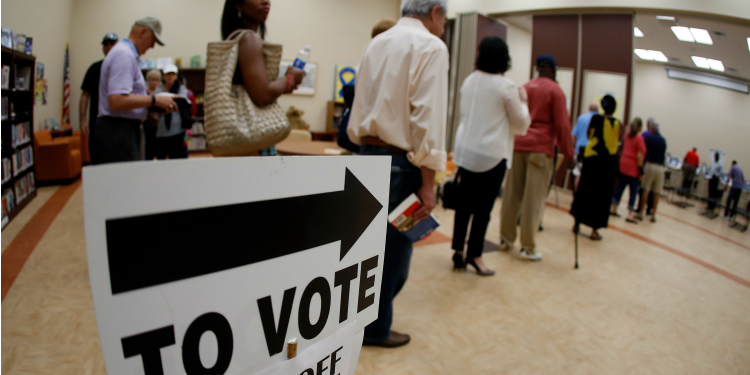