The boycott of the Conference of Presidents of Major American Jewish Organizations Chanukah party is growing. The event is being held at the Trump International Hotel in Washington and the initial reaction from several left-wing groups and the Reform movement was that they wanted no part of an affair held at one of the president-elect’s properties. Though they claimed it was a protest against the appearance of a conflict of interest, they made little secret of the fact that their stance was intended to show that there would be no business-as-usual policy toward an incoming administration they despise.

The list of groups staying away now includes some mainstream liberal-leaning groups that constitute the center of the organized American Jewish world. As Haaretz reports, the Anti-Defamation league, the American Jewish Committee, Hadassah, and the Jewish Federations of North America are also staying away. It appears that they, too, don’t want to send a signal—however vague—to their donors that they tolerate the new Trump rules or that the next president should be given the same benefit of the doubt accorded his predecessors.

Whatever the grave misgivings most of them may have about Trump, these groups need to understand that the appearance of partisanship—which is how the boycott of a holiday event at a Trump hotel will likely be interpreted by the administration—contradicts their obligation to effectively represent the interests of the community and supporters of Israel, regardless of which party is in control of the White House or Congress.

There’s another problem here that these groups ought to consider as they give vent to their animus for Trump. The co-sponsor of the party is the Embassy of Azerbaijan. Indeed, it was the embassy and not the Conference that chose the venue. The decision of one of the republics of the former Soviet Union to throw a party with American Jews may seem odd to some, but it was in fact timed to coincide with the visit of Israeli Prime Minister Netanyahu to the Central Asian nation this week.

That Netanyahu got a royal welcome from the Azeris is no small thing. The willingness of a largely Muslim country to not merely have normal relations with the Jewish state but to treat its leader with such respect is a genuine breakthrough for Jerusalem. Netanyahu’s tour of Azerbaijan and neighboring Kazakhstan (also a majority Muslim nation) is, like his visit to several African nations last summer, a signal to the world that Israel’s isolation is ending.

Thus, it is particularly appropriate for the American Jewish community to not merely break bread with the Azeris but to show some appreciation for them. But apparently for many of the Jewish groups that have been going out of their way to stand together with American Muslims against the threat of discrimination and to promote good interfaith relations, courtesy to the Azeris is a very low priority. They’d rather make symbolic war on Trump than make friends with Muslims who want to be friends with Israel.

Substituting partisanship for the need to reach out to a friendly Muslim nation seems a betrayal of these groups’ mandate to speak for Jewish interests. But it makes sense to Jews who see liberal ideology as the primary expression of their religious identity. And if that means snubbing the Azeris the week they are sticking their necks out to embrace Israel, then these groups seem to be saying, so much the worse for them. That’s a disgrace no matter what you think of Trump.

After the fact, both the American Jewish Committee and Hadassah contradicted the reporting of Haaretz and said they sent representatives to the Conference’s party. 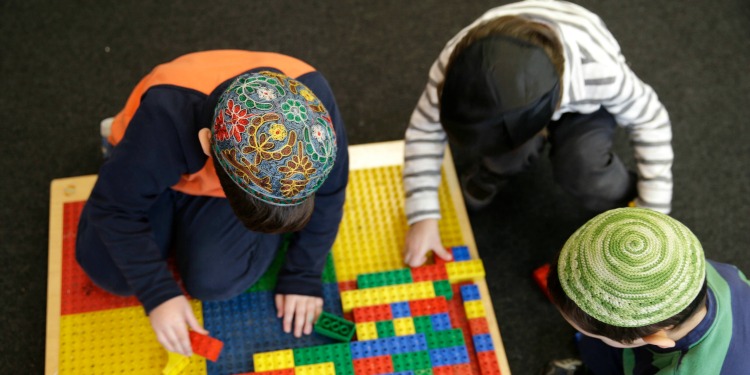