Palestinians have a new idol in their pantheon of heroes and heroines. Her name is Dima al-Wawi and she is 12 years old. But unlike the paths to distinction in other societies for children, al-Wawi isn’t a math or science whiz or a great athlete. Instead, she’s guilty of attempted murder.

The girl was released on Sunday after serving 4 and-a-half months in jail where she was housed with other youngsters. Upon returning to her home village of Halhoul near the city of Hebron, she was greeted as a conquering heroine as both the Fatah Party that runs the Palestinian Authority and Hamas competed to shower her with praise. But rather than contemplate the depravity of a society that indoctrinates a little girl to think of murder and the very real possibility that she might be killed in the attempt as a praiseworthy activity, the coverage of al-Wawi’s release centers mostly on outrage that she was imprisoned and the notion that her crime somehow symbolizes the “frustration” of Palestinians about Israeli policies or the existence of settlements. And that, in a nutshell, is not only everything that is wrong with the culture of Palestinian politics but also what’s wrong with much of what passes for coverage of the Middle East in the international press.

The facts of the case are fairly straightforward. Al-Wawi approached an Israeli settlement entrance while concealing a knife under her school uniform. After her release, she said her intention was to stab and kill the security guard on duty there. But suspecting that she was up to no good, the guard stopped her and ordered her to surrender her weapon. She was caught on an amateur video at the time immediately confessing her purpose. She was arrested and tried under military law and then released early.

But the focus on the release is on the fact that if she were an Israeli she would have been tried under Israeli law and would not be liable to prison because of her age. That sounds like terrible but the problem with that criticism is that the international community doesn’t want the Jewish state to apply its law to the West Bank. There is also the fact that if Palestinian Authority or Jordanian law were applied to the case, treatment would not have been more lenient.

But the issue here isn’t which juvenile court system and set of laws were at the disposal of the authorities. It’s why a 12-year-old girl would think killing the only Jew within her reach and perhaps dying herself in the process would be something that her peers and her society would applaud?

The answer is that in the educational and cultural environment created by the Palestinian Authority in the West Bank, the girl was entirely correct. Those who murder or try to murder random Jews are treated as heroes and martyrs and praised by the highest officials as well as public opinion. Lest we think that this is a purely political protest or a function of anger about settlements, it is useful to read the girl’s comments. Upon her release she spouted no talking points about settlements or a desire for a Palestinian state. All she was interested in was martyrdom and the superstar status such a crime would give her among her peers and the people in her village. That makes it clear that rather that what is being drummed into her head and those of other Palestinian children is a doctrine that is based in religion and religious hatred of Jews and Israel, not a dispute about borders or frustration with the lack of progress toward peace.

It is not an exaggeration to say that what her society has done to Dima al-Wawi is nothing short of child abuse. For generations, Palestinian leaders have sought to sacrifice their children on the altar of hatred for Israel. They did so in the first intifada and then again in the second. Now, again they encourage children to seek out death in the so-called stabbing intifada. Their only purpose is to create more casualties, not so much the Jews they seek to victimize, but to pile up more Palestinian bodies that can be exhibited to the international community as alleged proof of Israel’s hard-hearted occupation. Even those who might wish for a more non-violent way to engage the Israelis are helpless to stop kids like al-Wawi from acting in this manner because every aspect of Palestinian culture — religious and secular education, television and even popular music — aims at creating an environment in which actions such as hers are praiseworthy rather than aberrant. Nothing, not even preserving the lives of their own children, seems to be a deterrent to the cult of murder and suicide that dominates Palestinian life.

For all of the debate what policies the Jewish state should pursue in order to facilitate peace, it must be understood that the circumstances that transform a 12-year-old schoolgirl into a would-be murderer transcend those arguments. No matter what you think about settlements or where you believe the border between a Jewish state and a Palestinian one ought to be, Dima al-Wawi’s story illustrates the fact that so long as her crime is the sort of thing that makes a kid a hometown heroine, peace is impossible.

Al-Wawi sought to attack the only Jew she could reach. Others have attacked people in Jerusalem or in Tel Aviv. Their goal is the same: kill Jews or those that they think are Jews because they have no right to be anywhere in the country and not just in West Bank settlements. The same Palestinian mindset that produced her also created the young Hamas suicide bomber that set off an explosive on a Jerusalem bus earlier this month. Like Dima al-Wawi’s family, his affluent and well-educated parents praised him and considered his actions justifiable because of the identity of his victims.

No matter what Israel does or how much land it gives up — as it did in Gaza in 2005 when settlements were disbanded and every soldier and settler withdrawn — there will not be peace so long as the Palestinians educate their children to hate and think slaughtering Jews is their national sport. The sight of a 12-year-old girl being given a parade on her return home after attempting to commit murder tells us everything that we need to know about how sick Palestinian society has become. Peace won’t be possible until Palestinians find a way to cure themselves of this illness. 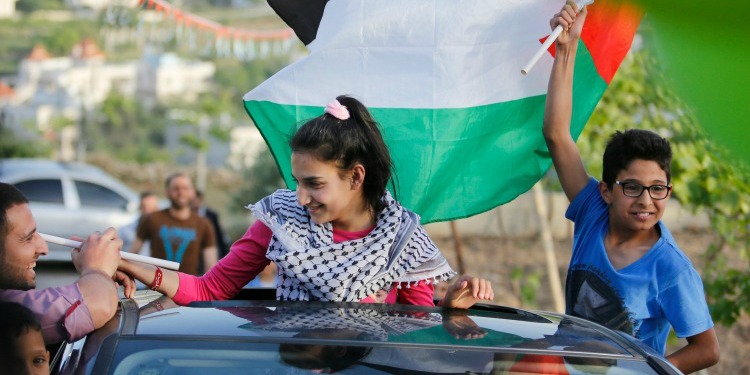