If the Associated Press is to be believed, it looks like months of speculation about whether President Obama will get in a parting shot at Israel may turn out to be wrong. Despite some clear signals that the White House was plotting a move at the United Nations that would undercut Israel in ways that his successor could not undo, administration sources have told the AP that the president “had nearly ruled out any major last-ditch effort to put pressure on Israel.” This is a major blow to longstanding Palestinian hopes that the U.S. would ultimately acquiesce to the UN Security Council granting them independence without first making peace with Israel. It also means the Israelis can look forward to a fresh start with the Trump administration unencumbered by Obama’s legacy of hostility toward Prime Minister Netanyahu.

But if this report is accurate—and there are other accounts from inside the administration that indicate that Secretary of State John Kerry may be still pushing for a betrayal of Israel—then the real question to be asked now is why? The answer, at least according to the AP’s sources is a surprising one: the election of Donald Trump.

The thinking inside the White House is that if President Obama listens to Israel’s foes and his own inclinations then it will be interpreted by Trump as just as much of a blow to him as to Netanyahu. Even though a U.S. vote or failure to veto a Security Council resolution that branded Israel as an outlaw state for holding onto any part of the West Bank and areas of Jerusalem could not be walked back by his successor, it would generate immediate blowback from the incoming Republican administration. Obama and his staff believe that it would force Trump—whose statements on the peace process have been all over the place, but who has also pledged unwavering support for the Jewish state—even more closely into partnership with the Israelis. Such a move would foreclose any possibility that Trump would follow Obama’s pattern of presenting himself as more impartial arbiter of the peace process by creating more “daylight” between the U.S. and Israel.

Of course, Trump’s supporters have insisted all along that reversing Obama’s “daylight” objective is one of his main foreign policy imperatives, and that there was never any chance that Obama’s actions could influence him to change course. But, apparently, Obama believes that Trump, like all of his predecessors, will be worn down by veteran diplomats and U.S. allies and adversaries and eventually buy in to the conventional wisdom that wrongly presumes pressure on Israel–rather than the truly intransigent Palestinians–is what is needed to achieve peace. Rather than do something that might potentially impede this process of assimilation into the culture of international diplomacy, Obama will apparently forgo the pleasure of sticking it to Netanyahu one more time.

What’s interesting about this analysis is that it runs counter to the conventional wisdom about Obama’s decision making. For example, veteran State Department official and peace processor Dennis Ross claimed in September that a U.S. December surprise for Israel at the UN would be less likely if Clinton was elected, since the president would then be inclined to allow his chosen successor to move at her own pace on Middle East peace, confident that she shared his goals. By contrast, Ross was sure that if Trump won and Obama was followed by an administration determined to walk back his daylight policy, it would provide an added incentive for Obama to issue a diktat to Israel that could not be easily reversed.

We have seven more weeks of Obama’s lame duck presidency to find out if the AP report was right. But it would be a supreme irony if Obama, who did everything he could to secure the election of Clinton (and the continuation of his policies), would decline to hurt Israel in this manner because of Trump’s victory. If Trump rejects advice to pressure Israel and instead seeks to put the onus where it should be, on the Palestinians, then Obama will have gambled and lost. 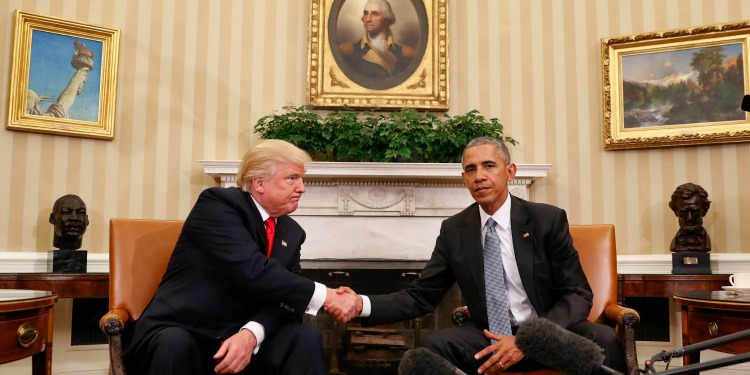