Most pundits and foreign policy establishment types have long put down Israeli Prime Minister Benjamin Netanyahu as a shallow politician without wisdom or vision. This enables his critics to dismiss his policy positions on the Palestinians and Iran without refuting them while also explaining his continuing, and for them frustrating, electoral success as mere pandering to the fears of Israelis. But the agreement that Netanyahu struck with Turkey reveals him to be anything but the right-wing ideologue the international media and the Obama administration have been lambasting since he took office again in 2009. It’s long past time for those who consider him an opponent of diplomacy or an obstacle to peace to acknowledge that he is, in fact, the ultimate pragmatist with a more coherent view of how to secure his country’s future than liberal detractors who claim to know how to save it from itself.

As Evelyn Gordon wrote yesterday, the deal with Turkey showed the benefits of tough-minded negotiating that netted Israel what it wanted in exchange for concessions that don’t endanger its security. Though the Islamist government of Turkish President Recep Tayyip Erdoğan is dictatorial and often anti-Semitic, its need for Israel as a strategic check on Iran and Russia is greater than its hate. While paying compensation to those killed in a raid on a Turkish flotilla that had tried to break the blockade of Gaza is a bitter pill for Israel to swallow (as well as unjustified by the facts of the case), the agreement is a sharp blow to efforts to isolate Israel and will pay economic as well as strategic dividends in the years to come.

But foreign observers who are always eager to  predict Netanyahu’s imminent political demise should also take particular note of the reaction of the prime minister’s domestic foes to the Turkey deal. The left-wing opposition led by Isaac Herzog’s Zionist Union denounced Netanyahu for “groveling” to Turkey while some right-wingers took a similar tone. But none of them could dispute that solving the crisis was in Israel’s best interests or claim they could have done better. Like most of the brickbats aimed at Netanyahu after the recent cabinet reshuffle, in which he was hyperbolically depicted as compromising Israel’s soul, the attacks on the prime minister are primarily rooted in partisan politics.

This is not the first time Netanyahu’s willingness to budge on principle has confounded his critics. His deal with Hamas to secure the release of a kidnapped soldier was widely and not inaccurately attacked as an example of rewarding terrorism. But it revealed him to be a leader prepared to make painful concessions in order to get something most Israelis wanted. Far from a rigid extremist, he is someone capable of defying the sentiments of his right-wing base. Rather than being all talk, as many of his opponents claim, he isn’t so hung up on the rhetoric of the conflict he can’t budge on a sensitive point like compensation for the Turkish citizens killed in the flotilla incident if doing so can secure Israel advantages that are far more important in the long run.

This is not to discount all criticisms of Netanyahu. The steady stream of defectors from his Likud to other parties speaks to his shortcomings as a leader. The antagonism of most of the Israeli security establishment is also troubling. He has made many mistakes in his four terms in office. But the Turkey deal would not be possible if Netanyahu were not a far stronger man than those who put him down as nothing but a seeker of political popularity claim. He has always been willing to brave opposition, even from his base, if he thought a decision strengthened the country and that’s true here too since public opinion may not be entirely behind him on Turkey either.

More important, it should also be recognized that the current strategic situation in which many Arab states, including Egypt and Jordan, as well as former implacable foes like Saudi Arabia, are now tacitly allied with Israel is, at least in part, a tribute to Netanyahu’s steady hand on the reins in Jerusalem. A statesman sees the world as it is and seeks to take advantage even of setbacks—like Obama’s embrace of détente with Iran—to forge new alliances.

Those who wonder why Netanyahu still remains essentially unchallenged by any other figure in Israeli politics—including current and former Cabinet colleagues—as a credible prime minister and is on the brink of outlasting his antagonist Obama should learn from this. He has a unique combination of political smarts and strategic vision that has enabled him to remain on top in Israel’s cutthroat political culture. If most Israelis agree with him when it comes to refusing to the creation of another Palestinian terrorist entity on the country’s borders in the West Bank, it is because they recognize his political maturity and unflinching ability to grasp facts rather than fantasies about peace. In the negotiations with Turkey, Netanyahu has once again proved that he can be the statesman Israel needs. Hard as it may be for his critics to admit, history may show that he had a better grasp of reality and diplomacy than his left-wing opponents or President Obama. 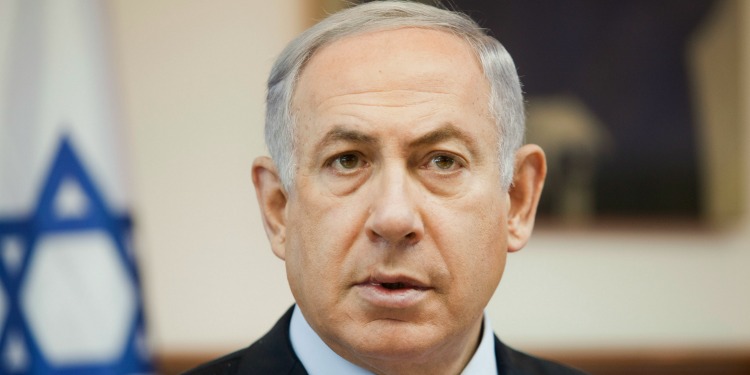