Residents of the Shuafat refugee camp don’t have an easy life. The Palestinians who live in this urban slum administered by the United Nations Relief Works Agency (UNRWA) are in a grim place with dismal prospects. Their camp’s anomalous geographic location—inside Jerusalem’s municipal borders but outside the jurisdiction of either Israel or the Palestinian Authority because of its status as a UN refugee camp—means it has no regular police force or local government. Its location outside the security wall erected by Israel during the second intifada to halt a wave of suicide bombing exacerbates its problems.

Thus, when novelist Rachel Kushner journeyed there to write a lengthy feature titled “We Are Orphans: Life and Death in East Jerusalem’s Palestinian Refugee Camp,” in today’s New York Times Magazine, it provided ready material for a familiar genre of Middle East coverage. In this genre, oppressed Palestinians are kept in jail-like limbo while Israelis prosper not far away. That the piece she produced was as sympathetic as advocates of the Palestinian cause could have asked for doesn’t mean that the basic facts that she reported about the camp are false. It is an awful place. Its residents are more or less trapped. And neither the Israelis, the leaders of the Palestinians, or the camp’s UNRWA landlords have a solution to their dilemma.

But any piece that fails to address why these people are, as the piece proclaims, “orphans” or what built the wall and checkpoints that surround them, is doing its readers a disservice. Moreover to fail to mention these facts—even in passing—in a piece of more than 5,000 words is evidence of manipulative and dishonest writing and/or editing that casts a shadow on everything else in the article.

People are in Shuafat and every other Palestinian refugee camp because the Arab world and its leaders and organizations have kept them there for some 68 years. In the years that followed World War II, conflicts created hundreds of millions of refugees in Europe and Asia. Only the Palestinians were kept in camps and deprived of the opportunity to be resettled elsewhere.

Indeed, the United Nations set up two separate refugee agencies in that era: one—UNRWA—that was solely devoted to the Palestinians and one for everyone else in the world. The latter was successful in caring for and finding new homes for its charges. UNRWA kept the Palestinians in the camps, and the Arab nations and Palestinian groups have ensured that this remains the case up until the present day. The sole purpose of keeping the refugees and their descendants—who now number in the millions—in place was to use them as a weapon against Israel. They sit in camps like Shuafat still being told that someday they will return to their old places of residence when Israel ceases to be a Jewish state.

That the camps have become awful slums is a function of the refusal of the world body, or the Arab world, to contemplate any solution to them other than the so-called “right of return,” which would mean the destruction of Israel. That they are not only poverty-stricken but hotbeds of anti-Israel extremism and terror is hardly surprising. In Shuafat’s case, the residents’ plight was worsened by the terrorist war of attrition launched by Yasir Arafat, which forced Israel to erect a barrier that succeeded in stopping the suicide bombings. As even Kushner — who was at pains to inform her readers that, despite having a Jewish father, she doesn’t consider herself as having a Jewish identity—noted:

In almost every home where we spent time, the TV [was] playing the Islamic channel, Palestine Al-Yawm, a relentless montage of blood, smoke, fire and kaffiyeh-wrapped fighters with M-16s.

Israel may be accused of lacking sympathy for the refugees, but it lacks the power to improve conditions in Shuafat or other camps in the West Bank, let alone Hamas-run Gaza. The responsibility belongs solely to UNRWA and the Palestinian leadership, both of which remain content to continue the same cynical policies.

It also bears noting that Kushner’s article was published only a few days after Israel’s annual commemoration of the more than 850,000 Jews who fled or were forced to flee their homes in the Arab and Muslim world during the same time that the Palestinian refugee problem was born. Of course, none of those refugees or their descendants are still living in camps. They found new homes and lives in Israel or the West and did so without the assistance of the United Nations, instead relying on Jewish philanthropy.

The people of Shuafat may indeed be orphans. But if they remain in squalor and hopelessness, the fault lies with an Arab world that refused to do as the Jews did because they hoped to destroy Israel and with Palestinian leaders that feed the refugees hate instead of hope. The only real solution to this toxic mix is a peace that will end the century-old war against Zionism. But, like a rational resettlement plan, that is one solution the refugees and those who continue to exploit them seem unable to embrace. When a biased media ignores this fact, the biggest losers are the refugees. 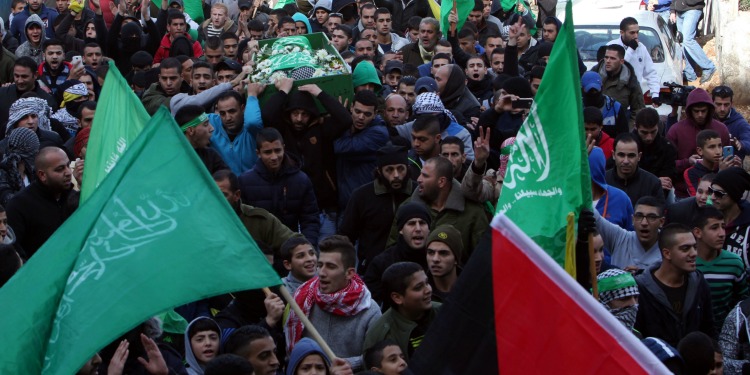