Seventy nations attended a conference in Paris this past weekend in an effort to revive interest in a two-state solution. The fact that Israel, the Palestinian Authority and Hamas (which already governs the independent Palestinian state in all but name in Gaza) didn’t participate indicated the event had little to do with facilitating negotiations. Indeed, since the concluding joint communiqué of the participants laid out surrender of all of the West Bank and East Jerusalem to the Palestinians as part of the requirements of a two-state solution, there is nothing for Israel to negotiate over. As such, it was yet another blow to hopes of a negotiated peace rather than a path to jump-starting talks. It gives the Palestinian Authority no reason to return to the negotiations that they blew up by going to the United Nations and signing a peace pact with Hamas rather than Israel. They can now continue to stonewall Prime Minister Netanyahu’s repeated invitation to open-ended talks with no preconditions, secure in the knowledge that the international community will support their stand, no matter how unreasonable it might be.

That was bad enough but the Paris conference, which was held with the connivance of the lame duck Obama administration was particularly ill-timed because the 70 nations attending know very well that the only power that can guarantee any theoretical peace deal is the United States. The notion that the Europeans or any other combination of nations can impose a solution on the parties in defiance of U.S. wishes is an absurdity. But that was, more or less, the point of the extravaganza in the City of Light. The international community was seeking to signal to the incoming Trump administration that the rest of the world wasn’t interested in waiting to hear what his ideas about the Middle East might be. That’s because they believe the new administration doesn’t understand the complexities of the conflict and ought to be ignored rather than consulted, let alone shown the deference the world’s only true superpower deserves.

Trump may be no sophisticate or policy wonk but, unlike his supposed betters, he knows why a two-state solution hasn’t yet been achieved. The Israelis offered the Palestinians a state including almost all of the West Bank, Gaza, and a share of Jerusalem in 2000, 2001, and 2008. Each time the Palestinians refused to accept the deal that gave them more or less what the world thinks they deserve. Worse than that, they have answered offers of peace with terrorism and even the supposed moderates of the PA continue to honor and subsidize terrorists and foment hatred of Israel and the Palestinians every day. Even the supposedly hard-line Netanyahu offered, according to the Americans, a withdrawal from the West Bank during the 2014 talks sponsored by Secretary of State John Kerry. Constrained by a political culture that makes it impossible for their leaders to recognize the legitimacy of a Jewish state, what the Palestinians want is to orchestrate the isolation of Israel; not peace with it.

As Trump said this week, the international community has coddled the Palestinians. They have subsidized their corrupt, violence-prone government and never forced them to come to grips with the need to accept that their century-old war against Zionism must end if they are to gain the independence they say they want. For all of the opprobrium directed at Trump, if he pursues—as it appears he is inclined to do—a policy in which pressure is put on the Palestinians rather than the Israelis that would actually be a constructive change from Obama’s futile quest to tilt the diplomatic playing field in their direction. 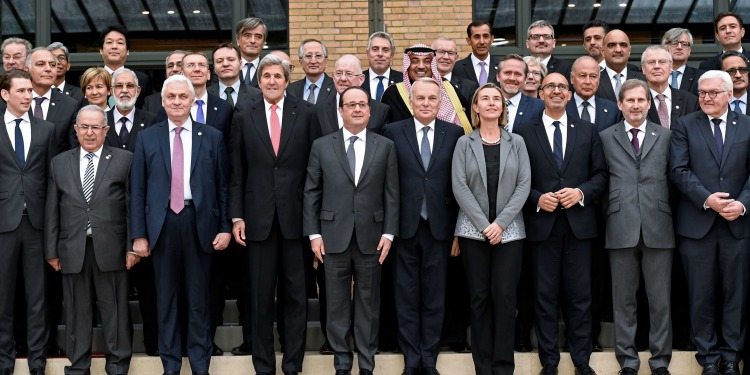