Since the first news broke about Hillary Clinton’s private email server and the sending of classified documents by an insecure system broke last year, the Clinton camp has had a number of standard responses. All, however, revolved around the notion that she broke new rules or laws. But after the release of the State Department Inspector General’s report, it will no longer be possible for Hillary’s apologists to claim that is the case. The report is clear that she violated the Federal Records Act and acted as if she were a law unto herself by acting without approval and exposed information to the possibility of being hacked. She and her courtiers at State dismissed all concerns about her actions and made it clear that employees who had concerns about this should keep quiet about them. She did things that, if some other State Department employee had done, would have resulted in disciplinary procedures, and that is exactly what happened to a U.S. ambassador that behaved in this manner. Perhaps even most shocking is that she and her staff didn’t cooperate with the IG.

While the question of whether she violated the rules has been resolved, that still leaves the ongoing FBI investigation into whether Clinton broke the law when she transmitted many highly classified messages on this insecure rule-breaking server. Though I remain highly skeptical that the Obama administration Department of Justice will ever allow the presumptive Democratic candidate for president to be indicted — as might well be the case if this were someone other than Hillary Clinton under investigation — that still leaves another important question to be resolved about this: should Americans care?

As far as most Democrats have been concerned, the answer has been no. Bernie Sanders’ refusal to try to hold Clinton responsible for her questionable behavior in this matter was not a whim. He knew that loyal Democrats have spent the last 20 years dismissing Clinton scandals as the product of a “vast, right-wing conspiracy” to use Hillary’s signature phrase and didn’t want to hear about it. Indeed, the reaction of Democrats to the drip, drip, drip of evidence of wrongdoing here — and the associated Clinton Cash scandals that may have driven her desire to shield her communications from normal government procedures — has been to stick their finger in their ears and say, “la, la, la.”

But now that the IG report is out, that ostrich response to the problem gets a little harder. With Bernie Sanders still making her life miserable on one side and Donald Trump’s “crooked Hillary” refrain starting to get under her skin, the serene indifference to facts that characterized most Democratic responses to a problem that only seems to keep getting worse with every passing month seems to be wearing then.

Perhaps the fact that Trump is harping on the emails now along with his recycling Clinton conspiracy theories and looking to re-litigating Bill Clinton’s sexual escapades and perjury will cause many Democrats to double down on their email scandal denial. But their problem is that in this case the nerve Trump is hitting is a sensitive one. The very fact that a government agency run by an Obama appointee is willing to label her as a rule breaker legitimizes the “crooked Hillary” refrain and with the race tightening, that is a huge problem for Clinton.

But leaving the obvious political implications aside for a moment, are Trump and the other Republicans who will wave the IG report in her face until November, blowing something relatively minor out of proportion as they try to validate his insults?

The answer to that question is no, and the reasons why it is important transcend the question of government rules or even the security of classified information.

Let’s say we take Clinton at her word and concede — though it’s far from clear — that she and her staff did not intentionally expose highly secret information to hackers and spies. Let’s even go a step further and say — although we have no real idea whether this is also true — that in spite of the rule breaking and questionable conduct, no information was compromised, and everything that was sent via the server stayed in the hands of only those who were entitled to see it.

None of that may true, but even if it is, this is still a very big deal because the entire procedure and the zealous way Clinton and her loyal family retainers defended the rule-breaking behavior had a purpose that should worry every American, no matter where they stand on the political spectrum: keeping Clinton’s dealings secret.

We don’t know how many of the tens of thousands of deleted emails sent on that server that Clinton claims to have been private will be retrieved to see if she was telling the truth about that. But we do know that what was happening at the State Department was the creation of a shadow information policy that was aimed at shielding Clinton’s interactions with those around her, especially those that might have also been involved with the work of the Clinton family foundation.

The point here is that the violations the IG report cites are serious and might be considered disqualifying on their own. The behavior cited in the report in which the Clinton staff which speaks to their belief that she could not and should be held accountable or have to live under the same rules as anyone else renders the prospect of another Clinton White House a scary proposition for those who like to think “House of Cards” is just a television show and not a realistic depiction of the way our government operates. The same applies to the legal implications of Clinton’s cavalier treatment of classified information, including some of the most secret material available to the department, whether or not she is indicted.

But the real issue remains why she was so secretive and why so much effort was put into creating a system that she thought would let her operate outside of the usual rules of accountability. It may never happen, but, until we see all the emails, it will be impossible to be sure what she was hiding and why. But the fact that she saw fit to operate in this manner raises alarming questions. You don’t have to be a Trump-style conspiracy monger to realize just how alarming this may be.

That’s why Americans ought to take the email scandal as well as the associated Clinton Cash charges with deadly seriousness. They may, if they see fit, weigh them against the problems with a Trump presidency and decide this kind of corruption is preferable to the baggage he brings to the table. But let’s not pretend this is a minor issue. When a secretary of state and her staff won’t cooperate with an Inspector General’s investigation under these circumstances, “crooked” is hardly the harshest word that might come to mind. 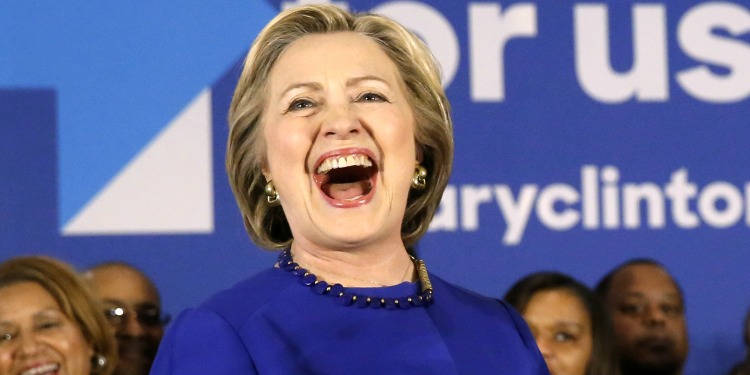