What happened in Efrat, the city in the territories 12 miles from Jerusalem, was exactly what those who wish for peace in the Middle East say should be happening.

Palestinians were invited on Wednesday to visit the home of the mayor of Efrat to celebrate the holiday of Sukkot. The event was discussed in a Washington Post feature, which described a friendly gathering that demonstrated how people of good will could work to resolve differences. It also noted that some of the Arabs who were invited had declined to come out of fear that they would be seen as betraying the Palestinian cause. As it turns out, they were right. The next day the Palestinian Authority arrested four of the guests who attended the holiday celebration. As of Sunday, the four were still in custody and their families were seeking their release by publicly blaming the Jews for “tricking” them into breaking bread with their enemies. That’s the Israeli-Palestinian conflict in a nutshell.

During the weeklong Jewish festival of Tabernacles, Jews invite their friends and neighbors to dine in their Sukkahs, the temporary huts intended to recall the dwellings the Israelites lived in after their liberation from Egypt during their journey to the Promised Land. So what better way to promote coexistence for the Jews of Efrat, a town just south of Jerusalem in the West Bank, than to have local Palestinians come to the mayor’s sukkah where they could drink coffee and get to know their neighbors better?

Some 30 Palestinians came to Oded Revivi’s home in Efrat. As the Post feature showed, Palestinians aired their concerns about Israeli security measures and Israelis talked about the wave of Palestinian stabbing attacks. The effort to better relations stemmed in part from a recent event in which a Jewish driver had killed a Palestinian child in a traffic accident. That had led to a decision by the Israeli authorities to create speed bumps on the road where the tragedy occurred.

Afterward, a Palestinian Authority official said the sukkah visit was “under investigation” and that visiting Jews in settlements is “completely unacceptable.” As far as the PA is concerned, the residents of Efrat and the more than half a million other Jews who live in either Jerusalem or the West Bank must pack up and get out.

That stand is particularly unhelpful with respect to Efrat, which lies within one of the settlement blocs adjacent to the 1967 borders that even President Obama has said would be retained by Israel in any peace deal as part of a land swap. It is also located in the Gush Etzion bloc, an area that was actually owned by Jews prior to the 1948 War of Independence. The Jews who lived there at the time were either massacred by invading Jordanian troops and Palestinian Arab forces or forced to flee in a brazen act of ethnic cleansing. The communities of the Etzion bloc were recreated after the 1967 Six Day War brought the area under Israeli control. If there were any place where the Palestinians would be prepared to show that their intent was coexistence it would be in Efrat. Unfortunately, that isn’t the case.

Last month, Israeli Prime Minister Benjamin Netanyahu was bitterly criticized by the Obama administration for saying that by demanding the dismantling of all Jewish communities in the West Bank as well as parts of Jerusalem, the PA was demonstrating that its goal was a Jew-free state. His assertion that this demand amounted to ethnic cleansing was blasted as unhelpful to the cause of peace. What happened in Efrat this past week showed how right he was. 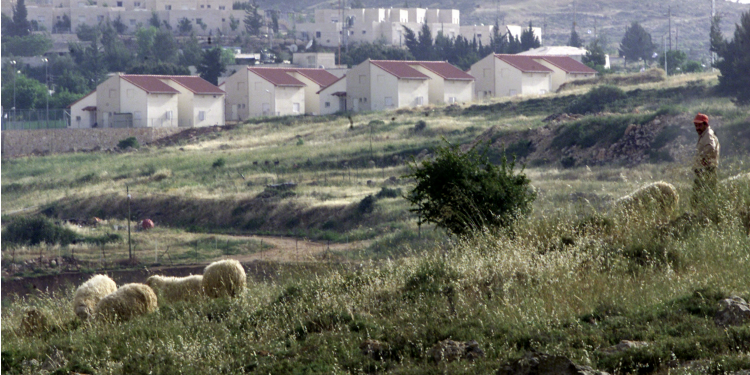