There’s no question that the main story coming out of the South Carolina primary is another big win for Donald Trump. His double-digit margin over his nearest competitors was very much along the lines of his impressive victory in New Hampshire and looked to have won him all of the state’s delegates. Trump proved that nothing he could say — whether it was repeating far-left talking points about George W. Bush, endorsing the ObamaCare personal mandate or opposing entitlement reform — could alienate his supporters. With one-third of GOP primary voters solidly in his pocket, it’s possible to argue that he has a clear path to the Republican nomination so long as he is facing two or more competitors in the remaining states, especially once most of the contests become winner-take-all affairs.

But if Trump is the big winner in South Carolina, Ted Cruz is the big loser.

That’s a conclusion that won’t be reflected in many of the stories that will be written about the results. That’s because the main sidebar about South Carolina will be Jeb Bush’s withdrawal from the race. Rather than make his supporters wait a day as is the usual practice, Bush stole a little of the news cycle from Trump by announcing the suspension of his campaign during his concession speech. His remarks were eloquent and classy and reflected his good character. Nothing became Bush so much as the way he exited a race he should never have attempted.

Bush’s withdrawal combined with Marco Rubio’s strong showing that put him (with 99 percent of the votes counted) in second place just ahead of Cruz, made it a very good night for the Florida senator. Rubio’s comeback from a New Hampshire meltdown that many thought ended his chances was astonishing. But while Rubio can now hope that his party’s mainstream wing will finally consolidate around his candidacy, there are still formidable obstacles to his scenario for becoming the GOP nominee. Chief among them is Ohio Governor John Kasich, who finished a dismal fifth in South Carolina. He will probably remain in the race in the vain hope that a victory in his home state or perhaps elsewhere in the Midwest will somehow propel him to the nomination if Rubio drops out first. But all Kasich is likely to accomplish is, like Ben Carson, who is in a similar state of denial about his candidacy, to make it easier for Trump.

But the most decisive result in South Carolina was the blow dealt to Cruz’s campaign.

With its huge evangelical vote and a large number of veterans and conservatives of all stripes, South Carolina seemed to be a place that Cruz ought to win in much the same manner as his Iowa triumph. His ground game was the best of the candidates, and Trump’s abandonment of conservative positions on a host of issues should have convinced religious conservatives to resist the temptation to vote for the reality star. But it didn’t. Trump beat Cruz among evangelicals and every other conservative demographic.

This is a staggering blow to Cruz’s belief that he can win conservative states, like those in the south that will vote in the SEC super primary on March 1st. If Cruz can’t beat Rubio, let alone get anywhere close to Trump in South Carolina, how can he possibly do it elsewhere in the south? Perhaps, Cruz is counting on winning his home state of Texas, but even that is not a certainty.

Rubio can hope that a belated winnowing of the Republican field will enable him to become, at the very least, the sole surviving champion of the 35-45 percent third of Republican voters who have backed candidates from the so-called establishment wing. But where are the votes that Cruz needs to catch up to Trump, even in a three-man race, coming from? Not from Bush voters. And if Carson continues his vanity candidacy that hurts Cruz a lot more than it does Rubio.

Cruz’s assumption was that once other candidates that appealed to social conservatives like Mike Huckabee and Rick Santorum dropped out, he could count on a united evangelical vote. But what Trump showed us in South Carolina is that there is no such thing as a united bloc of religious conservatives. Or even of Tea Party voters that should, in theory, also be flocking to Cruz. What’s killing Cruz is that a lot of people who ought not to be voting for someone with Trump’s record are doing so. Cruz is right that he is the principled conservative that represents the beliefs of these voters. But they are still voting for Trump.

Trump may be hitting a ceiling at about one-third of the vote. But that bloc is largely composed of the Tea Party and evangelicals that Cruz assumed would never stick with the frontrunner. If this pattern is repeated in the SEC states, Cruz will lose them. And once you get past that point in the calendar, the GOP race moves to Northern, Midwestern and southern states where Cruz’s brand of conservatism has even less of a constituency. Trump may triumph there too, especially if Rubio is forced to compete with Kasich. But whatever happens in those states, the least likely outcome there would be victories for Cruz.

Mainstream conservatives are being over-optimistic if they now assume that Rubio’s path to victory has been cleared. His prospects are much improved, but he’s still behind Trump in a lot of states that he’ll need to win. Trump would probably lose in a two-man race against either Rubio or Cruz. Yet until that happens, his supporters may be forgiven for thinking he can run the table.

The answers to those questions will be revealed in the next several weeks. However, South Carolina did give us one firm conclusion about the GOP race. By losing his base voters to Trump, Cruz seems to have no path to the nomination. That makes him, and not Bush, the big loser in South Carolina. 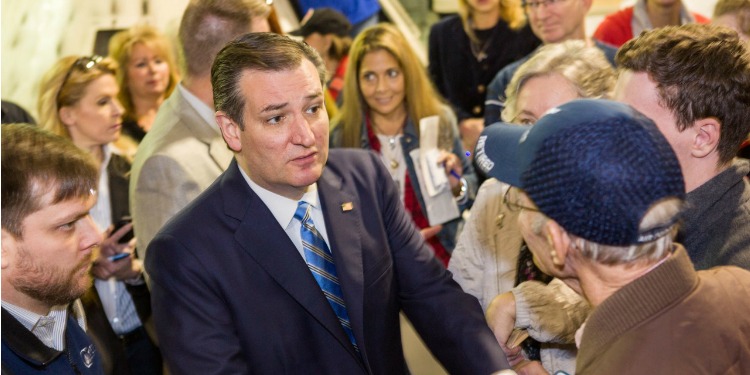