As news broke on Wednesday of a horrifying mass shooting in San Bernardino, California, the cable news stations dropped their usual programming and began non-stop coverage of the tragic incident in which 14 persons were killed. The networks didn’t know much or really anything about what had happened but, as is their practice, they continued to tell us what they didn’t know for hours at a time. But as boring and pointless as much of their coverage of this tragedy was actually much to be preferred to some of the reactions from the political and chattering classes. Without waiting for the smoke to clear or for even basic details about the shooters and the victims, let alone the motives, to be revealed, President Obama issued his now rote call for more gun control.

That was, perhaps, to be expected. President Obama considers any mass shooting, outside of those in urban areas where draconian gun laws have no impact on gang or minority on minority violence — an excuse to talk about gun control. He rides that hobby horse about more gun legislation even if there is no way to know if anything he proposes would have stopped the event in question or any past outrage.

But perhaps even more tasteless and uninformed than that was the decision of the New York Times to publish an editorial on San Bernardino on Wednesday evening even before anything was known about what had happened.

It’s one thing for a politician, even the commander-in-chief to pop off about a news event. It’s quite another for the publication that still considers itself the nation’s newspaper of record to do so in print.

The lack of any definitive information about what had occurred was no impediment to the Times editorial board. They jumped in with both feet not only to second Obama’s talking points but also to denounce Republicans or anyone else who questioned liberal orthodoxy about guns. What’s fascinating about their decision not to wait is that as the editorial was written, edited and then published, neither the editors nor anyone else in the country knew a thing about the facts of the case. It might have been a case in which the guns used might reasonably be prevented from being in circulation by the “sensible gun controls.” Or the guns might have all been legally purchased and (as with most such mass shootings) not fall into the category of those that new gun laws would have affected. It could have been a group of insane people or disgruntled employees. Or it could have been terrorism, a motive the FBI expressly chose not to rule out even as the editorial was published.

Under those circumstances, journalists with an ounce of common sense would refrain from speculating or drawing any conclusions. But not the Times. They not only went whole hog with the theme that the crime was the fault of nasty conservatives and the National Rifle Association for blocking “sensible gun controls,” they went so far as to denounce House Speaker Paul Ryan for putting forward legislation to increase services for the mentally ill. That’s a measure that might actually have a better chance of preventing a mass shooting than measures such as the “gun show loophole” or more background checks since most such shooters easily pass such checks. But anything other than gun control is not only off the point for the flagship of liberal journalism, it is wrong.

Which leads me back to a point I’ve touched on in the past whenever we have these debates about guns after a particularly awful atrocity involving firearms. In its knee-jerk reaction to San Bernardino, the Times noted with dismay not so much the number of gun violence incidents but the number of guns legally purchased on Black Friday last week, citing the figure of 185,345 background checks being processed by the FBI. That’s interesting because that ought to be something those advocating “sensible gun controls” would be happy about. But the Times is unhappy about those checks because their goal is not, as the president claims, to keep guns out of the hands of criminals or the insane, but to prevent honest citizens from purchasing guns in a legal manner even after they jump through all the hoops the law requires.

That means all the talk from the left about “sensible gun controls” is merely a ruse. As I’ve noted previously, their real, unstated goal, is the repeal of the Second Amendment that grants Americans the right to bear arms. Nothing short of that will stop people from having firearms and for some of them to go seriously off the rails.

By publishing an editorial about the crime even before the facts were discovered, the Times was guaranteed to have egg on its face the next day. While we still don’t know why the shooters did what they did, there seems little chance that more laws would have stopped them from obtaining the arsenal they employed, including a reported IED home factory. But this instance of irresponsible journalism was compounded by the dishonest nature of their argument. If the left wants to have a real debate about guns, they need to come clean about their desire to trash the Constitution. Until they do, their rhetoric on the subject should be treated as nothing more than tasteless political spin. Just as important, they need to learn to shut up when they know nothing. 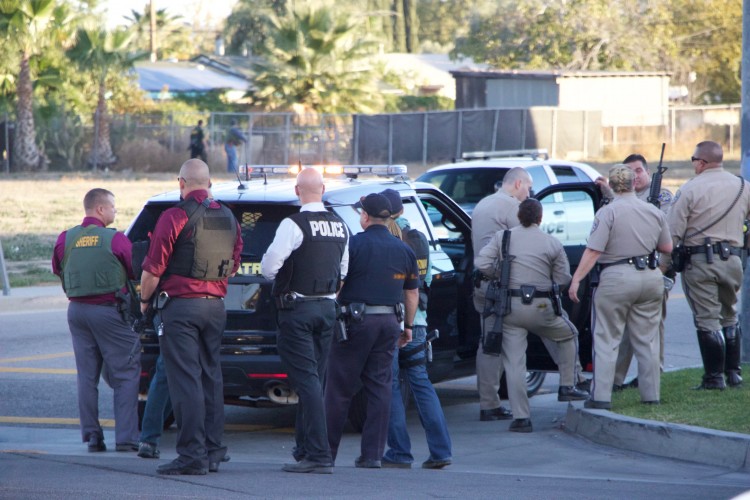