In recent years, we’ve heard a lot about how dysfunctional Congress and Washington have become. Some of that criticism was justified. Some of it is overblown and fails to take into account that, in a democracy, there’s nothing illegitimate about members refusing to surrender their principles. Yet there’s no doubt that the failure of Congress to pass a bill to fund efforts to deal with the menace from the mosquito-borne Zika virus is a disgrace for which both parties bear some of the responsibility.

The real takeaway from this dispiriting spectacle isn’t so much a lesson on why Congress is so unpopular, however, as it is a demonstration of the power Planned Parenthood wields over the Democratic caucus and the party’s confidence that, no matter what its members do, their liberal cheerleaders in the mainstream press will depict the Republicans as the villains of the story.

Funding for Zika was defeated in the Senate on Tuesday when Democrats voted it down. Like all Congressional spending bills, this one contained a variety of provisions that came out of the dickering between the two bodies. Among the “poison pills” that offended Democratic sensibilities was a provision that excluded Planned Parenthood from the funding, one that ended some ObamaCare funding, and another that removed environmental regulations that limit the use of pesticides against the insects that spread the disease. They also were dismayed—and rightfully so—that the Veterans Affairs Department funding bill to which the Zika help was attached was stripped of a measure that prohibited the display of Confederate flags at federal cemeteries.

Yet the reason this bill failed can be boiled down to one memo and the memories of the government shutdown crisis of 2013. Faced with the choice of either offending Planned Parenthood or failing to pass a bill that provided the Zika money they had been demanding be allocated for months, the Democrats chose the latter. Moreover, they did so because they were also sure that no matter how partisan and divisive their own behavior, Democrats have come to believe that the media will blame Republicans for any Congressional standoff.

The battle to get this bill drafted and passed was long and tortuous, as both parties alternatively maneuvered and grandstanded even as the time for dealing with a potentially devastating health crisis grew short. The Zika problem has primarily afflicted South America but it is heading north. Pregnant women are particularly at risk with those who contract the virus facing the possibility of coming down with microcephaly, a brain abnormality that can cause birth defects. With the summer mosquito season, the need for efforts to protect Americans is imperative.

For all of their special pleading, the Republicans did finally buckle down and produce a bill that made it through a conference. But Democrats were not prioritizing Zika. They did their best to shut down the House last week with a publicity stunt about gun control legislation that had no chance of passage and wouldn’t do much to deal with the threat of Islamist terror. House Speaker Paul Ryan had to shove the Zika bill through in the middle of the night to get it done before the July 4th recess.

But the key moment in the fate of the Zika bill came this week. As Politico reported:

On Tuesday morning, Planned Parenthood wrote all Senate offices opposing the bill, arguing that “a vote against this bill will be seen as a vote for women’s health care.”

While liberals like to talk about the power of the National Rifle Association over Republicans, the ability of that influential group to crack the whip over the GOP is nothing when compared to the way Senate Democrats responded to Planned Parenthood’s marching orders. There were other reasons given for their refusal to vote for the bill such as doubts about its funding, but those sorts of scruples never stopped Democrats from spending the people’s money before. They quickly fell in line with no defectors and successfully filibustered the Zika bill.

When they emerged from the chamber after sabotaging help for a medical crisis, they were unabashed. The blame game is business as usual on Capitol Hill but, listening to the Democrats, it was clear that it never occurred to them that any sort of dispute with the other party wouldn’t be depicted in the press as the fault of an obstructionist do-nothing GOP. That they would think that way even though it was the Democrats who were the saying “no” is remarkable. But it is also understandable given the way the mainstream media has been their echo chamber in the past few years.

No one comes out of this debacle with clean hands. The Republicans deserve criticism for overburdening the Zika bill with some of their ideological pet issues. But if the standard by which Congressional effectiveness has been measured is putting forward legislation that puts money where it is needed, the GOP passed that test. By contrast, Democrats were more concerned with trying to paint their opponents as bad guys and too dedicated to funding Planned Parenthood’s abortion mills to hold their noses and vote for a Zika bill that could save lives. That Democrats will campaign this fall as the defenders of women’s health care while claiming the GOP is waging a faux war on women after this disgrace shows that there is no limit to their hypocrisy. 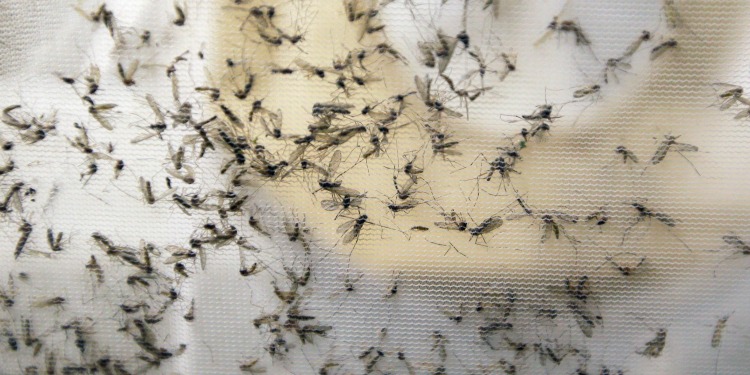