Concerned about French Jews under siege from a rising tide of European anti-Semitism, apparently some American Jewish philanthropists wanted to help. Their answer was to hire liberal political consultant Stanly Greenberg to come up with a report that might help the CRIF — the umbrella philanthropy that represents the French Jewish community — come up with better ways of connecting with their compatriots. But Greenberg’s answer seems more like a recommendation to just give up. According to JTA, which obtained a copy of the 70-page report prepared by the consultant for the CRIF, Greenberg thinks they should avoid mentioning Zionism and refer to themselves as “French citizens” rather than “French Jews.” But, like the advice Jewish tourists get for visits to France about not wearing jewelry or head covers that identity themselves as Jews, the advice from the former strategist/pollster for Bill Clinton and John Kerry seems to be rooted in an acceptance of anti-Semitism rather than doing something about it. If that’s the best American Jews can do for their French brethren, they might do better to do nothing at all.

Greenberg’s study is reportedly based on his work with a 70-person focus group that tested possible messages put out by the Jewish community. The results clearly reflect the way anti-Semitic attitudes have moved from the margins of European society in the wake of the Holocaust to the mainstream. The influence of a large immigrant Muslim population from North Africa combined with the acceptance of anti-Zionist ideology by French elites have, as in other Western European countries produced a toxic brew of hate.

But, if, as Greenberg probably rightly asserts, that Zionism is viewed as morally equivalent to jihadism by left-wingers and Muslims, the answer from Jews cannot be to abandon it.

It must be understood that Zionism is the natural expression of the Jewish people to the right to sovereignty in their ancient homeland. It is no more illegitimate than any other form of nationalism. Indeed, the embrace of anti-Semitism by Europeans in the 20th century only reinforced the logic of the modern Zionist movement. It was, after all, in Paris during the Dreyfus Affair that Zionism’s founding father Theodor Herzl realized that so long as the Jews were homeless, their future in Europe was impossible. Though he wrongly thought that the creation of a Jewish state would end anti-Semitism, Israel does give Jews a haven and the ability to defend themselves that, if it had been there in the 1930s, would have averted the Holocaust.

Those who would deny the Jews the right to a country and self-defense — rights that are denied to no other people on the planet — are behaving in a prejudicial manner. That’s why those who assert that anti-Zionism is not inherently anti-Semitic are wrong.

Too often in the last generation, Jews have sought to apologize and temporize, worrying that they are offending those who seek their destruction. But the problem is not that Jews or Israelis have been too assertive but that they have failed to stand up for the justice of their cause and of Zionism. It is that ideological vacuum into which the virus of traditional anti-Semitism has merged with Muslim prejudices toward Jews and left-wing ideology that wrongly claims that Zionism is a form of imperialism rather than the national liberation movement of the Jewish people. Anti-Zionism thrives because it is branded, as a reasonable point of view rather than just a new variant of the old hate for Jews.

Rather than flee from Zionism, Jews must stand up for it. Only by defending their rights, even in the face of both verbal and physical attacks, can Jewish life be preserved in Europe. A Jewish community that hides its Zionism the same way it hides Star of David necklaces under their shirts is one that is ultimately doomed. Given the strength of the new anti-Semitism and the willingness of seemingly decent and often liberal Western Europeans to accept it, it may be too late to save European Jewry from marginalization or worse in the coming years. But if there is to be any hope European Jews — and the Americans who wish to help them — must find the courage to stand up to the enemies of Israel and the Jewish people and call anti-Semites by their right names. Anything else is merely acquiescence to hate. We’ve already seen where that can lead when European anti-Semites are appeased. Surely that’s a strategy that should never again be tried. 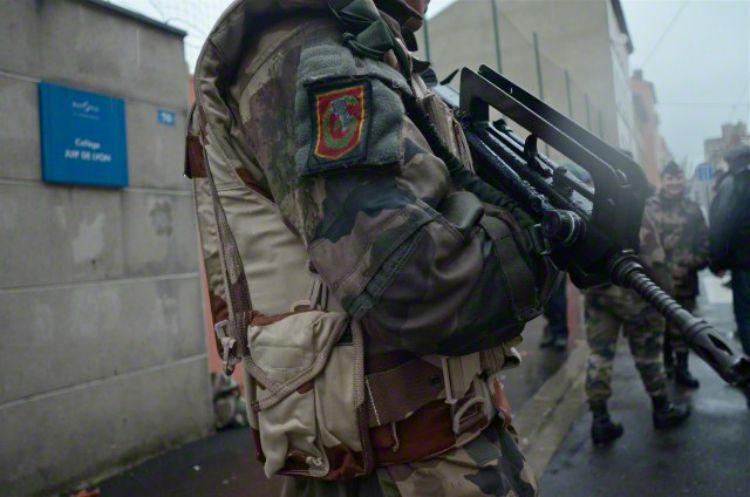