Two weeks ago, the small indie publisher Dzanc Books announced publication of a new novel by Hesh Kestin. The Siege of Tel Aviv, a clever and witty techno-thriller about a surprise attack against Israel, comes with an impressive endorsement from bestselling author Stephen King: “Hesh Kestin’s novel is scarier than anything Stephen King ever wrote—and then the fun begins as Israel fights back.”

But what happened next has, unfortunately, become an all-too-familiar scene in American publishing. A handful of literary activists immediately took to Twitter to denounce the novel as “racist” and “Islamophobic.” They were reacting to online promotional copy, which included this: “While the U.S. and the West sit by, the Moslem armies—taking a page from the Nazi playbook—prepare to kill off the entire population.” This was seen as inflammatory and “othering,” while there were objections to the spelling of “Moslem” as retrograde, though the book itself uses “Muslim” throughout. And they also suggested, again falsely, that the book mistook Iran for an Arab country.

After calls for the novel’s immediate cancellation, the rattled publisher tried issuing a conciliatory statement, apologizing for any offense and urging naysayers to at least give the book a chance and read it before condemning it. The complaints didn’t stop. Someone wrote an anonymous Amazon review saying the book “is a thinly veiled piece of IDF propaganda.”A literary review that had already posted a rave review panicked and pulled it from their website, claiming (again on Twitter) that it no longer met their standards. Dzanc Books even received angry messages from some of its own authors.

A few more days passed, a few more dyspeptic complaints surfaced, and the publishing company finally caved. Dzanc canceled publication. The publisher had “learned our lesson.” Kestin’s editor informed him that all unsold COPIES in their possession would be pulped.

Unfortunately for the book burners, their auto-da-fé was a bust. Kestin’s response was neither to hide or concede, but to run toward the sound of the guns. He is now self-publishing his novel with the help of Amazon and is likely to sell more copies thanks to the controversy than he would have without it. As the plot of his own novel illustrates, fighting against the odds is what Jews are good at. The problem with Kestin’s novel was never racism or Islamophobia. What enraged the Twitter mob was the book’s unreconstructed Zionism.

The premise of The Siege of Tel Aviv is an intentional echo of the 1973 Yom Kippur War, when multiple Arab armies, led by Egypt and Syria, nearly finished off the Jewish state. In this version, set in an unspecified future, Iran leads the invasion, and what tips the balance is the failure of the United States to come to Israel’s aid, as it had in real life in ’73. After the defeat, Israel’s surviving citizens are herded into central Tel Aviv, which becomes an overcrowded ghetto where they await either evacuation or annihilation.

Against this horrifying backdrop, Kestin mobilizes a slightly comical bunch of misfits and rebels—including a cross-dressing fighter pilot, a smooth-talking Russian gangster, and a resourceful Bedouin scout—who rally to undo the disaster before it’s too late.

What the novel is not is Islamophobic. Kestin did not have to invent Iranian threats to wipe Israel off the map. The mullahs and generals of Iran have been threatening that for decades. The first 100 pages are simply an Iranian wish-fulfillment fantasy run amok. The subversive joke of the novel is that it indulges Israel’s enemies and take seriously their rhetoric of annihilation. Does Israel have a right to exist? Anti-Zionists and anti-Semites think it’s a fair question. Kestin obliges them. From Al Aqsa preachers and Hamas leaders to Iranian mullahs and anti-Zionist op-eds—what if they all got their wish?

The novel’s satirical fury is not limited to its Muslim invaders. The American leadership hardly responds nobly. The U.S. President is an anti-Semitic Ivy Leaguer focused solely on his own reelection. (He jokes at one point that Israel’s tourist office should have used the slogan “Israel—see it while it exists.”) U.S. foreign policy is determined solely by the price of gas at America’s pumps. So when the Saudis threaten to cut off oil shipments, American neutrality is assured, and when six million desperate refugees are looking for a place to land, the U.S. and Europe politely demur. Sounds familiar.

The feckless Israeli political class takes its knocks, as well. Its doyens have been too busy celebrating an implausible peace offer to notice the disguised concentrations of armor assembling just across their borders. During the first wave, Iranian paratroopers drop into Jerusalem and take out the Prime Minister, the cabinet, and the Knesset.

The cancel-culture defamers trying to take down the book may not realize that Kestin is working within a popular literary tradition. Israel’s elimination at the hands of Muslim armies has become something of a contemporary fictional trope. In Jonathan Safran Foer’s Here I Am (2016), the Jewish state is crippled by a massive earthquake, then invaded by its Arab neighbors. In The Yiddish Policemen’s Union (2007), Michael Chabon imagines that Jewish refugees have settled in Alaska after the fledgling state of Israel is overrun by Arab armies in 1948.

As a former journalist who covered the Middle East for two decades, Kestin intends his dystopian fantasy to serve as a warning against complacency in the face of anti-Semitism and anti-Zionism, whether in the Middle East or the West. By giving it a Strangelove-ian satirical edge, the provocateur succeeds in leavening an otherwise depressing premise with enough humor to render his otherwise unwelcome message more palatable.

I caught up with the author by phone shortly after his publisher had caved to the self-appointed censors. He was in a forgiving mood and actually welcomed his newfound notoriety. “I want to sell books,” Kestin told me. “Now I don’t have to worry about advertising.”

Indeed he doesn’t. There has already been a run on the remaining hardcover copies available on Amazon, and there is interest from other publishers. But Kestin isn’t waiting for the cavalry. He has taken the unusual step of putting a free digital copy of the first half of the novel on his personal website and will continue selling the complete work on Amazon under his own imprint. It’s a smart marketing move. I defy anyone to read only the first half and then stop.

As to his former publisher and editor, Kestin says the parting was amicable. The company graciously turned over all their electronic files so Kestin could continue printing and selling books on his own. “They did what they are expected to do in society today,” he says. “They abandoned the norms that we old guys used to believe were sacrosanct: That you can have unpopular opinions. We have met the enemy, and he is us.” 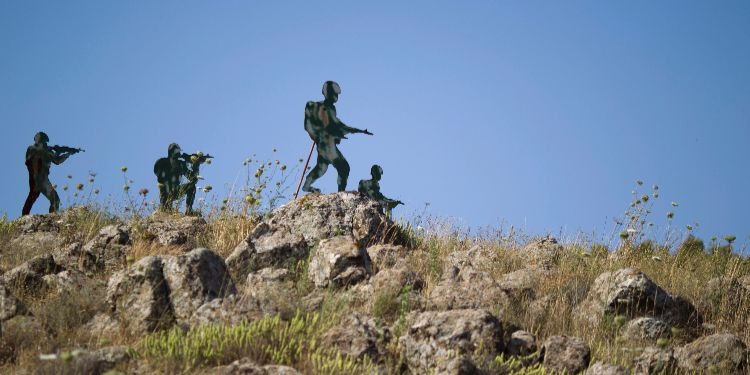