In January, the New York Times ran an article by its Jerusalem correspondent, Judi Rudoren, about a new documentary film entitled Censored Voices. The film is based on the original recordings of Israeli soldiers’ testimony from the 1967 Six-Day War—conversations that provided the basis for a 1968 bestseller entitled Siah Lohamim (Soldiers’ Talk) in Hebrew and published in the United States under the title The Seventh Day. The film includes material that wasn’t in the book, consisting of allegations of Israeli brutality and actions tantamount to war crimes. The film premiered at the Sundance film festival in Utah, but it’s been shown since then mostly at European festivals and it’s been running for over a month in Israeli theaters. It’s slated for American theatrical release in the fall.

Here at COMMENTARY, Jonathan Tobin did a quick dissection of the documentary as reported by Rudoren. The message of the film is, since the “occupation” of the West Bank is a sin, it must have arisen from an original sin, and that original sin was the very conduct of the Six-Day War. Even without seeing the documentary, Jonathan pretty much had it pegged.

But one aspect of the film’s back story especially intrigued me: The claim that the original transcripts of the tapes had been massively censored in 1967 by the Israeli military censor, so that most of the soldiers’ voices had been excluded from Soldiers’ Talk. In various interviews and in the film’s promotional material, the director Mor Loushy even put a figure on the extent of the official censorship: 70 percent of the original material had been axed. Not only had Israel committed crimes; it had silenced voices that dared to speak them. Censored Voices now gives us those voices.

Something about this tidy narrative seemed to me utterly contrived. Of course, Israel had (and has) military censorship. But the “silencing” trope has become so fashionable on the Israeli left that I wondered whether the 70-percent story might be an exaggeration or fiction, deliberately quantified so as to lodge itself in the minds of audiences. So I looked deeper into the editorial history of Soldiers’ Talk.

Read the results of my investigation over at Mosaic Magazine. It turns out that there was massive censorship of Soldiers’ Talk back in 1967. But the official censor didn’t do it. The man who did do it is, in fact, the hero of Censored Voices, and he’s facilitated and promoted the film. It’s one of the stranger stories out of Israel you’ll read this year. In the course of it, I also ask whether the stories chosen for Censored Voices, especially those alleging expulsions of Palestinians and killings of prisoners, are either reliable or meaningful to our understanding of the Six-Day War.

The fall theatrical run of Censored Voices will be designed to qualify it for a possible Oscar nomination in the documentary feature category. That means it will have to play in Manhattan and Los Angeles theaters, and be reviewed in the prestige press. Hopefully, my piece will lead viewers and reviewers to ask some hard questions that the makers of Censored Voices so far have managed to avoid.

“Who Censored the Six-Day War?” by Martin Kramer, here. 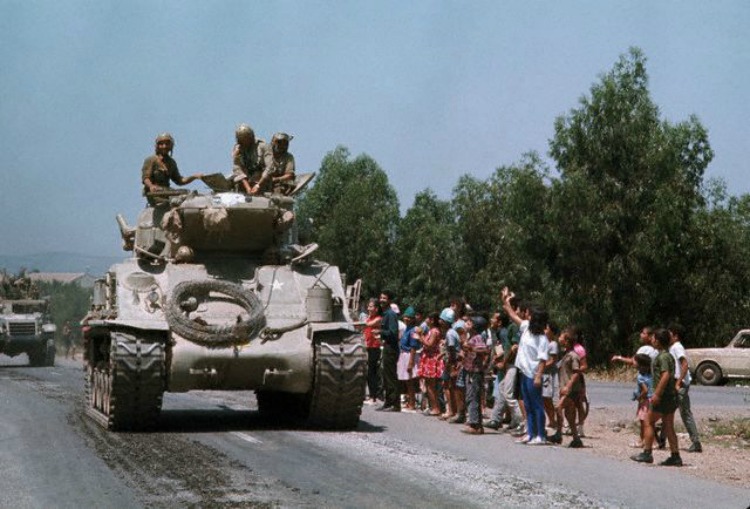