J.J. Goldberg at the Forward has been running a campaign to persuade Americans that Israel’s intelligence community is at odds with Prime Minister Benjamin Netanyahu over the Iran deal. Not only the preponderance of retired professionals but also currently serving ones, dissent from Netanyahu’s read of the deal. Netanyahu can’t silence the former, but he’s given a “gag order” to the latter — to no avail. Military intelligence has even produced a “surprising,” “game-changing” assessment that undermines him completely, according to which the “upsides [of the deal] aren’t perfect,” but “the downsides aren’t unmanageable… The disadvantages are not too calamitous for anyone to cope with them.” Military intelligence sees “an imperfect but real opening in Iran. It believes that opportunities are being lost.” Netanyahu’s own “diagnosis doesn’t match his own intelligence.”


It’s all polemical and politicized nonsense.

A real expert, Emily Landau (at the Institute for National Security Studies in Tel Aviv) has already taken Goldberg to the woodshed about the retired professionals (Goldberg has a weird predilection for calling them “spooks”). Landau, without naming the names of these “experts,” points out that Iranian politics and nuclear issues are well beyond the expertise of most of them. Not everyone with a pension and an opinion is equal. And most of those who think that Israel should back off a fight over the deal still think it’s a bad one. They just argue that it’s inevitable anyway, so why provoke Barack Obama? This isn’t support for the deal, it’s resigned acquiescence. (The military correspondent of The Times of Israel did a parallel debunking, after the White House began to tweet similar claims.)

But what about the “game-changing” assessment by those who serve now? Goldberg is referring to an analysis prepared by Israel’s military intelligence branch (Aman), which was presented to Netanyahu and the political echelon. The main points of the analysis appeared immediately in the Israeli press. To read Goldberg, you’d think that this document is an endorsement of the Iran deal, and that the deal’s flaws are equally balanced by its advantages. Neither Goldberg nor I have seen this document. But even a cursory reading of the press reports (here, here, and here) show that it’s not what Goldberg claims it is.

Yes, the intelligence assessment is that Iran won’t be able to build a bomb under the terms of the agreement. (That is, if Iran doesn’t cheat—the assessment says the mechanisms for inspection are flawed.) Iran might even show short-term restraint over support for terror, to consolidate its gains from sanctions relief. But the estimate also holds that when the agreement expires, Iran will be only weeks away from a nuclear breakout. In the meantime, Iran gains undeserved legitimacy from the deal, which provokes Arab states to stock up on conventional weapons and accelerate their own nuclear programs. Some of these programs could be militarized over time. The bottom line of the assessment, as reported in the press, is that the risks of the deal outweigh the opportunities. (This formula appears in more than one press report. Goldberg omits it.)

The reason that this “game-changing” assessment isn’t turning the world upside-down is simple. It isn’t “game-changing.” Goldberg’s headline announces that it’s the report “That Bibi Fears,” for “defying the gag order.” But I doubt that Netanyahu experienced even a moment’s discomfort upon hearing it, and it hasn’t been “game-changing” or even especially noteworthy in Israel. Leave it to Goldberg to cherry-pick a few bullet points from the assessment and inflate the whole thing into some sort of insurgency. He’s counting on readers of the Forward not to know any better.

He also elides an important point about the authors of the brief. At one point, Goldberg writes that earlier Israeli press reports flagged “trepidation within the military” among officers who “feared retribution.” The link at “press reports” leads to just one, a piece by Haaretz military correspondent Amir Oren. In that piece, Oren attacks the head of military intelligence, Maj. Gen. Herzl Halevi, and the chief of the research division, Brig. Gen. Eli Ben-Meir, for backing Netanyahu. Oren accuses the two generals of “falling into line toward the right. Eating with their mouths closed, in unison. Hiding any disturbing thoughts.” (Oren doesn’t explain how he’s accessed these thoughts.) Oren claims “there are those in the Intelligence Corps, including those in the research division dealing with Iran, who have a very positive view of the nuclear agreement.” But Halevi and Ben-Meir have “concealed them from the public,” and in doing so, are “in breach of their national duty.”

Oren (and his newspaper) never stop grinding their axe against the prime minister, but even Oren admits that the top heads of military intelligence are on board with Netanyahu (“falling in line,” in his demeaning words). Indeed, they’re the ones who (he alleges) are silencing “those” analysts further down the chart. (Who or how many are “those,” if they exist? Anyone’s guess.) Yet Goldberg would have us believe that these same two generals have just delivered an assessment that blows away Netanyahu’s case against the deal.

Well, the “eruption of dissent” is imaginary, and so is the “gag order.” Debates in Israel’s intel community not only occur; they’re encouraged (there’s even an officer in military intelligence who’s a designated “devil’s advocate”). Likewise, it’s vital for Israeli planners to think about the day after a done deal on Iran, and how Israel can make the most of it. But that’s all it is. Goldberg’s latest job is a conspiracy theory for the gullible. You don’t have to be an intel officer to know that it’s a red herring. 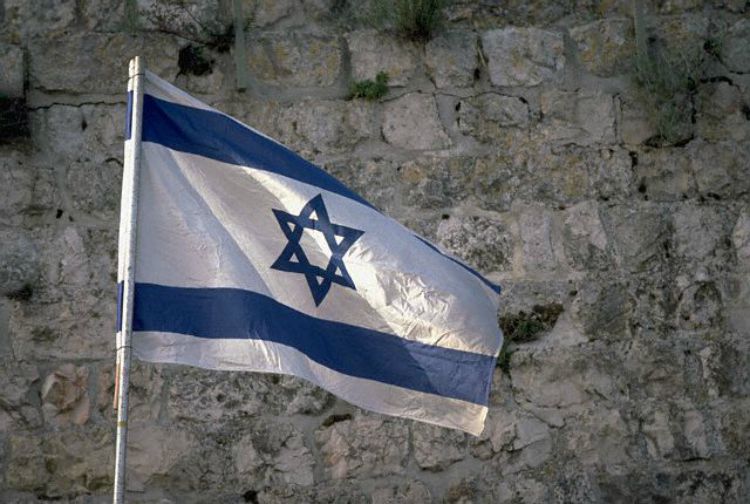